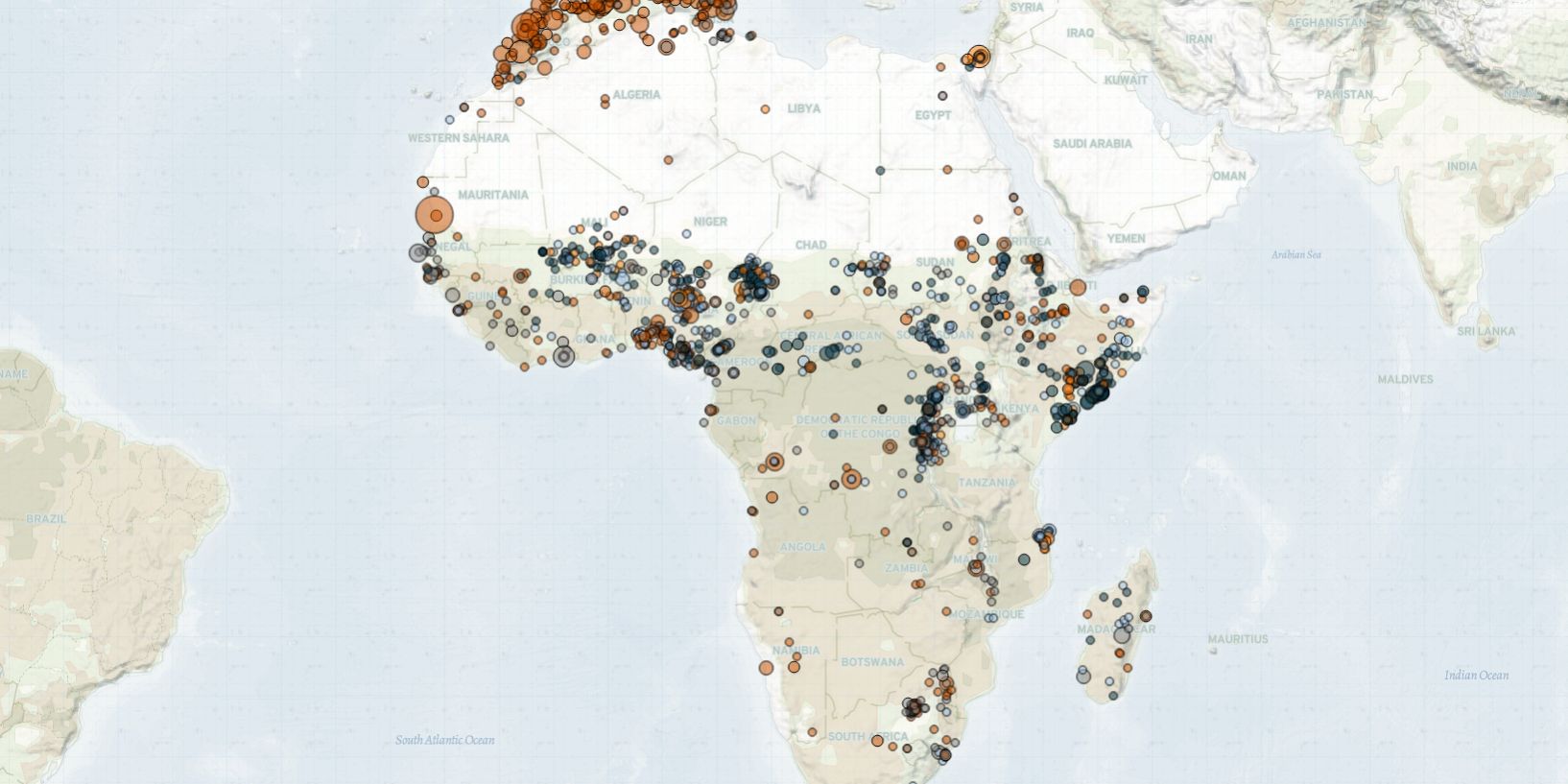 In Senegal, violent demonstrations erupted following the arrest of opposition leader Ousmane Sonko on rape charges. Multiple fatalities were reported as state forces used live ammunition during clashes with demonstrators, in one of the most significant outbreaks of violence in Senegal in recent decades. In response to the demonstrations, state authorities blocked the broadcasts of two television channels covering the demonstrations, and restricted internet access in the country (Reuters, 6 March 2021). Sonko’s supporters have alleged that the charges are politically-motivated, amid reports that President Macky Sall intends to run for a presently unconstitutional third presidential term in 2024 (DW, 6 March 2021).

In Sudan, there was a flair-up in communal violence in Darfur. In South Darfur, Fellata pastoralists attacked the Masalit-inhabited neighborhoods of Gereida town. Multiple people killed across two days of violence and an unspecified number of people from the Masalit community were displaced. In North Darfur, Fur, and Tama armed groups engaged in deadly clashes in Saraf Omra. Meanwhile, in West Darfur, an attempted prison break was staged at Erdamata prison in El Geniena, using an explosive device. Some of the escapees were linked to a massacre of Masalit civilians at the Krinding IDP camps in January.

Fighting involving rebel groups and state military forces was reported in the borderlands between Rwanda and Burundi. Rwandan and Burundian military forces clashed after Rwandan forces pursued National Liberation Front (FLN) and Democratic Forces for the Liberation of Rwanda (FDLR) fighters across the border into Burundi. The latest clashes have come during a period of tentative improvements to strained relations between the two countries (RFI, 5 March 2021).

In Somalia, Al Shabaab militants launched an attack on the central prison of Bosaso in Puntland. Al Shabaab claimed to have released over 400 prisoners during the attack. Meanwhile, at least 20 people were killed when Al Shabaab militants detonated an explosive-laden vehicle at the Luul Yemeni restaurant in Mogadishu. It was the second time that Al Shabaab had targeted the restaurant, following a suicide bombing in August 2020.