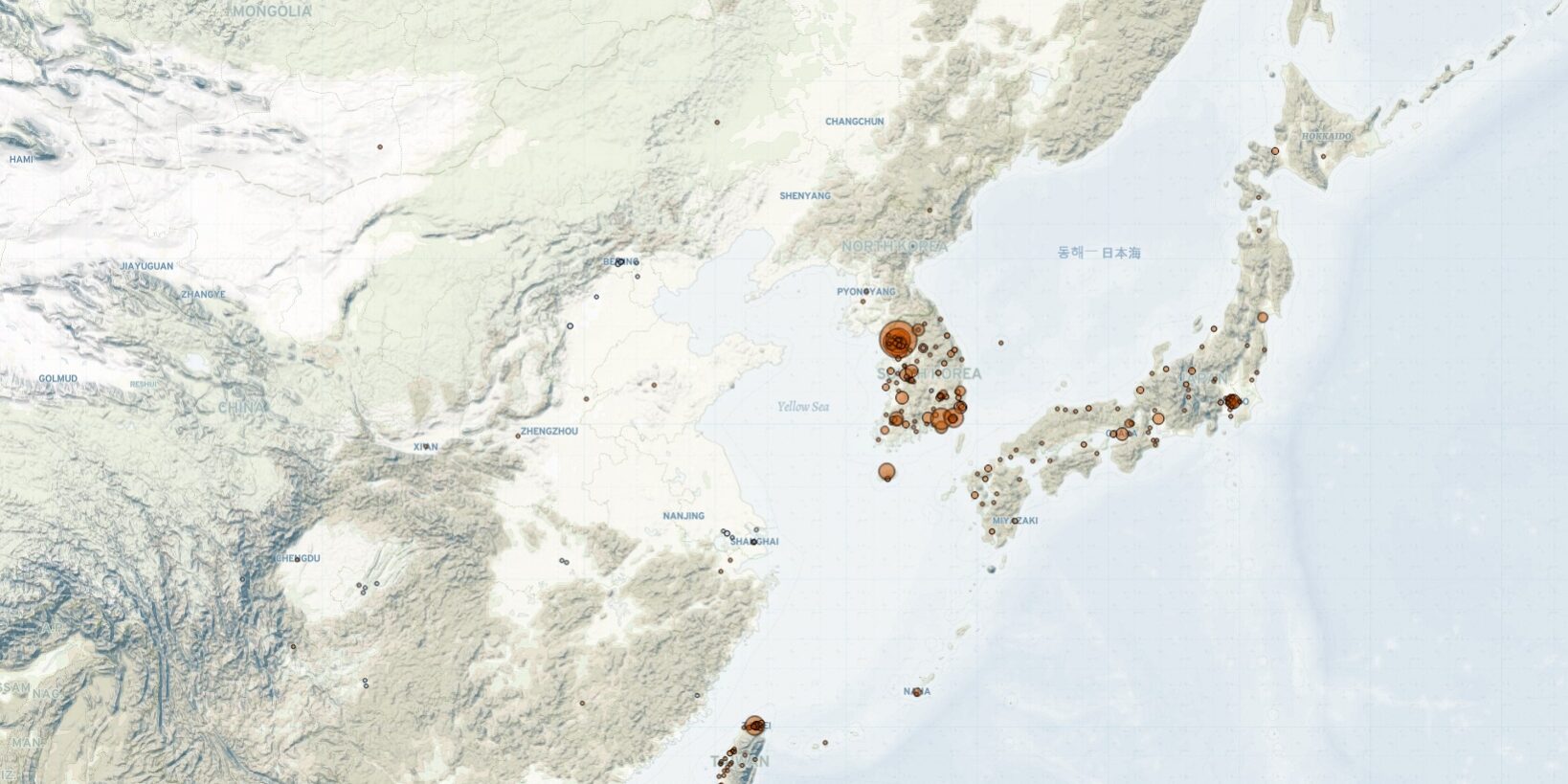 Last week in East Asia, protests for and against the passing of a resolution by the central government to reform Hong Kong’s electoral system were held. Also in Hong Kong, an investigation into sources of funding for an influential coalition of pan-democratic political parties and NGOs prompted a number of groups to withdraw from the coalition. In Mongolia, a women’s group demonstrated in the capital city against coronavirus vaccinations, arguing that the vaccine might alter human DNA. In South Korea, protests related to the upcoming mayoral elections in Seoul and Busan, and a land speculation scandal involving employees of a state-run company, continue to be held. Additionally, civic groups protested last week in South Korea against the signing of a cost-sharing defense agreement between South Korea and the US.

In Hong Kong, top officials from Beijing hosted a closed-door event to gather opinions from a thousand individuals — including pro-establishment politicians and other Hong Kong government officials — on the implementation details of the overhaul of Hong Kong’s electoral system (HKFP, 17 March 2021). The event followed last week’s near-unanimous vote by the central government in China to pass a resolution to reform the electoral system, which is expected to reduce democratically-elected representation in the Legislative Council. Outside the event venue, members of the pro-democracy party League of Social Democrats held a protest march — the first public protest in opposition to the central government’s decision. Meanwhile, pro-establishment citizen groups and politicians also held protests during the week to express their support for electoral reform.

Also in Hong Kong, many major pro-democracy political parties, community groups, student organizations, and labor unions announced their withdrawal from the Civil Human Rights Front (CHRF) (SCMP, 15 March 2021). The exodus from the coalition came after a 5 March Singaporean media report cited insider sources claiming that the CHRF was under probe for allegations that it had violated the National Security Law (HKFP, 19 March 2021; Lianhe Zaobao, 5 March 2021). As well, pro-Beijing and state media alleged last week that the CHRF received funding from the US nonprofit National Endowment for Democracy, which is itself largely funded by the US Congress (Global Times, 15 March 2021). Since its formation in 2002, the CHRF has played a key role in Hong Kong’s pro-democracy activism. It was the main organizer of some of the largest demonstrations during the 2019 anti-extradition bill movement, as well as the annual 1 July protest marches that mark the anniversary of the 1997 Sino-British handover.

In South Korea, various groups of protesters demonstrated ahead of the April mayoral by-elections for Seoul and Busan. Women’s groups and the opposition People Power Party (PPP) protested, demanding the ruling Democratic Party (DP) withdraw its candidate and take responsibility for the alleged sexual harassment committed by the former DP mayor (Yonhap News Agency, 18 March 2021; EDaily, 18 March 2021). Academics and environmental groups criticize the PPP Busan mayoral candidate for his alleged involvement in an illegal surveillance scandal (News 1, 17 March, 2021; NEWSIS, 17 March 2021). Further, labor, anti-nuclear, and animal rights groups held press conferences in Seoul and Busan last week to voice their demands to the mayoral candidates (The Korea Times, 15 March 2021; Busan Ilbo, 18 March 2021; Busan Ilbo, 16 March 2021). Protests related to the elections are expected to continue in the coming weeks. With one year to go before South Korea’s presidential election, the mayoral elections for Seoul and Busan are seen as a barometer of public support for political parties (Yonhap News Agency, 7 March 2021).

Also in South Korea, public uproar over a land speculation scandal involving employees of a state-run company continues to fuel protests across the country. Members of opposition parties, farmers, and students held protests last week urging authorities to investigate government officials accused of taking advantage of insider information to make profits from land speculation. They also demand the enactment of the Conflict of Interest Prevention Act and the revision of the Farmland Act to prevent further corruption from being committed by public officials (Yonhap News, 16 March 2021; News 1, 14 March 2021). This development might bring additional protests amid the upcoming mayoral by-elections. The scandal has eroded public support for the current president and the ruling party, and hence might impact the outcome of the election (The Korea Times, 15 March 2021).

Lastly, in South Korea, civic groups held rallies across the country to protest against the signing of a deal on defense cost-sharing between South Korea and the US (Yonhap News Agency, 16 March 2021). During a visit of the US Secretaries of State and Defense on 18 March, South Korea and the US signed the 11th Special Measures Agreement (SMA), stipulating that South Korea should increase their financial commitments towards US forces based in South Korea (The Korea Herald, 18 March 2021). Protests were held nationwide to oppose the recent agreement (News1, 17 March 2021; Yonhap News Agency, 18 March 2021). Protesters oppose the South Korea-US alliance and criticize the SMA, claiming that the government’s current approach will not bring peace to the Korean peninsula. More protests are likely as the SMA has yet to be ratified by the National Assembly.