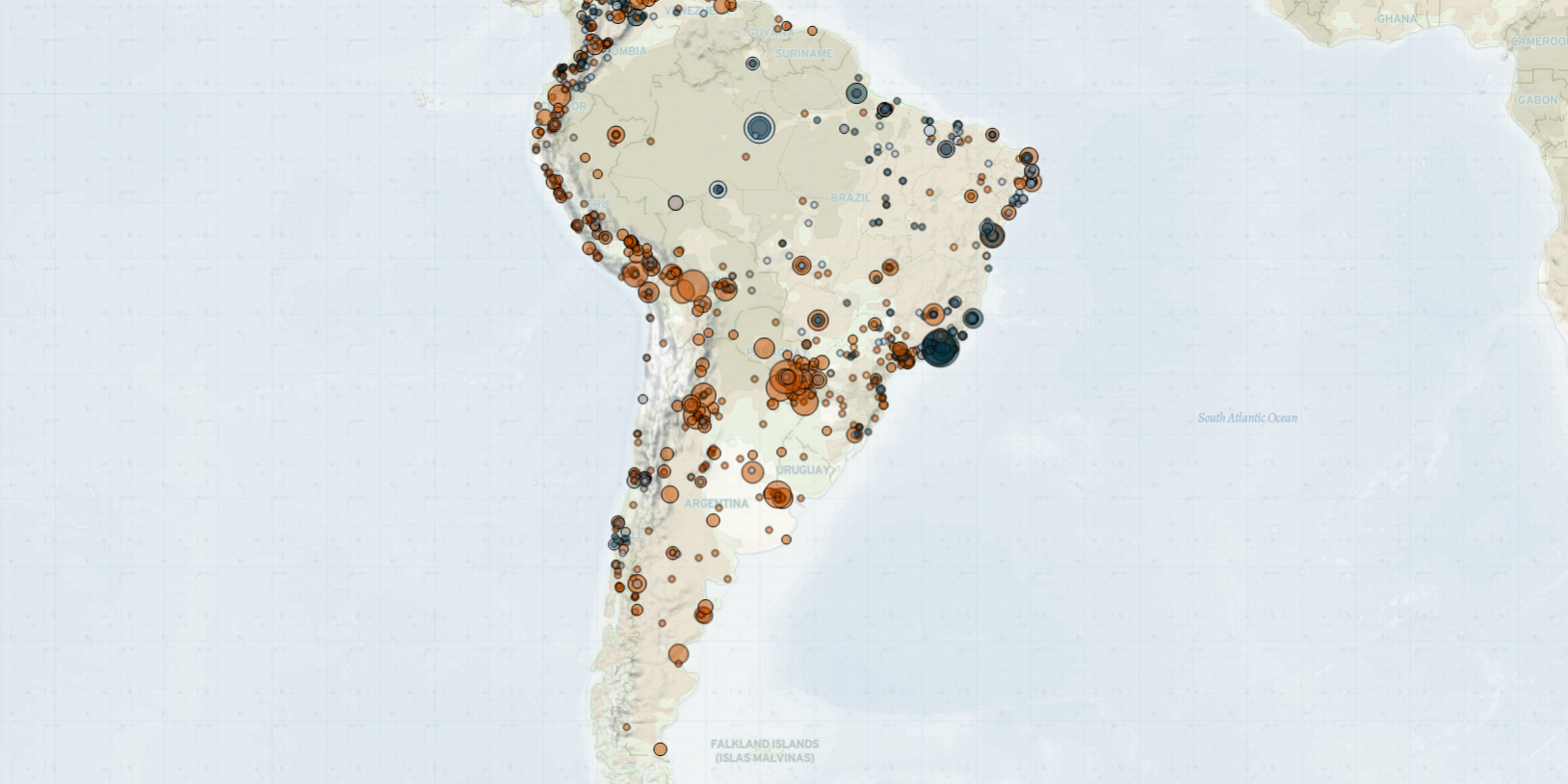 Last week in South America, fighting between Venezuelan military forces and dissidents of the Revolutionary Armed Forces of Colombia (FARC) continued for the second consecutive week in Apure state. In Colombia, clashes between state forces and FARC dissidents were reported in the Pacific region. In Brazil, disorder significantly decreased amid a rising coronavirus death toll. In Argentina, conservative groups led protests against the Abortion Law that was approved by the Senate in December 2020. Finally, in Chile, the government proposed the postponement of elections for the Constitutional Assembly planned for 10 and 11 April due to an increase in coronavirus infections in the country.

In Venezuela, intense clashes continued last week for the second consecutive week between Venezuelan state forces and FARC dissidents in the La Victoria and El Ripial area, Apure state — a region bordering Colombia. Since 21 March, at least four military officers and 15 dissidents have been killed, according to the Venezuelan government (El Pitazo, 2 April 2021). However, human rights organizations report widespread abuses by government forces against the civilian population in the area, including extrajudicial killings, arbitrary arrests, and looting (AlJazeera, 2 April 2021), though these charges are denied by the Venezuelan government. In the past two weeks, more than 5,000 people have fled from Venezuela to seek refuge in the Arauca department in Colombia (Proyecto Migracion Venezuela, 6 April 2021). This border region has been a key route for drug trafficking as it is between a mountain range and the tropical grassland plain known as “Los Llanos” (Efecto Cocuyo, 6 April 2021). The terrain’s sparsely populated area and the mountains offer a favorable territory for hidden routes.

Additionally, in Colombia, clashes were reported in the departments of Nariño and Cauca. In El Charco municipality, Nariño, two unidentified armed groups engaged in a four-day battle, resulting in the displacement of thousands of civilians (El Colombiano, 29 March 2021). Similarly, in Argelia municipality, Cauca, nearly 2,000 people had to flee the area following clashes between state forces and different dissident groups of the FARC (El Espectador, 28 March 2021). At least five dissident FARC members were killed (El Tiempo, 2 April 2021). The Pacific region of Colombia has been affected by a turf war between armed groups that seek control over illegal economic markets previously controlled by the now demobilized FARC (Pares, 28 May 2020).

The recent spike in fighting against FARC dissidents is part of a recent attempt by both the Venezuelan and Colombian governments to curb the control of these groups on illegal markets in strategic regions (InSight Crime, 30 March 2021). Both FARC dissidents and the National Liberation Army (ELN) have been increasing their influence in illegal mining and drug trafficking activities in both countries. In recent years, the increase in armed group activities is often perceived as a direct consequence of the Colombian government’s failures to fully implement the guidelines of the 2016 Peace Agreement (DW, 24 March 2021). Additionally, the Venezuelan government has often been accused of being permissive about the presence of these groups in its territory (Reuters, 31 August 2019). In 2019, during a meeting of left-wing organizations in Latin America, President Nicolás Maduro explicitly noted that two high-figure leaders of FARC dissident groups were welcome to seek refuge in Venezuela (BBC, 30 August 2019).

In Brazil, demonstration events decreased by half, as several municipal and state governments implemented stricter quarantine measures due to a sharp increase in the number of coronavirus infections across the country (Agência Brasil, 25 March 2021). Nevertheless,  coronavirus-related demonstrations continue to be reported. Across São Paulo state, bus drivers took to the streets to demand better efforts to vaccinate people against the coronavirus. In Ubatuba city, a traditional beach destination in the state, residents set objects on fire on the highway to prevent tourists from accessing the city. The event follows the municipal government’s decision to bring forward 2021 and 2022 holidays in an attempt to reduce the movement of people and the spread of the virus. Many people ignored the measures and traveled to coastal towns, adding pressure to the already burdened health services in the area (R7, 27 March 2021). On 6 April, the state of São Paulo alone recorded 1,389 daily deaths from COVID-19, the highest daily number recorded in a Brazilian state since the beginning of the pandemic (G1, 6 April 2021).

Furthermore, protests in support of President Jair Bolsonaro were reported as the anniversary of the start of the military dictatorship in 1964 in Brazil was marked on 31 March (Correio Braziliense, 31 March 2021). Protesters gathered to call for a military intervention led by Bolsonaro. The events took place a day after the resignation of the Army, the Navy, and the Air Force commanders, following the resignation of the Minister of Defense on 30 March. The resignations are seen as an attempt to prevent Bolsonaro’s political interference in the Armed Forces (G1, 30 March 2021; The Washington Post, 30 March 2021). Although thousands of members of the Armed Forces hold government positions under Bolsonaro’s mandate, the president has been pushing for more explicit demonstrations in support of his far-right ideology, especially on social media (BBC, 30 March 2021).

Meanwhile, in Argentina, conservative groups and Christians protested last week, demanding the annulment of the Free Abortion Law. The protests were carried out on the Day of the Unborn Child in Argentina on 25 March. In December 2020, the Senate approved legislation that legalized the termination of pregnancy up to the fourteenth week. The law had the support of President Alberto Fernández and feminist groups, who became known for their use of green scarfs (pañuelos verdes, in Spanish) during protests. Argentina became only the third South American country to legalize elective abortions — a landmark move for the conservative region (BBC, 30 December 2018). The Catholic Church still wields influence in the country, as does a growing evangelical community.

Lastly, in Chile, president Sebastián Piñera requested that Congress reschedule elections for the Constitutional Assembly planned for 10 and 11 April (BBC, 29 March 2021). The electorate is expected to choose the commission to rewrite the country’s constitution, which dates back to the military dictatorship in the 1980s. The request was made after a significant increase in reported coronavirus cases, which led the national government to announce a nationwide curfew and the closure of the country’s borders for 30 days (AFP, 1 April 2021).