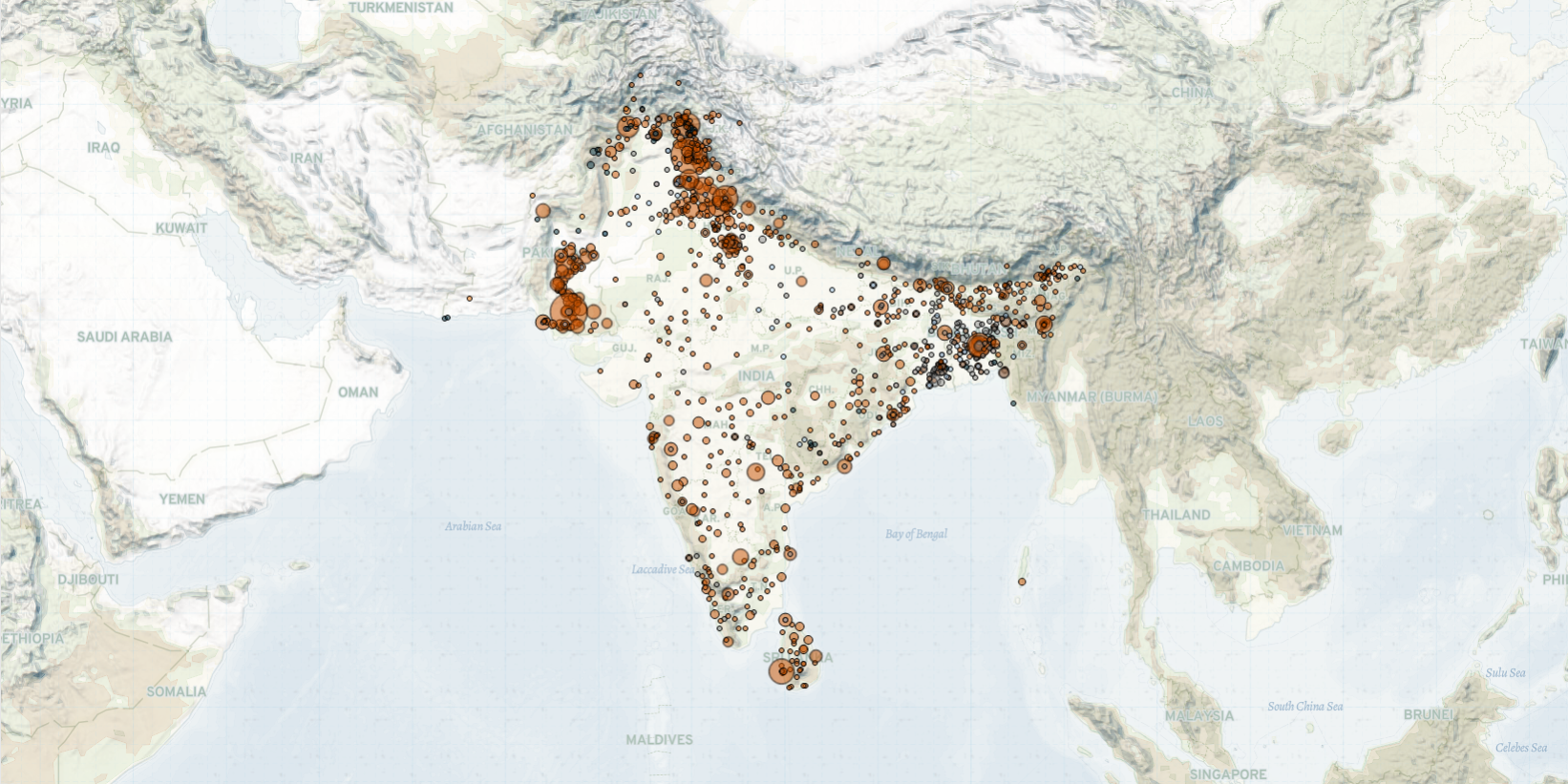 Last week in South Asia, Baloch separatists attacked Pakistani security forces in response to military operations in Balochistan province. In India, security forces clashed with domestic militants in Jammu and Kashmir (J&K) and Naxal-Maoists in the Red Corridor during anti-militant operations. The beginning of the state assembly elections in some Indian states led to clashes between political rivals, as well as between voters and authorities, over election irregularities. Lastly, Bangladeshi religious groups clashed with police while continuing to demonstrate against the visit of the Indian Prime Minister.

In Pakistan, Baloch separatists launched attacks against security forces and army checkposts in Balochistan province while resisting anti-militant operations. Several soldiers were allegedly killed during an ambush by the Baloch Liberation Army (BLA) in Bolan town. Meanwhile, Balochistan Liberation Front (BLF) militants targeted an army checkpost in Turbat city, killing one soldier and a civilian. The BLA also issued a press release claiming responsibility for killing at least nine soldiers in a remote explosion in Kohlu district. That attack was conducted in response to alleged army operations against Baloch civilians (Sayhoon News, 30 March 2021). Several international organizations and institutions, including Human Rights Watch and the United Nations, have found that state forces have abducted and forcibly disappeared Baloch civilians during anti-militant operations (Al Jazeera, 9 March 2021; for more on Baloch separatism, see this ACLED piece).

In India, security forces clashed with domestic militants during operations in the J&K region. Two Hizb-ul-Mujahideen (HM) and Lashkar-e-Taiba (LeT) militants and an Indian soldier were killed during a cordon and search operation in Shopian district. Two Al Badr militants and a LeT militant were also killed during an operation in Pulwama district. After the recent agreement between the Indian and the Pakistani army to observe a ceasefire along the Line of Control (LoC), Indian forces have focused on increasing anti-militancy operations in J&K (New Indian Express, 29 March 2021). Meanwhile, LeT and the Resistance Front, a militant outfit with suspected links to the LeT, killed two government officials and a police officer in Sopore town in a presumed targeted attack last week (Outlook India, 2 April 2021). Last week’s joint militant actions indicate potential alliances between domestic militant groups aimed at pooling resources to respond to security forces that have increasingly targeted them.

Elsewhere in India, Naxal-Maoist violence decreased slightly last week compared to the week prior as police teams prevented possible attacks by rebels. At least five Maoists, including a top-ranked operative, were killed during a two-day operation in a jungle in Maharashtra state. Two days earlier, police had seized pressure cooker bombs from the area, which had reportedly been a part of the rebels’ planned attack against security forces (The Free Press Journal, 30 March 2021). In Chhattisgarh state, police received intelligence which led to the seizure of IEDs and a grenade launcher after an encounter with Maoists.

Incidents of electoral violence continued in several Indian states before and during the state assembly elections. With the start of the West Bengal elections on 27 March, a member of the ruling Trinamool Congress Party (TMC) and an opposition Bharatiya Janata Party (BJP) member were killed in two presumed targeted attacks. Of all Indian states, West Bengal has been home to the most electoral violence in 2021 thus far, according to ACLED data — a trend corroborated by police records (Arab News, 1 April 2021). In the state elections, BJP seeks to challenge TMC and a decade of rule by Chief Minister Mamata Banerjee, who is a critic of Prime Minister Modi (Arab News, 1 April 2021).

Meanwhile, in Assam state, police fired at voters who were reportedly trying to prevent poll officials from taking Electronic Voting Machines (EVM) after polling, alleging they were rigged (Hindustan Times, 2 April 2021). Hundreds of voters tried to seize EVMs in two other locations after finding out that one of the machines was transported by a BJP candidate (Deccan Herald, 2 April 2021). In Kerala, Tamil Nadu, and Odisha states, sporadic clashes between political rivals were reported prior to the elections.

Lastly, in Bangladesh, the visit of Indian Prime Minister Narendra Modi to celebrate 50 years of Bangladesh’s independence incited more violent demonstrations and clashes last week than the week prior. Islamic advocacy group Hefazat-e-Islam (HeI), other religious groups, and students all demonstrated against the visit of India’s Hindu nationalist leader, accusing him of discriminating against Muslims and for fueling communal attacks against them (Al Jazeera, 29 March 2021). At least 13 HeI activists and their supporters died last week as police opened fire on thousands of demonstrators who blocked roads, burnt tires, and vandalized Hindu temples across the country. The HeI enforced a nationwide strike on 28 March, denouncing the police killings, which led to further clashes with authorities (Reuters, 28 March 2021).

Katerina Bozhinova is the Partnership Officer at ACLED. She holds a BA in Political Science and International Relations and an MSc in Sustainable Resource Management. Her research interests include land rights and environmental governance and policy.
7 April 2021
Share
TweetShare on Twitter Share on FacebookShare on Facebook Share on LinkedInShare on LinkedIn