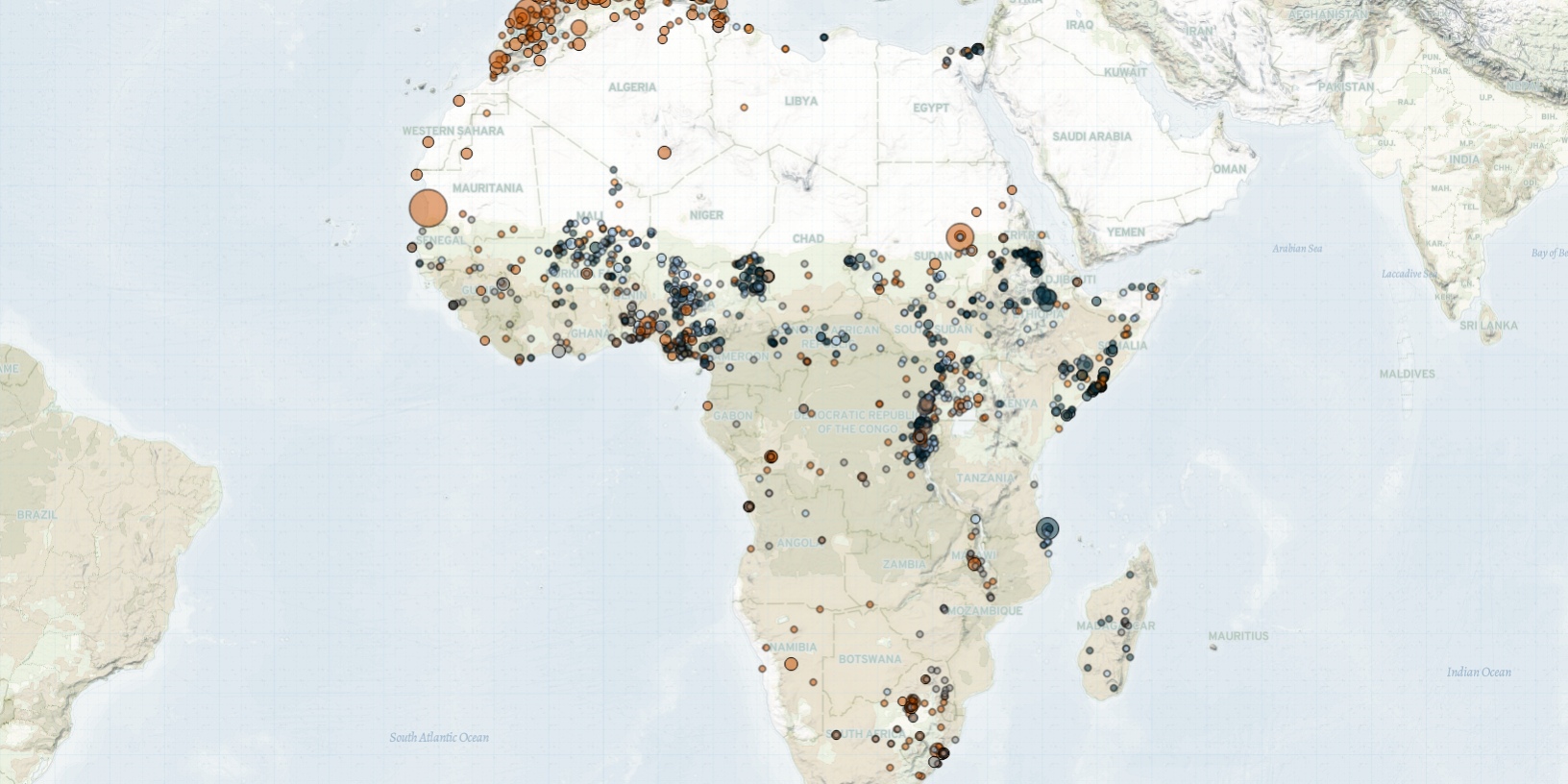 Last week in Africa, Moroccan forces killed the Polisario gendarmerie chief during an operation in Western Sahara; a major armed group announced their withdrawal from the Coalition of Patriots for Change rebel alliance in the Central African Republic; and several days of heavy intercommunal violence broke out in the Sudanese state of West Darfur.

In the Western Sahara region, Moroccan state forces targeted a Polisario Front convoy in an apparent drone strike during a military operation in Polisario-controlled territory. The strike resulted in the death of the Polisario chief of gendarmerie.

In Benin, demonstration events increased significantly in the lead-up to the presidential elections, as opposition supporters intensified their campaign against President Patrice Talon’s re-election campaign. At least four people were killed during clashes with state forces.

Attacks by suspected Jama’at Nusrat al-Islam wal-Muslimin (JNIM) militants continued in the Central Sahel. In Burkina Faso, presumed JNIM militants launched an ambush against joint gendarmerie and Volunteer for Defense of Homeland (VDP) forces in the village of Lopiengou in the eastern region of Gourma, resulting in fatalities and casualties on both sides. Suspected JNIM militants also attacked a Malian army base in the town of Konna in the central region of Mopti in Mali. The military forces repelled the attack, killing a dozen militants. In Niger, presumed JNIM militants attacked military forces in Tamou in the Tillaberi region.

In the Central African Republic, the leader of the Union for Peace in the Central African Republic (UPC), Ali Darassa, announced the group’s withdrawal from the Coalition of Patriots for Change (CPC) and a desire for the reinstatement of the Khartoum Peace Agreement (Corbeau News, 8 April 2021). Despite the withdrawal announcement, CPC rebels continued to launch operations, attacking military positions in Yelewa and Niem in Nana-Mambere prefecture, and kidnapping World Vision aid workers on the outskirts of Bocaranga in Ouham Pende prefecture. Military forces took back territory this week in the sub-prefecture of Aba of Nana-Mambere prefecture, which had been controlled for several years by Return, Reclamation, Rehabilitation (3R), a CPC-affiliated armed group.

Ongoing insecurity in the Democratic Republic of Congo prompted a string of demonstrations in North Kivu province, led by civil society members, students and Fight for Change (LUCHA) activists, calling for the departure of United Nations peacekeeping forces (MONUSCO). Several demonstrators were killed by intervening security and MONUSCO forces. Meanwhile, Allied Democratic Forces (ADF) militants continued to carry out attacks in North Kivu and Ituri. 16 civilians were killed during attacks on the villages of Maelekwe and Mangila in Beni territory. ADF fighters also kidnapped more than 20 people in the villages of Mungwanga and Mangeleza, in Irumu territory.

In Sudan, several days of heavy fighting broke out in West Darfur state between Masalit and Rizeigat militias, with the latter reportedly backed by gunmen from Chad. More than a hundred people were killed in the fighting and hundreds more wounded. Heavy displacement of civilians, as well as looting and destruction of property were also reported amid the clashes.

Outbreaks of intercommunal violence were reported across multiple regions in Ethiopia, including the Southern Nations, Nationalities, and People’s Region (SNNPR), as well as the Oromia and Afar regions. Clashes between the Shane splinter faction of the Oromo Liberation Front (OLF) and federal forces were reported at Abe Dongoro in the Oromia region, resulting in dozens of militant fatalities. Meanwhile, violence continued to be reported in the Tigray region. In North Western Tigray, Ethiopian soldiers shot and killed dozens of civilians during an attack on the town of Selekleka.

In Somalia, Al Shabaab launched twin attacks on military bases in the villages of Awdheegle and Bariirre, in the Lower Shabelle region. In both cases, Al Shabaab instigated their attacks by detonating vehicle-borne explosive devices. Meanwhile, Puntland security forces launched operations targeting Islamic State (IS) militants in Bari province. At least two dozen IS militants were killed during the operations.

Ladd Serwat is the Central Africa Assistant Research Manager at ACLED. He is a PhD Candidate at the University of Sussex in International Development, having completed a MSc in African Development with the London School of Economics and a BA in International Relations from Gonzaga University. Ladd’s research focuses on political conflict, customary law, and the political economy of land reform.
Timothy Lay

Timothy Lay is the Analysis Coordinator at ACLED. He holds an MA in International Relations (International Humanitarian Action) from Rijksuniversiteit Groningen and a bachelor's degree in Liberal Studies with honors in Asian Studies from the University of Sydney. He previously managed the Africa desk at ACLED.
14 April 2021
Share
TweetShare on Twitter Share on FacebookShare on Facebook Share on LinkedInShare on LinkedIn

Ladd Serwat is the Central Africa Assistant Research Manager at ACLED. He is a PhD Candidate at the University of Sussex in International Development, having completed a MSc in African Development with the London School of Economics and a BA in International Relations from Gonzaga University. Ladd’s research focuses on political conflict, customary law, and the political economy of land reform.