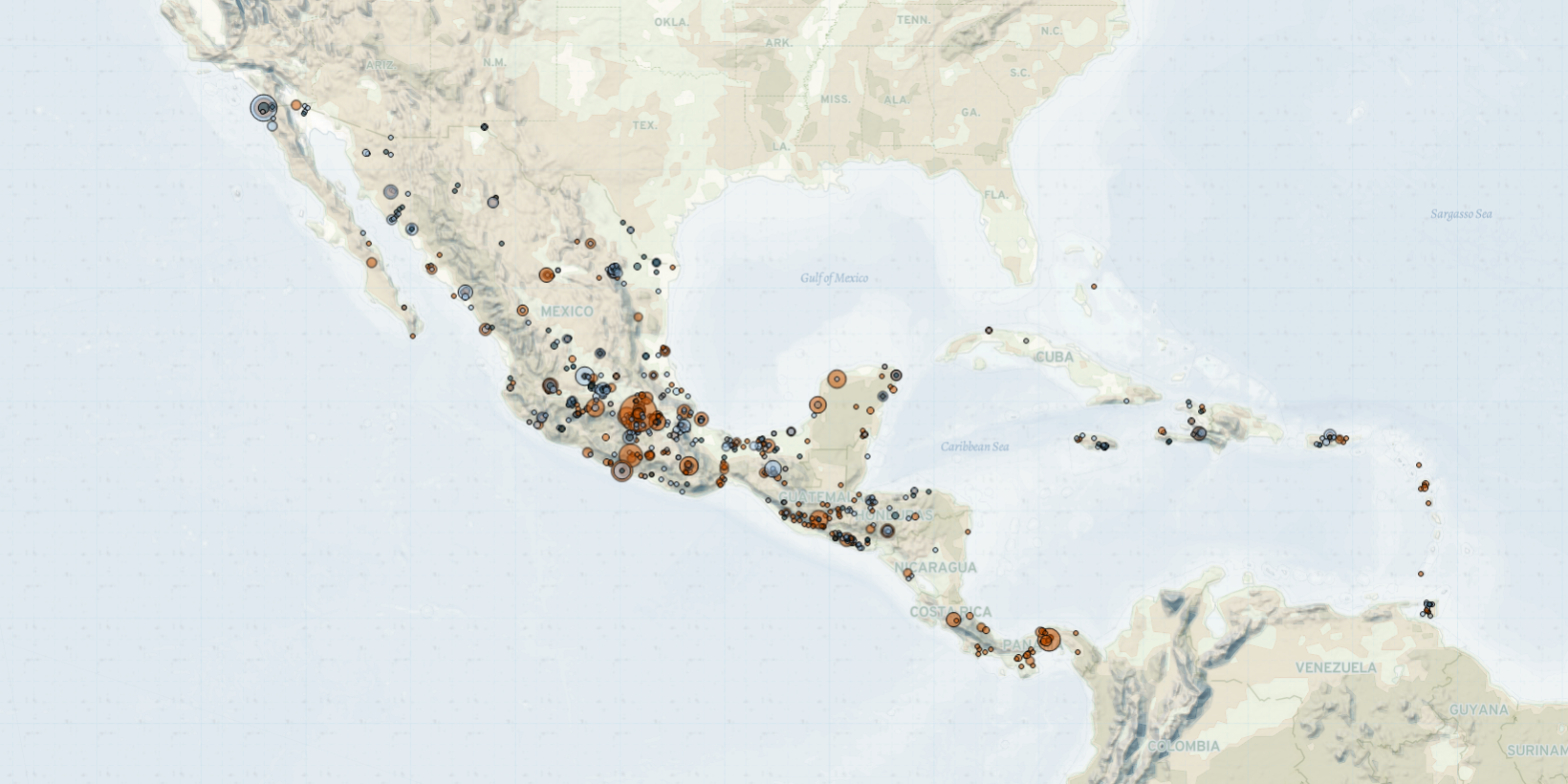 Last week in Mexico, Central America, and the Caribbean, demonstrations remained high. In Haiti, the recent kidnapping of religious figures sparked unrest. In Nicaragua, members of the National Unit Blue and White (UNAB) organized a protest to commemorate the third anniversary of the 2018 social unrest, amid an ongoing crackdown against members of the opposition. In Panama, supporters of former president Ricardo Martinelli protested across the country against the alleged judicial persecution of the political leader. Lastly, in Mexico, the selection of National Regeneration Movement (MORENA) candidates to run in this year’s federal elections by the national party structure continued to trigger demonstrations.

Last week in Haiti, demonstrations against rising gang violence and calling for the resignation of the president spiked. This follows the kidnapping of at least ten religious figures in Croix-des-Bouquets, including two French citizens. The kidnappers requested a one million US dollar ransom and were alleged members of the 400 Mazowo gang, a criminal group operating in the Croix-des-Bouquets district of Port-au-Prince. According to the Human Rights Analysis and Research Center (CARDH), the number of kidnappings in Haiti in the first two months of 2021 has doubled compared to January and February of 2020 (CARDH, 4 March 2021). Similarly, ACLED records at least 36 events of violence against civilians thus far in 2021, which represents a nearly 40% increase compared to the number of events recorded over the same period last year.

Although the Haitian president has denied any ties with gangs (Le Devoir, 10 November 2020), civil society organizations have claimed that kidnappings for ransom perpetrated by gangs have been supported by the state (VOA, 9 March 2021), possibly to finance electoral campaigns ahead of the 2022 presidential elections. Several elected representatives have been accused of participating in weapons smuggling to support gang activities (La Presse, 21 January 2021). Against this backdrop, demonstrations were organized in various parts of the capital, calling for measures to address the rising insecurity and kidnappings.

Amid the unrest, Prime Minister Joseph Jouthe resigned (La Presse, 14 April 2021). He was previously criticized for proposing insufficient measures to curb gang violence. He put forward a temporary ban on vehicles’ tinted windows (Haiti Press Network, 3 March 2021), allegedly used by gang members to prey on their victims. He was also accused of frequently communicating with gang members on the phone — an accusation that he denies (Constant Haiti, 13 April 2021). (For more on increased gang violence amid rising authoritarianism in Haiti, see ACLED’s 10 conflicts to worry about in 2021 series).

In Nicaragua, members of UNAB — an opposition movement that emerged during the 2018 anti-government demonstrations — staged a rare protest in Managua to commemorate their third anniversary. As protesters demanded the release of political prisoners, journalists covering the protest were beaten by police forces. Also last week, a former political prisoner was arrested by the police for allegedly stealing a cell phone. Police forces proceeded to beat and pressure the suspect for his alleged participation in demonstrations against the government of Daniel Ortega (Confidencial, 17 April 2021). The use of violence against journalists and members of the opposition comes ahead of general elections planned for November this year.

In Panama, a nationwide protest took place in over 100 different locations in the country in support of former President Ricardo Martinelli. Martinelli seeks to come back to the political stage after facing accusations of embezzlement of state funds to monitor over 150 journalists and civil society actors between 2012 and 2014 (Global Freedom of Expression, 2021). The former president was declared not guilty and was able to register his Realizando Metas (RM) political party (Panama America, 6 April 2021). Supporters of Martinelli denounce the relentless judicial persecution of the former president and claim that he has been the target of anonymous cyber attacks, threats, theft, and pressure (Panama America, 12 April 2021). According to RM supporters, the judicial harassment targeting their leader is part of a strategy established by the current government to prevent him from participating in the presidential elections of 2024 (Metro Libre, 30 March 2021).

In Mexico, grassroot members of the MORENA party demonstrated for the fourth consecutive week against the party’s internal selection process. They claim that the national party structure favors certain candidates to serve the interests of party leaders, or in exchange for money (Milenio, 21 March 2021), at the expense of grassroots candidates. With nearly two months to go before the 2021 federal elections, the division among MORENA party members could affect the party’s chances of securing two-thirds of the seats in the House of Deputy. Hundreds of MORENA supporters protested in several states after the National Electoral Institute — the body in charge of organizing elections in the country — revoked two MORENA candidacies last week. The two MORENA candidates were prevented from running for governorship in the states of Guerrero and Michoacan after both failed to present documents to account for their expenses during the primary election campaign (Latinus, 20 April 2021; La Razon, 26 March 2021).