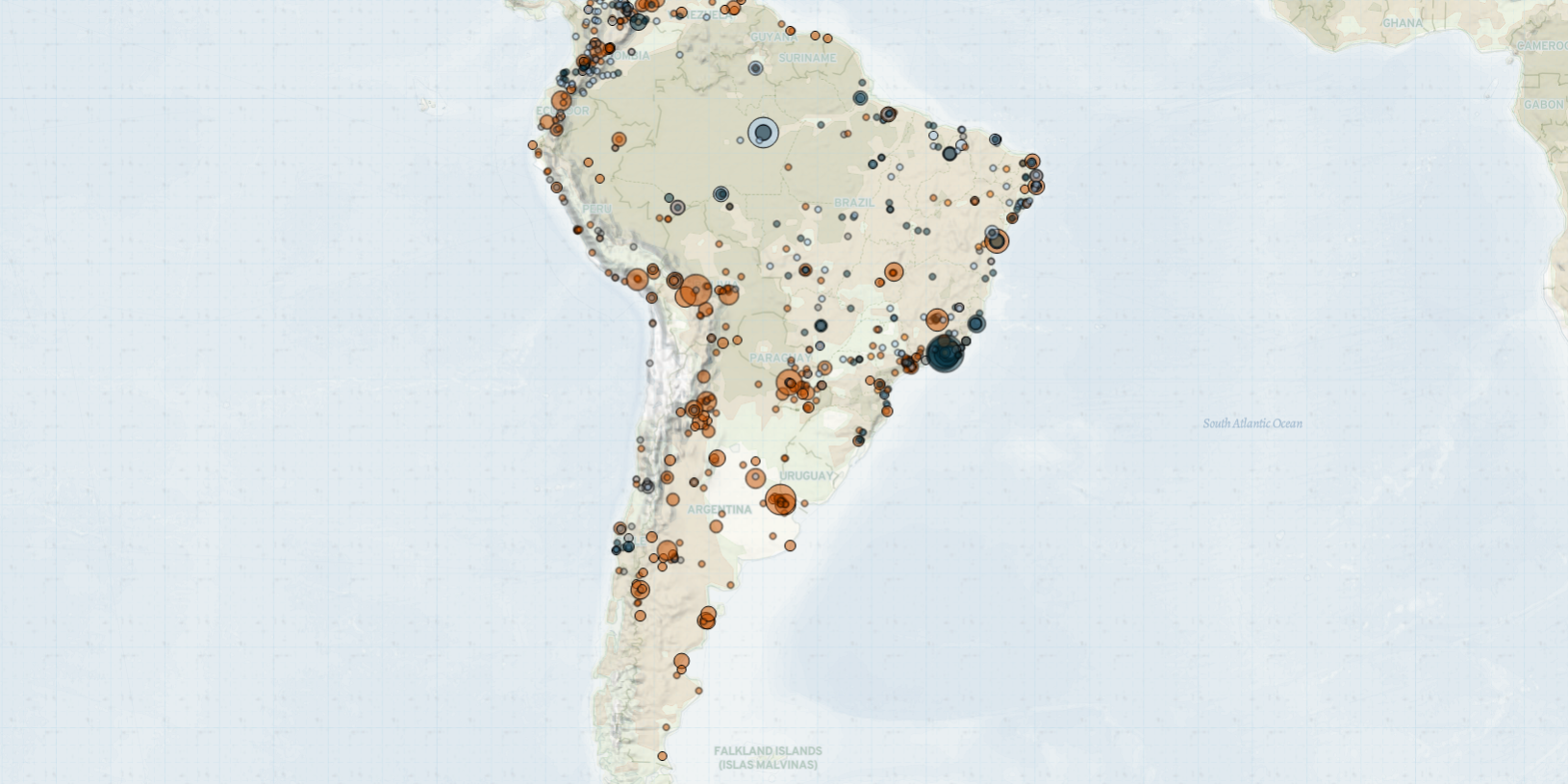 Last week in South America, coronavirus-related demonstrations increased across the region after the implementation of new restriction measures. In Argentina, Brazil, and Colombia, many citizens were opposed to stricter quarantine rules, while in Paraguay and Venezuela, many expressed concerns over the workload of health workers and vaccination schedules. While tensions decreased in the Venezuela-Colombia border region, clashes between organized criminal groups increased in Brazil. In Chile, indigenous militia activity increased following the arrest of Mapuche community members. In Bolivia, supporters of former president Jeanine Áñez staged protests to demand her release from prison.

In Argentina, workers from the tourism and restaurant sectors took to the streets against the government’s decision to reduce working hours of commercial establishments. Similarly, students and their parents protested across the country, demanding in-person classes, which have been suspended for two weeks.

In Brazil, protests were reported in several cities against a decision by the Supreme Court of Justice (STF) that allows local governments to decide whether to close or open religious temples. Several municipalities decided to suspend in-person religious celebrations in light of increasing COVID-19 infections. Conservative and Christian groups staged protests against the measure, claiming the STF decision hurts the constitutional right to religious expression.

In Colombia, thousands of workers, mainly from bars and restaurants, marched through the streets of Bogotá and several other cities against the new government-imposed curfew (El Espectador, 16 April 2021). The curfew and ensuing protests come as fears mount over a growing wave of cases and the discovery of more contagious variants within Colombian borders (Semana, 17 April 2021).

Meanwhile, in Paraguay, nurses of the Regional Hospital of Salto del Guaira city blocked the PY03 highway for three days in a row to demand the hiring of more health workers due to the collapse of the health system.

In Venezuela, protests were held across the country to demand the provision of the coronavirus vaccine for all citizens. Health workers have also expressed their fears that there are several irregularities in the country’s vaccination schedule, including a lack of adequate fridges for storage, and not enough doses anticipated for all health personnel (El Diario, 20 April 2021).

In other developments, tensions decreased in the Colombia-Venezuela border region, with no further clashes reported last week in Apure state, Venezuela. For three consecutive weeks, a dissident faction of the Revolutionary Armed Forces of Colombia (FARC) had engaged in heavy fighting against Venezuelan military forces. Tensions remained high in the country last week following the killing of two Jivi indigenous men by unidentified armed suspects in the Cerro Yapacana National Park, in the state of Amazonas. Rebel groups, including FARC dissidents and the National Liberation Army (ELN), are present in the region and exercise control of illegal mining in the area. The killings provoked a widespread outcry due to ongoing violence against the local population (Diario El Tiempo, 11 April 2018).

In Brazil, clashes between organized criminal groups increased, sparked by territorial disputes. Four people were killed in Caucaia city, Ceará state, in retaliation for the death of a man by a drug trafficking group; this has increased tensions between criminal groups in the region. The city is part of the Metropolitan area of Fortaleza city, an area under dispute between three different criminal groups: the First Capital Command (PCC), the Red Command (CV), and a local drug trafficking group (Diário do Nordeste, 21 March 2021). Over the past 10 years, the expansion of groups such as the PCC and the CV from the southeast of the country to the northeast has increased violence in the region (Diário do Nordeste, 21 March 2021).

In Chile, the activities of suspected indigenous militias increased last week, with several events reported in the regions of Araucanía and Biobío. In Quidico commune, armed men attacked a police station and a medical clinic with gunfire. They also set fire to four homes across the commune, injuring a woman. Reports attribute the attacks to groups affiliated with the largest indigenous armed organization in the country, the Coordination Arauco Malleco (CAM). The CAM was created more than 23 years ago, with the aim of taking direct action to recover territory in Mapuche land, which has been used by forestry and hydroelectric companies (Al Jazeera, 12 April 2021). Meanwhile, in Victoria commune, between seven to 10 armed men attacked a truck service station one night last week, wounding three workers before setting five cargo trucks on fire. Authorities found pamphlets in the area linking the attack to Mapuche groups. The recent increase in the number of violent events can be attributed to the arrest of 16 Mapuche community members on 11 April 2021, as evidenced by the demands to “free Mapuche political prisoners” that accompanied many of the incidents (El Mercurio, 13 April 2021). (For more, see this ACLED analysis piece: Understanding Indigenous Conflict in Chile.)

Finally, on 13 April, in Bolivia, hundreds took to the streets in the cities of La Paz and Santa Cruz de la Sierra, to demand the release of former interim president Jeanine Áñez and other former government officials. Áñez and others were arrested on charges of “terrorism and sedition” (The Guardian, 14 March 2021), on the grounds that they were part of a coup to remove former left-wing President Evo Morales from power in 2019. (For more, see this ACLED analysis piece: Understanding Political and Social Unrest in Bolivia.)