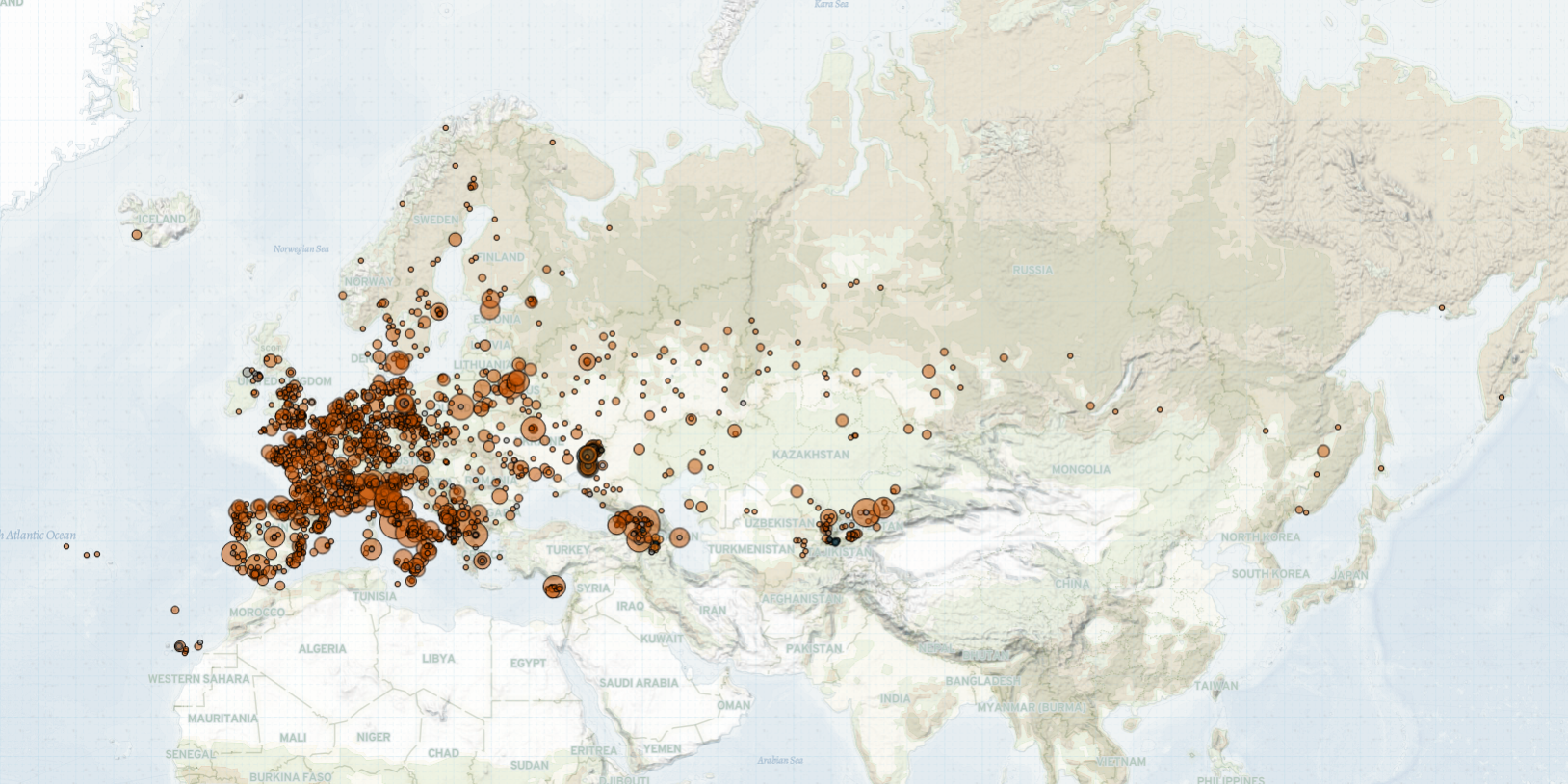 Last week, in Europe, Central Asia, and the Caucasus, coronavirus-related demonstrations continued to an overall lesser extent, though some events attracted thousands. In Russia, the government continued a massive crackdown on the opposition. They declared a leading opposition party to be a “terrorist organization”, detained people for their involvement in previous protest actions, and arrested and harassed opposition figures (The Moscow Times, 30 April 2021). Meanwhile, clashes over water rights erupted between the armed forces of Tajikistan and Kyrgyzstan, indicating an increased likelihood of violent disputes over the issue in coming years. In the Czech Republic, demonstrations took place against the Czech President over his allegedly pro-Russia views following Czech government accusations that Russian operatives were behind a deadly 2014 sabotage of an arms depot. In Cyprus, thousands of Greek and Turkish Cypriots marched in favor of unification of the island. In France, demonstrations were held in reaction to a police officer’s death and the verdict in a Jewish woman’s murder trial. In Italy, agricultural migrant workers were targeted in a violent attack by locals.

Clashes erupted between the armed forces of Tajikistan and Kyrgyzstan on 28-29 April, resulting in at least 40 dead and many wounded (The New York Times, 30 April 2021). The clashes were preceded by rioting between Tajik and Kyrgyz villagers, triggered by disputes over water rights along the border — with local ethnic tensions also a factor. The two governments agreed to a ceasefire, which has so far held. This clash is the most significant action taken by locals in recent years in defense of water rights in Central Asia.

In the Czech Republic, thousands of activists gathered in several cities across the country in coordinated rallies to protest against a speech by President Milos Zeman (Prague Morning, 29 April 2021). In the speech, Zeman questioned Czech intelligence services’ conclusion that Russian intelligence operatives were behind the deadly partial destruction of an arms depot in Vrbetice in 2014 (Prague Morning, 29 April 2021). The protesters oppose the president’s allegedly pro-Russia views.

In Cyprus, thousands marched peacefully in a mass coordinated demonstration by Greek Cypriots and Turkish Cypriots on both sides of the divided capital, Nicosia (Reuters, 24 April 2021). This took place ahead of the Cyprus summit in Geneva on the future of the island. The protesters called for the reunification of the island on the basis of a bizonal, bicommunal federation. These proposals do not align with proposals for a two-state solution made by the recently-elected Turkish Cypriot President Ersin Tatar. Tatar is strongly supported by Turkish President Recep Tayyip Erdogan (Philenews, 24 April 2021).

In France, police officers demonstrated at the call of the SGP-FO Unity union in dozens of locations following the death of a colleague on 23 April. A female officer was killed in a knife attack at the police station of Rambouillet, located south of Paris. Investigations into the killing are still ongoing, but the case is being treated as a possible “terrorist attack” (BBC, 23 April 2021). Separately, thousands of demonstrators gathered in a dozen locations to denounce a decision by the Court of Cassation (BBC, 3 May 2021). The Court has decided to not have the murderer of a Jewish woman stand trial as he was undergoing a “psychotic episode” at the time of the attack due to the use of cannabis (BBC, 3 May 2021). In Italy, Members of the Jewish community also gathered outside the French Consulate in Milan and the French Embassy in Rome to protest against the verdict (La Repubblica, 26 April 2021; Oggi Notizie, 26 April 2021).

In Slovenia, up to 10,000 people rallied in Ljubljana condemning government corruption and inefficiency, and demanding new elections (Total Slovenia News, 27 April 2021; STA, 28 April 2021). This is the largest demonstration in what has been a nearly weekly event for the past year, held by people frustrated with what they view as increasingly authoritarian steps being taken by Prime Minister Janez Jansa, including restrictions on the press and opposition (Politico, 16 February 2021; Balkan Insight, 14 January 2021). This demonstration’s size may have been larger as it was held on Resistance Day, a holiday for remembering the resistance against Nazism during the Second World War.

In Italy, three agricultural migrant day laborers riding in a car at night between San Severo and Rignano Garganico, in the Foggia province, were chased by unidentified individuals, and were shot at repeatedly with an air rifle loaded with pellets. Two migrants were injured, one of them severely. The attack was allegedly driven by racism and was in retaliation for diesel theft attempted by other foreign nationals a few days earlier (Foggia Today, 26 April 2021). Attacks on foreign farm workers have previously occurred in this area in July 2019 and August 2020 (InfoMigrants, 28 April 2021).

In the Donbas region of Ukraine, fighting between Ukrainian government forces and Russian-led forces continued at similar levels last week compared to the previous week. There were 46 armed clashes, 141 shelling incidents, and one fatality reported. The chairman of the State Border Service of Ukraine confirmed the withdrawal of Russian troops from the border with Crimea, but warned that large concentrations of Russian forces remain on other parts of the border (Hromadske, 28 April 2021).

Along the Armenia-Artsakh-Azerbaijan LoC, on 24 April, two Russian soldiers were injured by a landmine; in a separate incident on 26 April, two civilians were injured and one was killed by a landmine (Caucasian Knot, 27 April 2021; ARM Times, 27 April 2021). Armenian and Azerbaijani troops also exchanged fire in incidents during the past week. Minor damage to property took place, although no casualties were reported.