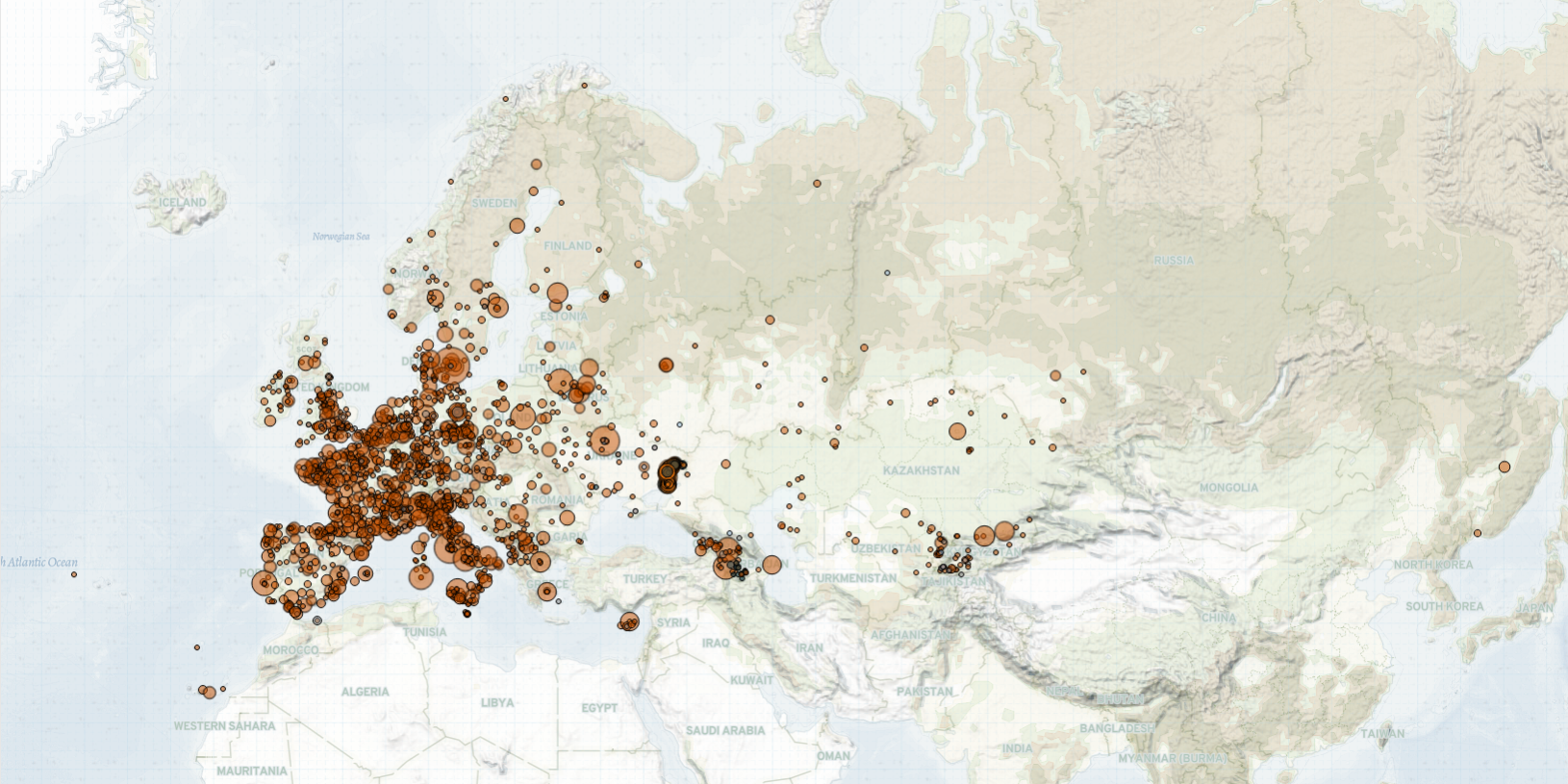 Last week, in Europe, Central Asia, and the Caucasus, a diplomatic crisis between Spain and Morocco resulted in an influx of asylum seekers on the Spanish border and demonstrations across Spain. The diversion of a passenger jet by Belarusian authorities to arrest a journalist also sparked demonstrations in many countries. In Russia, the government continued its crackdown on the opposition. In the Czech Republic, activists staged demonstrations demanding the independence of courts. Meanwhile, demonstrations around the Israeli-Palestinian conflict continued as did coronavirus-related demonstrations, though to a lesser extent relative to the week prior. The first anniversary of George Floyd’s death was marked by vigils in the United Kingdom.

In Spain, a diplomatic crisis broke out between Rabat and Madrid after Brahim Ghali, Western Sahara’s independence movement leader seeking self-determination, began receiving medical treatment in a hospital in Logroño (La Rioja) last month (The National News, 1 June 2021).  In response, Morocco relaxed its border. On 18 May, over 8,000 predominantly Moroccan asylum seekers tried to cross the border by swimming to Tarajal beach in Ceuta, a Spanish territory. This provoked a humanitarian crisis (El Nacional, 19 May 2021). Law enforcement authorities pushed the majority back to the Moroccan border after Spain deployed its army in Ceuta to regain control of the situation. Spain describes the relaxing of borders by Morocco as an “assault on national borders,” while Morocco blames Spain for breaking “mutual trust and respect” due to their perceived support for Western Sahara (Reuters, 31 May 2021). Some demonstrations were held against the arrival of the asylum seekers, but other demonstrations also took place in solidarity with the Sahrawi people in Western Sahara in Bilbao, Cadiz, and Algeciras.

Meanwhile, the arrest of journalist and activist Roman Protasevich following the forced landing of a passenger plane by the Belarusian authorities sparked demonstrations across the region last week. People demanded the release of Protasevich in Belarus, Italy, Poland, Moldova, Lithuania, Ukraine, and Georgia.

In Russia, authorities continued their crackdowns targeting the opposition, detaining four known opposition figures during an opposition meeting in Novgorod on 22 May (RFE/RL, 22 May 2021). Later in the week, authorities reportedly also detained at least six members of the Libertarian party in various cities, allegedly due to their participation in the pro-Navalny protests earlier this year (Znak, 27 May 2021). Lastly, Open Russia, a pro-democracy group founded by exiled oligarch Mikhail Khodorkovsky, announced its disbanding, citing concerns for the members’ safety and the possibility of persecution (Kommersant, 27 May 2021). Authorities detained its director, Andrei Pivovarov, in Pulkovo airport as he was preparing to leave for Poland on 31 May 2021 (Kommersant, 31 May 2021).

In the Czech Republic, activists affiliated with the movement Million Moments for Democracy organized dozens of protests across the country in support of the independence of the judicial system. The event was triggered by the sudden resignation of the highest state attorney. It follows long-term accusations of various opposition forces regarding the alleged pressure of the prime minister on courts and other judicial bodies (Ceska Televize, 27 May 2021).

Demonstrations related to the coronavirus pandemic continued in the region as well. People demonstrated against coronavirus-related restrictions in Germany, Italy, France, Switzerland, the United Kingdom, the Netherlands, Spain, Poland, Denmark, Finland, Kosovo, Georgia, Cyprus, and Greece. In Belgium, up to 200 people showed their support for a fugitive far-right soldier who disappeared with heavy weaponry in two consecutive events in Maasmechelen (Sudinfo, 23 May 2021).  The soldier is threatening to attack the state and a known virologist due to coronavirus restrictions.

In the United Kingdom, hundreds of Black Lives Matter and supporters and anti-racism campaigners, such as Stand Up to Racism, engaged in vigils and demonstrations across the country to mark the first anniversary of the murder of George Floyd, an unarmed Black man killed by police in the United States on 25 May 2020.

Along the Armenia-Artsakh-Azerbaijan border, eight armed clashes were reported last week, which resulted in one fatality. A vehicle with Azerbaijani military servicemen also hit a landmine.

In the Donbas region of Ukraine, fighting between Ukrainian government forces and Russian-led forces remained at similar levels last week compared to the previous week. There were 54 armed clashes, 136 shelling incidents, and one fatality reported.

Franklin is a Europe Research Manager at ACLED. Before joining ACLED, Franklin worked at the Institute for the Study of War where he authored multiple reports on the structure and capabilities of Ukrainian and Russian-led separatist forces. He also spent time as an academic assistant at the Baltic Defense College while working on his master's degree in Tartu, Estonia. Franklin graduated from Texas A&M University with a double major in Russian Language and International politics and diplomacy.
Laura Fluegel

Olha is the Eastern Europe, Caucasus, and Central Asia Research Manager at ACLED. She holds an LLM in Human Rights Law with International Law and an LLM in Law of the Sea. She has working experience in the private law sector, with Ukrainian government institutions and human rights NGOs. Olha is fluent in Ukrainian, Russian, English, and German, and has working knowledge of Arabic and basic Dari.
Giulia Bernardi

Giulia is a Europe Assistant Research Manager. She holds an International Master in Russian, Central and East European Studies from the University of Glasgow and a Master of International Relations from KIMEP University Almaty. Before joining ACLED, she had experience in the field of journalism in the Caucasus and also worked as a media analyst. Giulia is fluent in Italian, English and Russian.
2 June 2021
Share
TweetShare on Twitter Share on FacebookShare on Facebook Share on LinkedInShare on LinkedIn