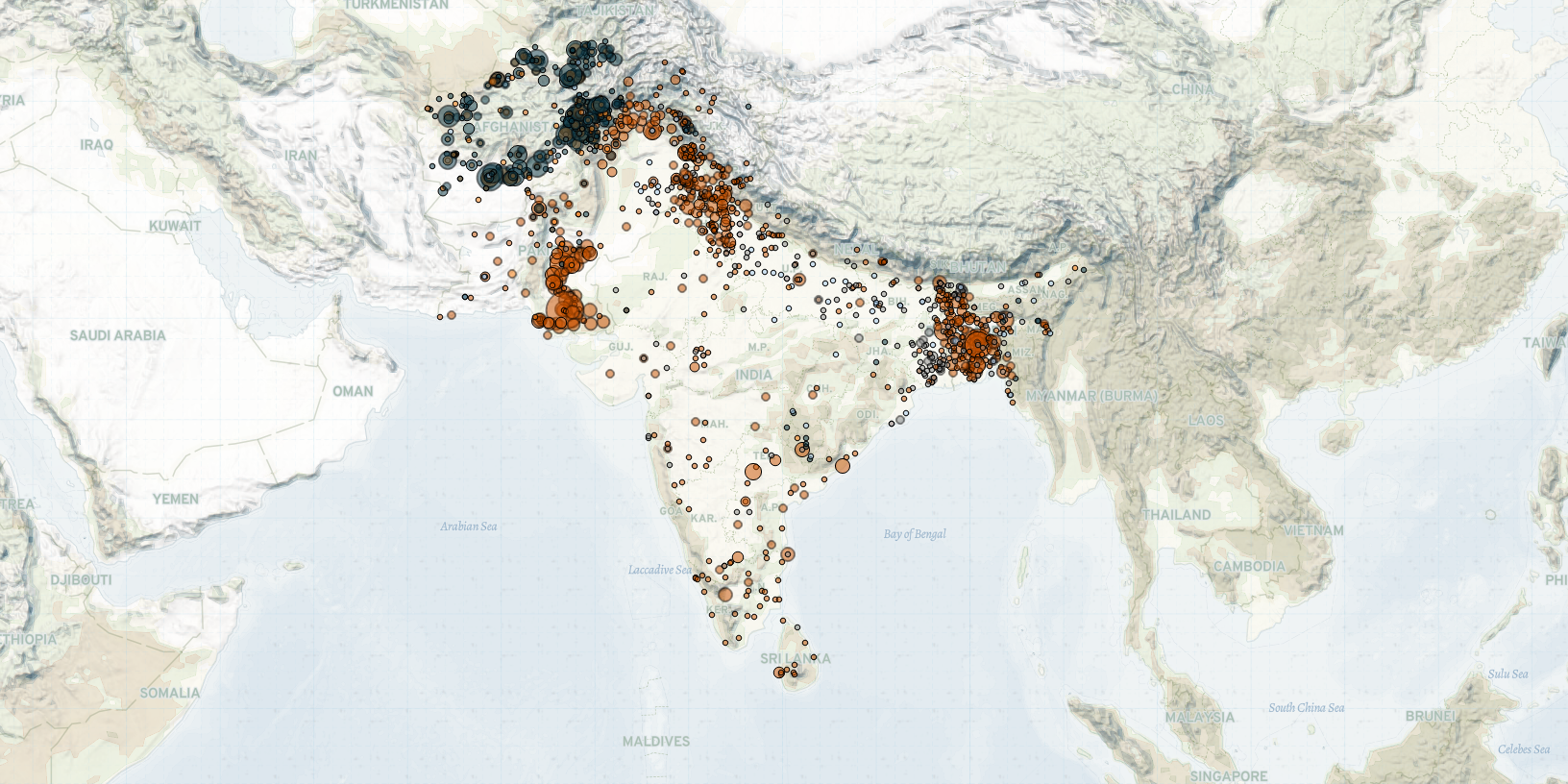 Last week in South Asia, clashes remarkably intensified between the Taliban and Afghan forces, with territorial gains and lethal offensives by both parties across the country. The Taliban’s connection to Al Qaeda was put into question as members from both groups were killed in airstrikes last week. Meanwhile, Baloch separatists targeted security forces and civilians in Balochistan province in Pakistan. In Northeast India, police clashed with a tribal militant group. Demonstrations increased in India as farmers marked their six-month anniversary of protests against new farm legislation, and in Pakistan, where various activist groups rallied in solidarity with Palestine. Lastly, the Nepali parliament was dissolved for a second time since last December, leading to a spike in demonstrations by political groups denouncing the decision as unconstitutional.

In Afghanistan,1 ACLED is currently conducting a review of sourcing and reporting of the conflict in Afghanistan from 2020. violence levels increased significantly last week, as Afghan forces and the Taliban clashed in 30 out of 34 provinces. Clashes spilled over to many regions with lower activity, such as Nuristan and Panjshir provinces, while Laghman, Helmand, and Baghlan provinces saw the highest numbers of attacks. The Taliban intensified its attacks and continued to seize areas and security posts in Laghman, Nangarhar, Logar, and Wardak provinces surrounding the Kabul province. The group also continues to target urban areas like Laghman’s capital, Mehtar Lam city. Additionally, the Taliban captured Gulistan, Bakwa, Shibkoh, and the Khak-i-Safed districts of Farah province. Recent territorial losses have demoralized Afghan forces, increasing the number of surrenders to the Taliban (New York Times, 27 May 2021). ACLED records at least 15 events in 2021 thus far where Afghan security forces have joined the Taliban, seven of which took place in May. Similarly, the majority of events ACLED records where Afghan security forces have abandoned checkpoints without clashes, letting the Taliban seize them, have taken place in May 2021.

Meanwhile, Afghan forces pushed the Taliban out of a number of villages and areas in the Herat and Kunduz provinces, as military operations and airstrikes reportedly killed over a thousand Taliban militants across the country. Three airstrikes killed Al Qaeda militants alongside Taliban militants in Helmand province. ACLED data already include 13 events thus far this year in which Al Qaeda members have been killed beside Taliban militants. These events of combined fatalities strengthen claims that the Taliban continues to have ties with Al Qaeda, contrary to its pledge, per the US-Taliban deal, to not harbor militant groups (Long War Journal, 19 May 2021). Meanwhile, Al Qaeda recently declared US withdrawal as a victory in Afghanistan, praising the Taliban, although both groups have avoided commenting on their connection (CNN, 30 April 2021).

Elsewhere in the region, Baloch separatist groups engaged in remote violence and targeted attacks in Balochistan province in Pakistan. The Baloch Liberation Army (BLA) killed five Pakistani soldiers in a landmine explosion targeting a military water supply tanker in Kohlu district. Elsewhere, five people were injured in a roadside explosion in Quetta city aimed at police officers and Uzbek laborers. In yet another attack, a politician from the Balochistan National Party (BNP) was attacked in Turbat town in Kech district on suspicion of being a state agent and undermining the Baloch movement (South Asia Terrorism Portal, 29 May 2021). The Baloch Liberation Front (BLF) has taken responsibility for both of these latter incidents. As the economic and strategic importance of the province is growing due to the China-Pakistan Economic Corridor, Baloch separatists have recently revived their insurgency for independence and have posed a significant threat to security forces in the region (for more on violence in Balochistan, see this ACLED analysis piece).

In Northeast India, eight Dimasa National Liberation Army (DNLA) members were killed in an exchange of fire with security forces near the Assam-Nagaland border. The militant group was formed in 2019 with the goal of fighting for an independent nation for the Dimasa tribe who are native to Assam and Nagaland states (The Print, 23 May 2021). Since its inception, the group has been largely unsuccessful in challenging state forces and has primarily targeted civilians to create disturbance. In late April, police forces also killed two DNLA militants in a clash in Assam.

Elsewhere in India, demonstrations increased as thousands of farmers observed “Black Day” across the country, marking six months of agitation against the new farm laws passed by the Indian government last year to decentralize the agricultural sector (Al Jazeera, 27 May 2021). In Haryana and Uttar Pradesh states, police arrested demonstrators over unauthorized gathering and for burning effigies of the Indian Prime Minister.

Lastly, in Nepal, the President dissolved parliament for a second time in five months, stating that neither the caretaker government nor the opposition managed to obtain a majority and to form a new government (Al Jazeera, 22 May 2021). The new general elections are slated for 12 November this year (The Hindu, 22 May 2021). The move triggered widespread demonstrations by political parties terming the decision as unconstitutional, and demanding parliament to be restored and headed by the main opposition candidate, Sher Bahadur Deuba, as Prime Minister. To do so, citizens defied lockdown restrictions among a surge in coronavirus infections and organized rallies.

Asena Karacalti is the South Asia Assistant Research Manager at ACLED, mainly overseeing the Afghanistan dataset.She holds a BA in Law, and an MSc in Cultural Anthropology and Development Studies from KU Leuven, Belgium. Her research interests focus on the transit experiences of migrant and refugee populations and political violence across the Middle East and North Africa. She has past experience as a lawyer and as an expert in migration and asylum organizations.She has previously worked as the Central Asia & the Caucasus, and Africa Research Manager at ACLED.
Katerina Bozhinova

Katerina Bozhinova is the South Asia Assistant Research Manager at ACLED. She holds a BA in Political Science and International Relations and an MSc in Sustainable Resource Management. Her research interests include land rights and environmental governance and policy.
2 June 2021
Share
TweetShare on Twitter Share on FacebookShare on Facebook Share on LinkedInShare on LinkedIn