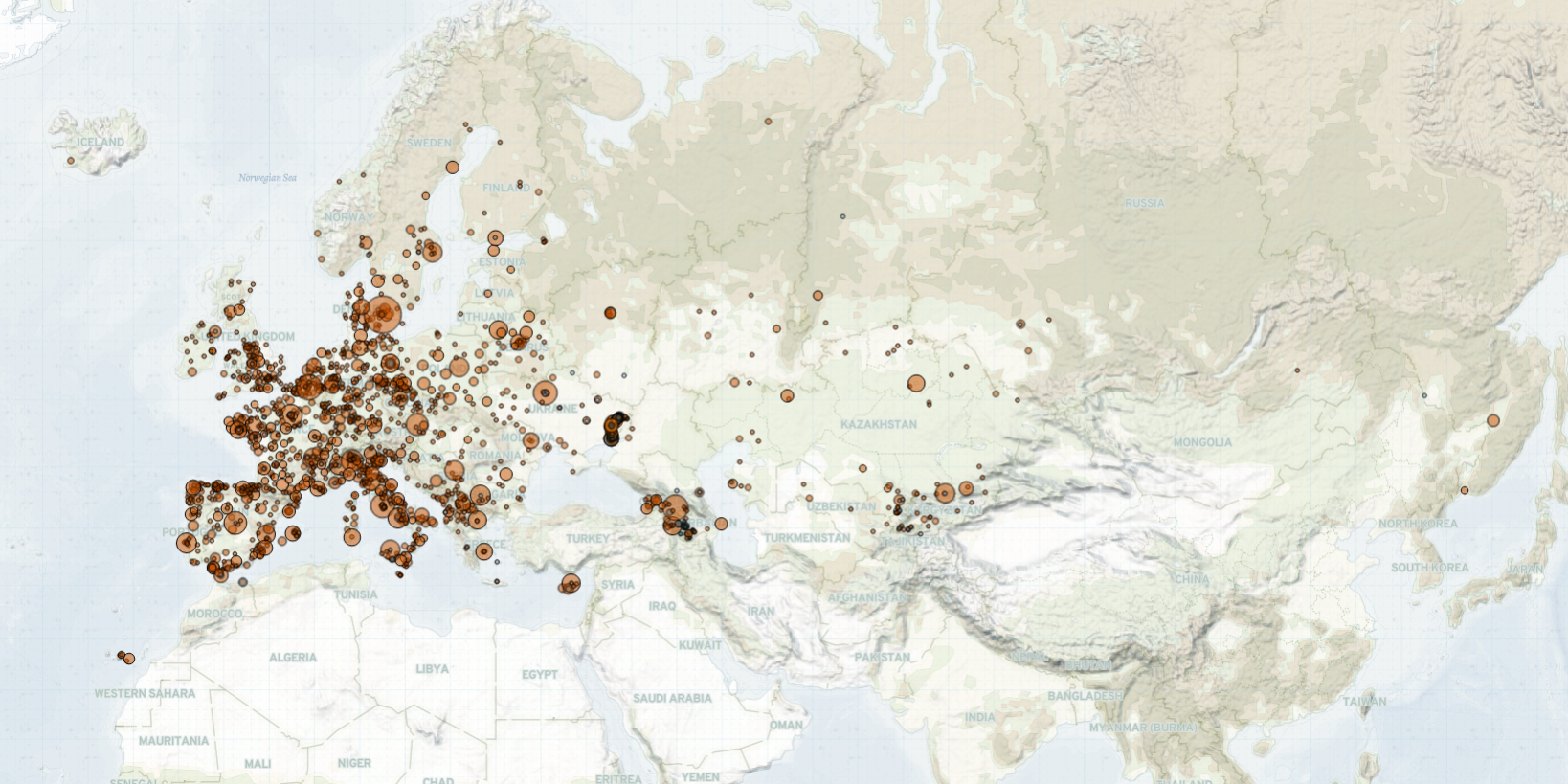 Last week, in Europe, Central Asia, and the Caucasus, demonstrations took place against national and international government actions and protocols. In Belarus, demonstrations continued in support of political prisoners. In Russia, regular demonstrations resumed in defense of a detained former local governor in Khabarovsk. In Greece, thousands took to the streets to demonstrate against a proposed labor bill. In Spain, a large feminist movement was sparked by the disappearance and death of two girls by their father. Various environmental groups demonstrated in Italy, Belgium, and the United Kingdom around the G7 summit. Large loyalist demonstrations took place against the post-Brexit Northern Ireland Protocol in Northern Ireland. Meanwhile, coronavirus and Israel-Palestine-related demonstrations continued, though to a lesser extent, in the region.

In Belarus, demonstrations in support of political prisoners took place in Minsk and other Belarusian cities. On 8 June, Belarusian President Alexander Lukashenko signed a law permitting longer prison sentences for activities in support of the opposition movement. Such activities include participating in unsanctioned demonstrations, the “distribution of false information” on the Internet, the participation in and collaboration with “extremist” groups, and the failure to stop the operations of an organization found by a court to be an extremist group (RFE/RL, 8 June 2021). Demonstrations in support of Belarusian political prisoners also took place in Belgium, Lithuania, the Czech Republic, Poland, Russia, Sweden, Portugal, and the Netherlands.

In Russia, a Moscow court officially designated de facto opposition leader Alexei Navalny’s Anti-Corruption Foundation (FBK) as an extremist organization. The decision effectively bans activities of the FBK across Russia, and will prevent FBK supporters and members from standing in upcoming parliamentary elections (RFE/RL, 9 June 2021), scheduled to be held on or before 19 September. Meanwhile, in Khabarovsk, formerly-regular protests resumed in defense of jailed former local Governor Sergei Furgal, after a Moscow court refused to transfer him to a hospital despite reported health issues. Furgal was arrested in August 2020 and is accused of organizing the murders of entrepreneurs in the 2000s, leading to months of protests in Khabarovsk (RFE/RL, 10 June 2021).

In Greece, over 16,000 demonstrators, supported by opposition parties and labor unions, marched in Athens, and thousands more rallied across the country, against a draft labor bill being debated in parliament (AFP, 10 June 2021). The bill introduces optional working hour flexibility, contracts that allow for longer work days in exchange for more paid time off, and sets rules on remote work. The government claims these are long overdue reforms that will modernize the labor sector, while demonstrators believe the new regulations, many of which were introduced during the coronavirus pandemic, will erode workers’ rights (AP, 10 June 2020).

A feminist movement demonstrated across Spain against gender-based violence, following the discovery of a girl’s body more than a month after she was killed by her father. The girl, whose body was found off the coast of Tenerife, and her sister disappeared with their father on 27 April (El Pais, 14 June 2021). The bodies of the second daughter and father have yet to be found.

Environmental and climate activists, including Extinction Rebellion members, demonstrated last week in Belgium, Italy, and the United Kingdom in connection with the G7 Summit in Cornwall. Demonstrators used the opportunity to demand more action from world leaders to tackle climate change. In the United Kingdom, hundreds of climate activists launched creative demonstrations around scores of coastal communities by performing skits, dances, and processions (Cornwall Live, 11 June 2021).

Demonstrations related to the coronavirus pandemic continued across the region as well, with demonstrations against coronavirus measures reported in the Czech Republic, Bosnia and Herzegovina, Poland, Greece, Denmark, Sweden, Germany, Italy, the Netherlands, Spain, and the United Kingdom. In Kazakhstan, health workers demand extra pay during the pandemic. In Austria and France, labor groups demand financial support.

Meanwhile, Israel-Palestine-related demonstrations have decreased significantly, with single demonstration events taking place in the United Kingdom, Italy, France, and Spain. In Germany, in addition to a peaceful pro-Palestinian demonstration in Frankfurt am Main, an antisemitic crime was commited by an unknown person who set an incendiary fluid on fire at a synagogue in Ulm (DW, 5 June 2021). This sparked demonstrations in the city against antisemitism and in solidarity with the Jewish community.

In the Donbas region of Ukraine, fighting between Ukrainian government forces and Russian-led forces slightly increased last week compared to the previous week, but remained at a low level. There were 25 armed clashes, 57 shelling incidents, and six fatalities reported.