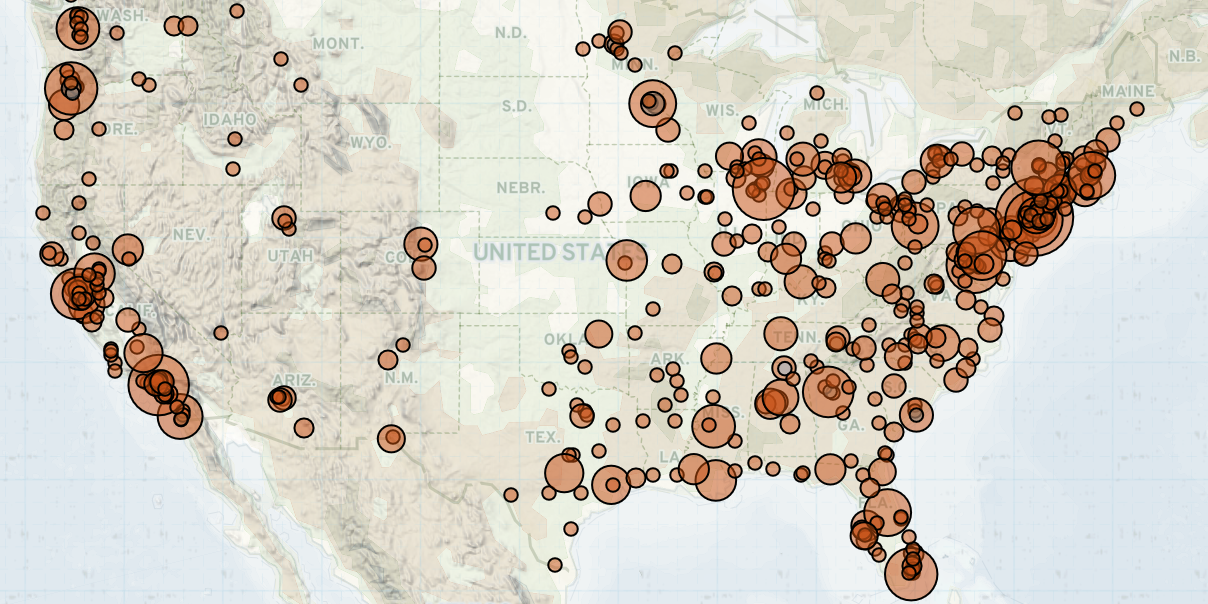 The significant increase in demonstration events related to CRT comes as Republican lawmakers have introduced legislation designed to limit the teaching of CRT-linked ideas in nearly two dozen states, with five states passing bills since February 2021 (NBC News, 17 June 2021). Notably, demonstration events in support of teaching CRT were nearly three times as common as those in opposition last week. However, critics of CRT continue to argue that schools are indoctrinating students with an “anti-white” theory that divides them into the “oppressed” and “oppressor” (Washington Post, 3 May 2021; Forbes, 9 May 2021). These criticisms are largely incompatible with academic understandings of CRT (Texas Tribune, 22 June 2021), and run counter to statements from various school boards that dispute CRT is even in school curriculums (NBC, 15 June 2021).

Meanwhile, demonstrations associated with the BLM movement slightly decreased last week relative to the week prior. These demonstrations continue to center around Minneapolis, Minnesota, where police have killed several Black men in high-profile cases since last summer, including George Floyd, Daunte Wright, and Winston Boogie Smith Jr. During a demonstration calling for justice for Smith on 13 June, a man drove into a crowd of protesters, killing a 31-year-old woman, and injuring three others. Subsequent peaceful, yet disruptive, demonstrations were reported in the city from 14-16 June as demonstrators established barricades and blocked streets. On 16 June, 100 military police from the Minnesota National Guard were activated at the request of Minneapolis Mayor Jacob Frey, who called the closure of streets “unauthorized” and threatened arrests, saying the “atmosphere has … shifted” (KARE 11, 15 June 2021).

Finally, reported traditional militia activity remained low last week, reflecting an ongoing trend of decreased militia activity since the end of the Trump presidency. The American Contingency conducted several training events last week, including two firearm trainings exclusively for police officers. Other reported traditional militia activity was limited to a patrol by Veterans on Patrol north of the US-Mexico border in the desert near Three Points, Arizona. During their patrol, the group found and detained several children before calling the US Customs and Border Patrol.

Meanwhile, the Yavapai Community Preparedness Team, a splinter group of the Oath Keepers, held a recruitment event in Arizona on 12 June. Additionally, members of the Proud Boys fought with anti-fascist protesters in Oregon City, Oregon on 18 June resulting in minor injuries before police eventually separated the two groups. Openly white supremacist groups were also active last week. On 15 June, the Loyal White Knights, a Ku Klux Klan chapter based in Pelham, North Carolina, distributed anti-Semitic and homophobic flyers in Virginia’s Fairfax County, which disparaged Fairfax County School Board members. The flyers called the board “nation-destroying,” likely in reference to the high-profile and contentious debates over CRT in schools in both Fairfax and neighboring Loudoun counties (Twitter @KarlFrisch, 16 June 2021).