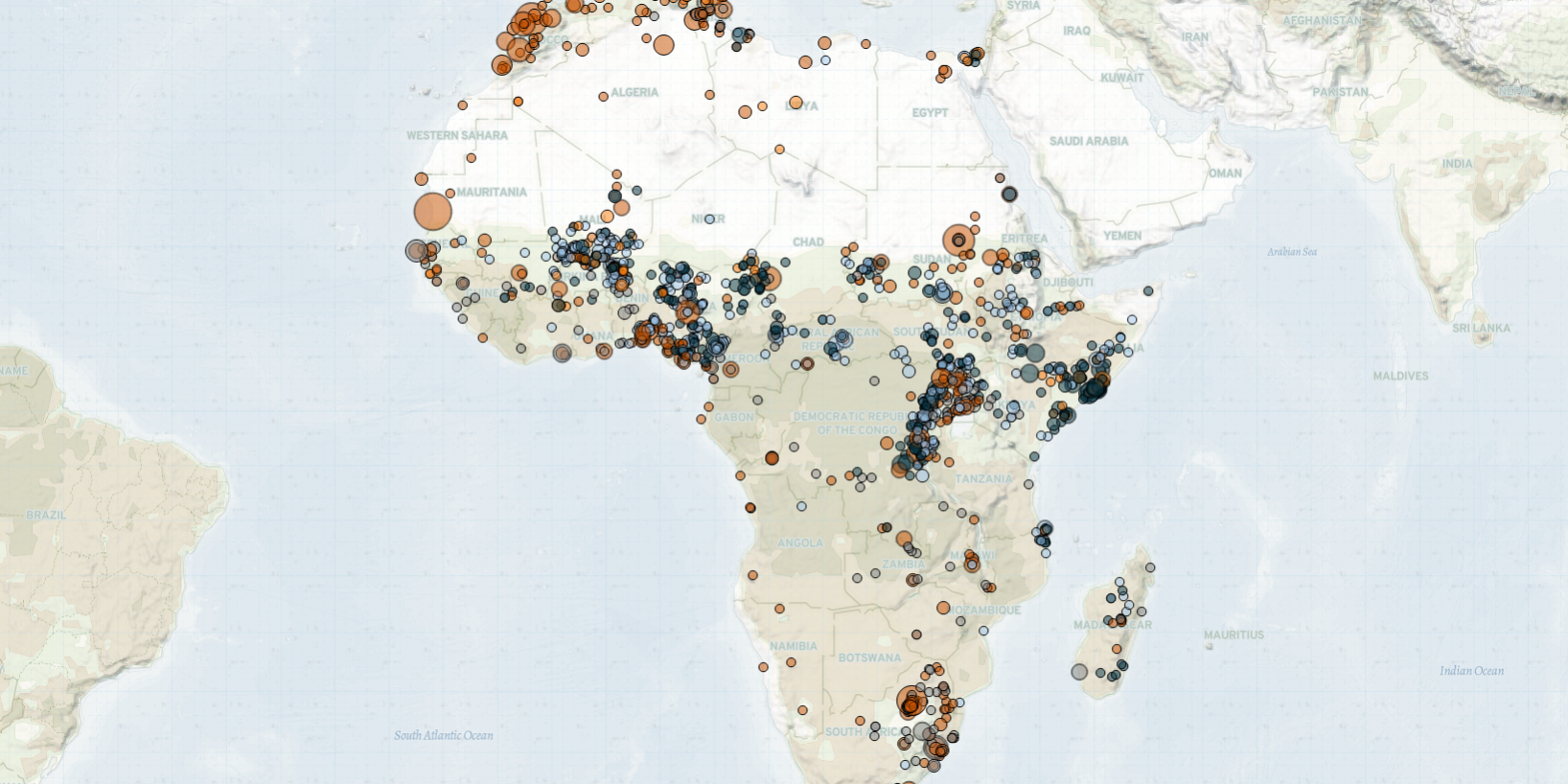 In Nigeria, numerous clashes broke out between military forces and ISWAP Lake Chad faction fighters in Borno State, resulting in dozens of militant fatalities. Moreover, dozens were reported dead in clashes between state forces and communal militia in Niger, Benue, and Kaduna states.

In the Central African Republic, mercenaries from the Wagner group continued their attacks against civilians. At least a dozen people were killed in an attack in the Haute-Kotto prefecture while another deadly attack targeted the Fulani mayor of the Pombolo village in Mbomou.

In the Democratic Republic of Congo, the Congolese armed forces (FARDC) clashed against the Allied Democratic Forces (ADF) in the Irumu territory of Ituri province, killing two militants and releasing over 12 civilians from ADF captivity. Deadly fighting was also reported between the ADF and the Front for Patriotic Resistance of Ituri (FPIC) militants in the territory of Irumu, triggering community displacements. The same day, the ADF rebels launched an attack against a vehicle carrying a group of internally displaced people and killed all four of them. In Djugu territory, the Cooperative for Development of Congo (CODECO) attacked the United Nations Organization Stabilization Mission in Democratic Republic of Congo (MONUSCO) base in a reported attempt to target civilians seeking refuge.

In Somalia, multiple deadly clashes were reported between security forces and Al Shabaab militants across the country, most notably in Central and Southern regions. In the Lower Shabelle region, Al Shabaab fighters took over Marin Gubay town following clashes with the Ugandan troops of the African Union Mission in Somalia (AMISOM). Elsewhere, they carried out a remote shelling attack against a Burundian AMISOM base in the Jowhar district of Middle Shabelle. Meanwhile, Somali military forces captured and destroyed around 14 Al Shabaab bases across the Middle Shabelle region with several militants killed during the operation. Al Shabaab militants also clashed with police forces in Mandera, Kwale, and Wajir counties of Kenya, killing several officers. Deadly attacks targeting civilians were also reported near Rhamu in Mandera.

In the Lakes state of South Sudan, dozens were killed during clashes between Agar Dinka sections and members of the Gok Dinka clan at a cattle camp in Cueibet county. Deadly multi-day attacks were also reported in Tambura county in Western Equatoria state, causing thousands to flee their homes. Meanwhile in Eastern Equatoria state, intercommunal clashes left several dead in initial clashes and reprisal attacks.