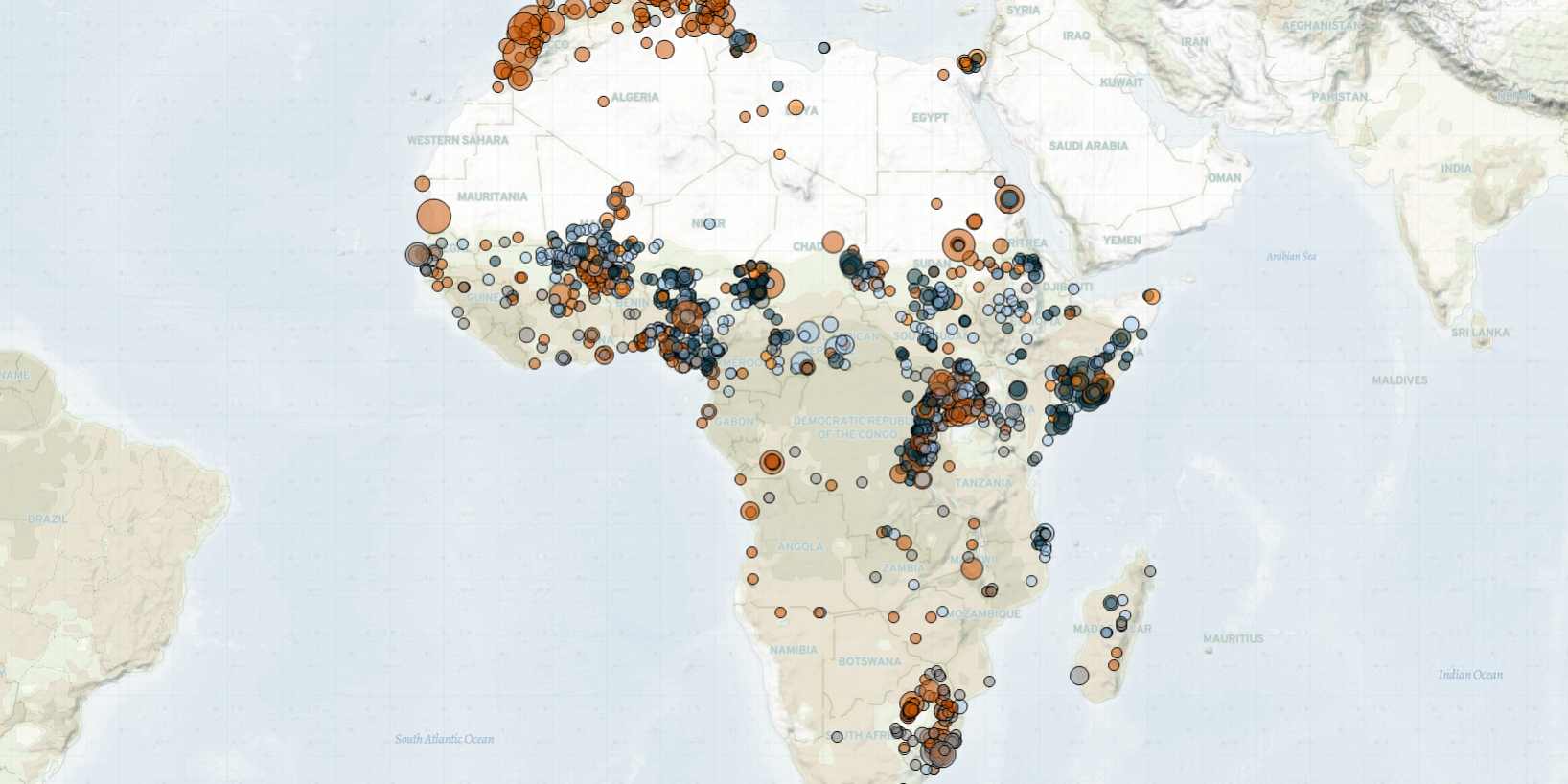 Last week in Africa, more than a hundred students were abducted and dozens of people were killed by armed militias in Nigeria; the state of siege operation was extended again in the Democratic Republic of the Congo; interethnic clashes escalated in Sudan and Kenya; and mass demonstrations broke out in Burkina Faso and South Africa.

In Nigeria, deadly clashes were reported between ISWAP Lake Chad faction militants and local militia and Nigerian military forces in Borno and Adamawa states. More than a dozen civilians were also killed when Boko Haram fighters attacked the village of Dabna in Adamawa state. Elsewhere, attacks targeting civilians continued by communal militia, most notably in Zamfara, Katsina, and Kaduna states, resulting in dozens of fatalities. More than a hundred students at a Baptist school were also kidnapped by militiamen in Maraban Rido near Kaduna city.

In the Democratic Republic of the Congo, the government extended the state of siege operation, which initially went into effect on 6 May, for another fifteen days. The president also signed a decree to establish the Disarmament, Demobilization, Community Recovery and Stabilization program (PDDRC-S). Meanwhile, the Congolese military forces (FARDC) conducted multi-day airstrikes that reportedly destroyed several strongholds of the Allied Democratic Forces (ADF) in the Irumu region of Ituri while deadly attacks against civilians by the ADF and the Union of Revolutionaries for the Defense of the Congolese People faction of the Cooperative for Development of Congo (CODECO-URDPC) rebels continued in Ituri and North Kivu provinces.

In Sudan, deadly interethnic clashes broke out in several regions, including in West Darfur and Red Sea states. Renewed attacks and clashes were also reported in the disputed border area with Ethiopia in eastern Gedaref state. Elsewhere, at least 13 people were killed and an unknown number wounded in clashes between the Dar Ali section of the Hawazmah clan of the Baggara and the Kawahala ethnic group in Kologi town of South Kordofan state.

In Somalia, Al Shabaab militants carried out multiple attacks against Somali forces and the African Union Mission in Somalia (AMISOM) troops. Meanwhile, Somali military forces increased operations against Al Shabaab fighters, killing more than a dozen militants in Tuulo-xaayoow village in the Galgaduud region. Elsewhere, government security forces were able to retake control of several villages in the Gaalkacyo district of the Mudug region following deadly clashes with the militants.

Lastly, mass demonstrations were reported in South Africa where supporters of ex-president Jacob Zuma gathered across the KwaZulu Natal province in the context of #FreeJacobZuma and #KZNShutdown campaigns. The demonstrations erupted after the former president turned himself in to police to serve a 15-month jail term for contempt of court following his refusal to appear before a commission investigating corruption accusations against him (The New York Times, 7 July 2021). Demonstrations were mostly peaceful but turned violent in some areas, with demonstrators barricading roads and setting vehicles alight.