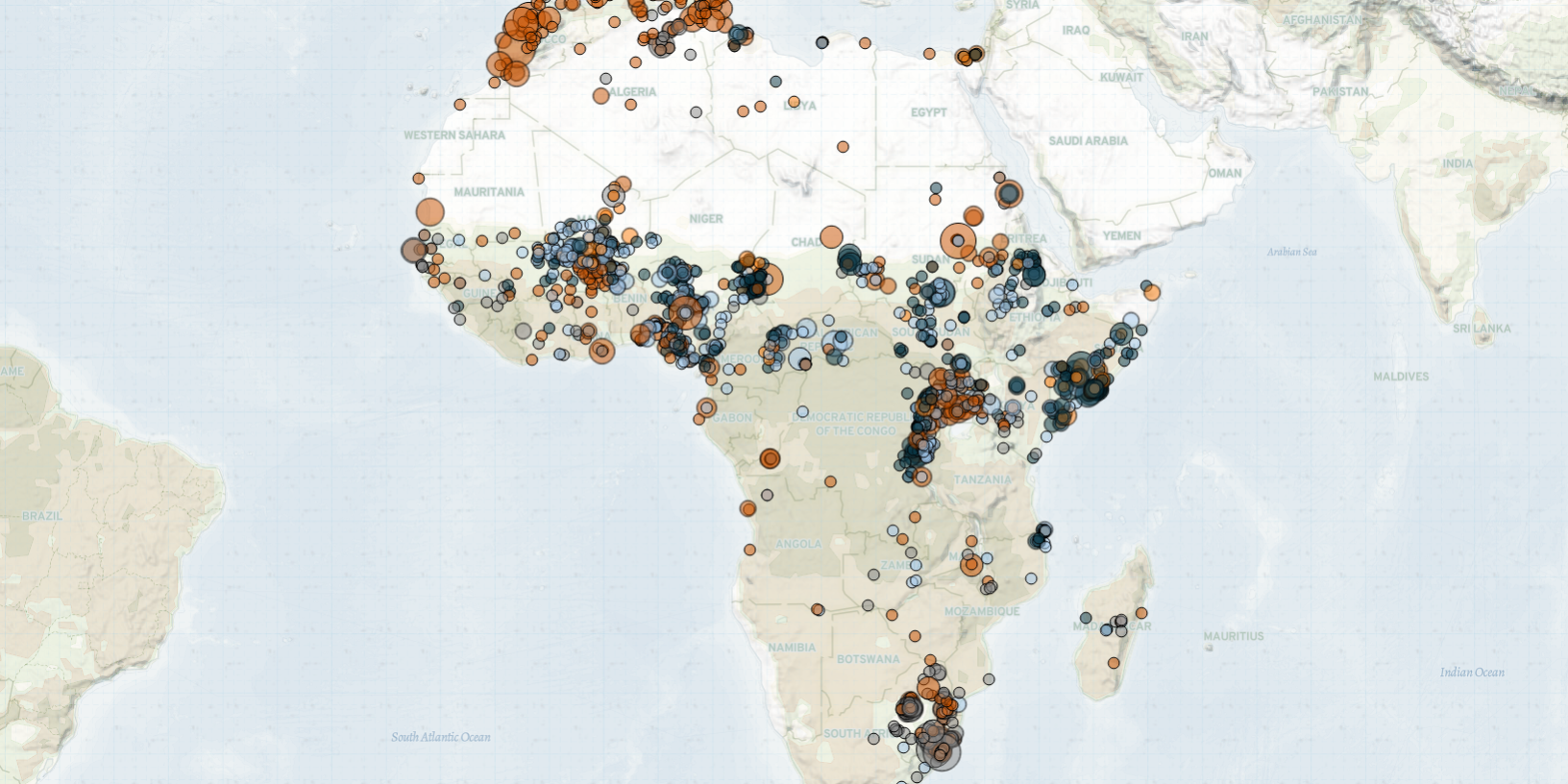 Last week in Africa, French and national military forces carried out operations targeting Islamic militants in the Central Sahel region; inter-ethnic and clan violence was reported in Somalia, Kenya, and Sudan; and mass demonstrations continued for a second week in South Africa.

In Niger, suspected ISWAP Greater Sahara militants carried out a major attack against the village of Tchoma Bangou in the Tillaberi region. Nigerien military forces repelled the attack and killed around forty militants.

In the Democratic Republic of Congo (DRC), fighting continued in several areas despite numerous agreements concluded last week. A coalition of militiamen, including the Mayi Mayi Makanika, Ngumino, Twirwaneho with the support of the Mayi Mayi Android, Red-Tabara and National Forces of Liberation (FNL) clashed against the Congolese armed forces over two days in Fizi and Mwenga territories of South Kivu, leaving at least 20 people killed and dozens injured. In addition, several deadly attacks against civilians by rebel groups, including the Allied Democratic Forces (ADF), the Cooperative for the Development of Congo (CODECO), and the Front for Patriotic Resistance (FRPI), were reported in Ituri and North Kivu provinces.

In Somalia, an airstrike by the Kenyan contingent of the African Union Mission in Somalia (AMISOM) on an Al Shabaab convoy in the vicinity of Koday village in the Lower Juba region killed several militants. The airstrike came one day after deadly clashes erupted between Jubaland security forces and Al Shabaab militants near Koday. Meanwhile, Al Shabaab fighters continued their operations against Somali and AMISOM forces, including an assassination attempt by a vehicle-borne IED targeting the convoy of the Banadir police commander in Wadajir district of Mogadishu. While the commander survived the attack, several police officers and civilians were killed. Elsewhere, an armed confrontation between Gabwen and Fuqu Muhumed sub-clan militia from Marehan clan due to a land dispute resulted in the death of more than a dozen in Bohol Garas village of Gedo region.

In Sudan, violence resumed between the Dar Ali section of the Hawazmah clan of the Baggara and the Kawahala ethnic group in and around Kologi town in South Kordofan state, triggering displacement over the following days in several parts of the Ghadeer locality. Elsewhere, fighting erupted in the Al Fashaga area, with Sudan Armed Forces (SAF) and SAF Reservists repulsing Amhara militia members, possibly accompanied by Ethiopian soldiers, close to the disputed border in Basundah locality.

Finally, mass demonstrations continued in South Africa for a second week. The arrest of the former president, Jacob Zuma, sparked demonstrations in the KwaZulu-Natal province demanding his release last week. The demonstrations quickly spread to the Gauteng province and some other areas in the country, turning violent with stores getting looted, vehicles and buildings set alight, and roads barricaded. Dozens of people lost their lives during the demonstrations, including 15 people in clashes between Indian and Black ethnic groups in Zwelisha.