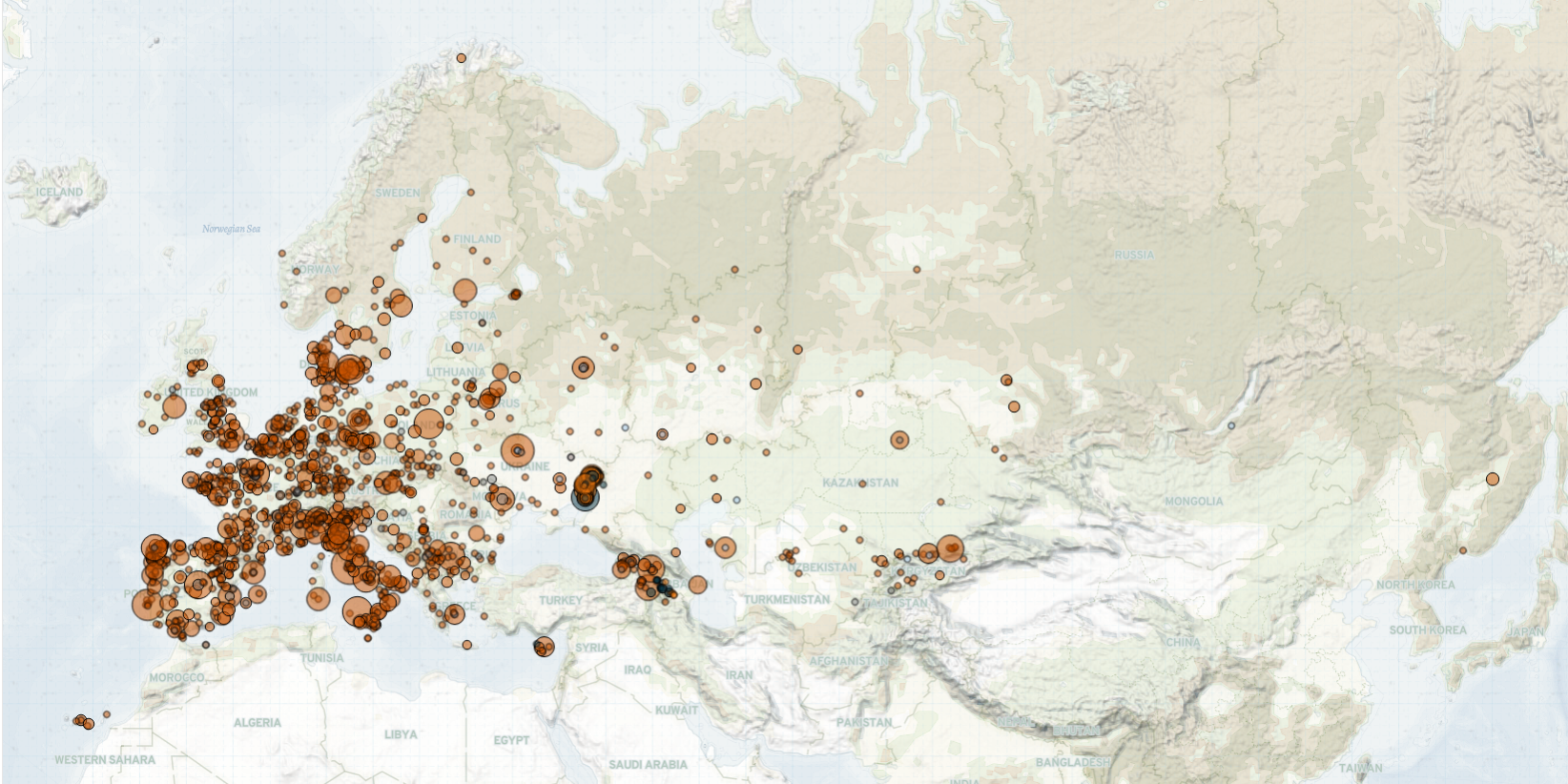 Last week in Europe, the Russian and Belarusian governments continued crackdowns on political opposition, independent media, and civil society organizations. In Georgia, demonstrations against the government for its failure to control major anti-LGBT riots on 5 July continued. In Lithuania, the government reports continued migration by refugees from Belarus and accuses the government of Belarus of using refugees as a political weapon against Lithuania. Along the Armenia-Artsakh-Azerbaijan Line of Contact, there was an increase in clashes between Armenian and Azerbaijani forces.

Repression of independent media and civil society continued in Russia and Belarus last week. In Russia, the Prosecutor-General’s office designated a leading investigative media organization, Proekt, as an “undesirable organization”, making further activities of the outlet de facto impossible in the country (The Moscow Times, 15 July 2021). The move is the latest in a series of state measures targeting NGOs and independent media ahead of parliamentary elections in September (The Moscow Times, 15 July 2021). Similarly, in Belarus, security forces arrested more than a dozen prominent human rights defenders, journalists, and trade unionists. Police conducted dozens of searches at the offices of media outlets, civil society organizations, and the homes of journalists and activists as part of their wider crackdown on political opposition (Viasna, 16 July 2021; Human Rights Watch, 15 July 2021)

In Lithuania, demonstrators gathered in Vilnius and at a border checkpoint near Druskininkai last week, demanding the refusal of refugee status for asylum seekers crossing over the border with Belarus. The demonstrations come amid a massive rise in irregular crossings from Belarus (Lrytas, 13 July 2021; LRT, 11 July 2021). The Lithuanian government has declared a state of emergency in response to the situation, with the majority of irregular border crossings having occurred since early June (Euronews, 3 July 2021). The Lithuanian government and the European Union (EU) have accused Belarusian President Alexander Lukashenko of orchestrating the crisis in reaction to EU sanctions over ongoing political repression in Belarus (Reuters, 12 July 2021).

In Georgia, large demonstrations were staged across the country last week following news of the death of a cameraman who had been beaten by anti-LGBT demonstrators on 5 July. On 12 July, a clash between demonstrators and police broke out outside an office of ruling party Georgian Dream. Demonstrators voice anger at a Ministry of Interior claim that the cameraman may have died of a drug overdose (Civil Georgia, 13 July 2021). The cameraman’s death is a fresh blow to the Georgian Dream government, which has been harshly criticized by the Georgian opposition and the international community for failing to strengthen democratic institutions and to ensure the rule of law in recent years (Delegation of the European Union to Georgia, 17 November 2019; RFE/RL, 30 January 2020). The political situation is becoming increasingly polarized ahead of the upcoming local elections in autumn. Meanwhile, attacks against members of the LGBT community also occurred in Spain, the United Kingdom, Germany, and Italy last week.

In Cyprus, in an unprecedented event, a Cypriot officials claim that a Turkish coast guard vessel fired shots at a Cyprus police vessel patrolling for undocumented migrants. The incident allegedly took place ahead of the planned visit of Turkish President Erdogan to the recently opened town of Varosha, in Turkish-backed Northern Cyprus, on the anniversary of the 20 July 1974 Turkish invasion of Cyprus (Euractive, 16 July 2021). Turkey denies that the incident took place (France24, 16 July 2021)

Along the Armenia-Artsakh-Azerbaijan Line of Contact, ceasefire violations increased last week. Nine armed clashes were reported, resulting in the death of an Armenian serviceman and the wounding of an Azerbaijani serviceman. Since the end of the 2020 Nagorno-Karabakh War, ceasefire violations have been mostly reported in the Syunik, Gegharkunik, and Tavush regions of Armenia. However, last week, incidents were also reported in the Ararat region of Armenia and around the city of Shusha in Azerbaijan, which borders the de facto Artsakh Republic. The causes and motivations behind these clashes remain unclear. Additionally, one Azerbaijani civilian was killed and one Armenian civilian was wounded in separate landmine explosions, and another Azerbaijani civilian was wounded in a cluster bomb explosion, which is a likely remnant of the Nagorno-Karabakh War.

In the Donbas region of Ukraine, fighting between Ukrainian government forces and Russian-led forces slightly increased last week compared to the previous week. There were 50 armed clashes, 122 shelling incidents, and one fatality reported.