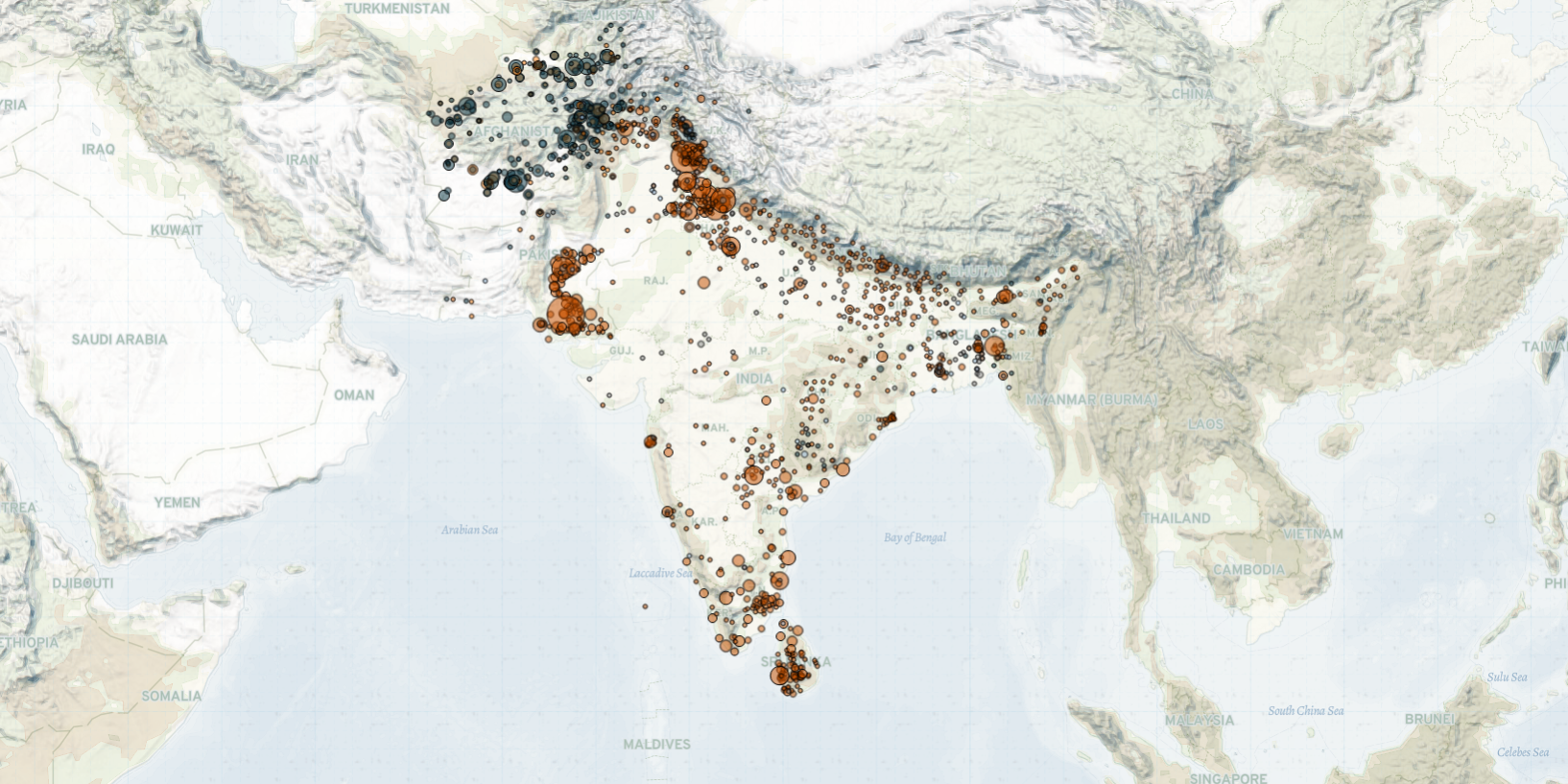 In Afghanistan,1ACLED is currently conducting a review of sourcing and reporting of the conflict in Afghanistan from 2020. the Taliban and Afghan state forces observed an undeclared ceasefire during the Islamic holiday Eid Al Adha, which commenced on 20 July (VOA, 20 July 2021). As a result, the reported number of events decreased last week compared to prior weeks in July. Despite this decrease, the Taliban still captured seven districts across six provinces. Meanwhile, Afghan state forces, supported by pro-government militias, regained control over six districts in five provinces. Afghan state forces also captured a number of areas in Kunduz city. On 22 July, the US also carried out airstrikes against the Taliban in Kandahar province (Reuters, 23 July 2021). The Taliban are currently besieging Kandahar city (Long Wall Journal, 22 July 2021). A Taliban spokesperson claimed the US airstrikes were a violation of the Doha peace deal signed in February 2020 and warned of “consequences” (Reuters, 23 July 2021). The US has vowed to support Afghan state forces with airstrikes, even after its complete withdrawal by the end of August (CNN, 26 July 2021).

Meanwhile, on 24 July, the Afghan government imposed a month-long nighttime curfew covering all of Afghanistan apart from the capital, Kabul, and the provinces of Panjshir and Nangarhar, in an attempt to limit the Taliban advancement (BBC, 26 July 2021). The announcement follows a warning by the Chairman of the US Joint Chiefs of Staff about the possibility of a “complete Taliban takeover” of Afghanistan (New York Times, 20 July 2021).

In other developments, the Islamic State (IS) claimed responsibility for a rocket attack that struck near the Presidential Palace in Kabul on the first day of Eid Al Adha (Reuters, 20 July 2021). No casualties were reported during the attack.

The ongoing contest for control of territories in Afghanistan has also led to an increase in violence against civilians and in civilian fatalities. Last week, in the Malistan district of Ghazni province, nine civilians were killed by the Taliban for refusing to help them loot local shops and move dead bodies. ACLED records an increase in targeted civilian fatalities in the first half of 2021 compared to the same period in 2020. Furthemore, ACLED records a sharp increase in civilian fatalities since the beginning of May. Of the targeted civilian fatalities in 2021, over 58% have occurred since May, coinciding with the final withdrawal of US and NATO security personnel. With the Taliban now overtaking a large number of districts, human rights groups have warned of the risk that the Taliban poses to civilians accused of being in some way associated with the government (Human Rights Watch, 26 July 2021). Two sons of a Kandahar provincial council member were killed last week by the Taliban in Spin Boldak district of Kandahar province. The Taliban captured the district on 14 July, along with a key border crossing to Pakistan.

In Pakistan, security forces killed six suspected TTP militants who had kidnapped workers installing a cell phone tower in Kurram tribal district of Khyber Pakhtunkhwa province last month (Reuters, 16 July 2021). While one of the workers was killed by the captors, five were rescued during the operation. Meanwhile, the TTP is presumed to be behind two IED explosions in Dera Ismail Khan and Mohmand tribal districts, targeting a police vehicle and a marketplace, last week. A recent United Nations report finds that the TTP has increased its financial resources from illegal activities, including extortion (Daily Times, 24 July 2021). The TTP has also intensified cross-border attacks from Afghanistan, amid the withdrawal of international forces from Afghanistan, thus posing an increased security threat to Pakistan.

In India, Naxal-Maoist rebels launched attacks in Chhattisgarh state, targeting villagers and security forces. Naxal-Maoists killed a former member of their outfit at his home in Bijapur district. In the nearby Sukma district, Naxal-Maoists also abducted several villagers, who were released a few days later and warned not to collaborate with police or to support development projects (New Indian Express, 21 July 2021). The Naxal-Maoists oppose development projects, deeming them an exploitation of local resources and labor (New Indian Express, 21 July 2021). In the Bastar region, an Indo-Tibetan Border Police (ITBP) constable was killed, and another was injured, in an exchange of fire with the Naxal-Maoists. The police team was ensuring the safety of roads in preparation for the visit of a legislator from the Chhattisgarh Assembly at the time of the attack. Meanwhile, Naxal-Maoists issued a press release announcing the commemoration of “Martyrs Week” from 28 July to 3 August in remembrance of its members, who died during security operations. They threaten to intensify attacks and other disruptive activities during this period (Free Press Journal, 22 July 2021).

Elsewhere in India, security forces conducted operations against militants in J&K last week. Four militants from Lashkar-e-Taiba (LeT), including a militant commander and a former police officer, were killed during three security operations. LeT has been among the most active militant groups in J&K this year. Indian police estimate that about half of the militants killed during security operations were affiliated with LeT (Indian Express, 22 July 2021). Police forces also shot down a drone carrying an IED in Jammu district; LeT is suspected to be involved in its deployment (Indian Express, 23 July 2021). Anti-drone systems have been installed at several locations in Jammu district, including the Jammu airport, amid an increase in drone sightings close to the Indian border with Pakistan (The Hindu, 23 July 2021).