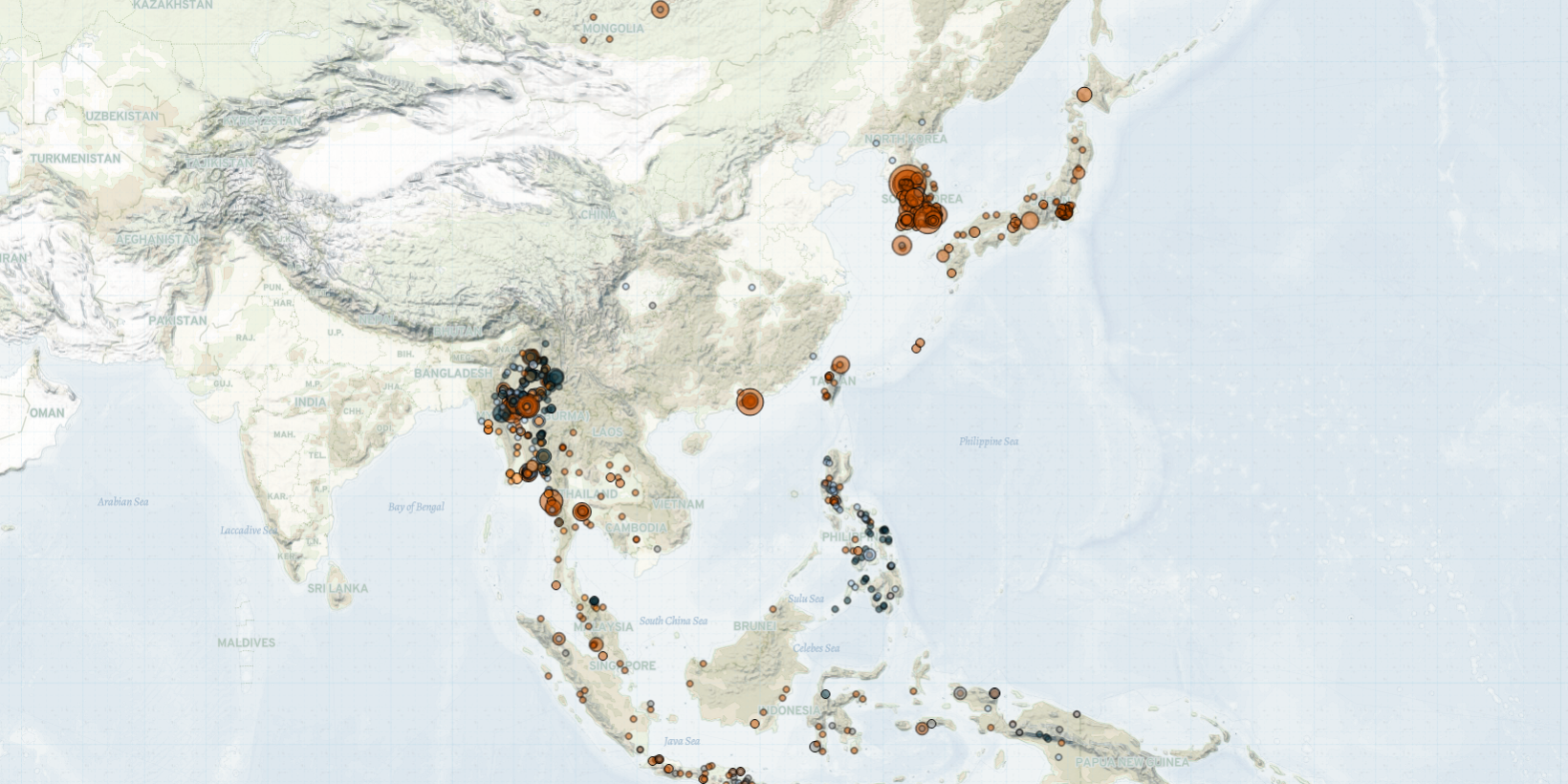 Last week in East and Southeast Asia, security forces in Myanmar launched a deadly crackdown at an anti-coup protest in Mandalay city on 27 July. Meanwhile, the military regime officially annulled the 2020 election results, alleging widespread electoral fraud by the leading party, the National League for Democracy (NLD). In Sagaing region, deadly clashes broke out between the military and local People’s Defense Force (PDF) groups in Kani township. In the Philippines, nationwide anti-government demonstrations were reported as President Rodrigo Duterte delivered his last annual State of the Nation Address. Meanwhile, the government of the Philippines announced the renewal of a key military agreement with the US. In Indonesia, last week a report emerged about excessive force used by police against an ethnic Papuan with disabilities. Also, in Indonesia, violence related to the COVID-19 pandemic continues to be reported. Lastly, direct communication channels between North and South Korea were restored after more than a year.

In Myanmar, demonstrations against the military regime continue as the anti-coup movement approaches its sixth month. Last week, anti-coup demonstrations were reported in Kachin and Shan states, as well as in Magway, Mandalay, Sagaing, Tanintharyi, and Yangon regions. On 27 July, security forces launched a deadly crackdown and opened fire at protesters in Mandalay city, resulting in the deaths of two protesters (Irrawaddy, 28 July 2021).

Meanwhile, the military-appointed Union Election Commission (UEC) annulled the results of the 2020 general election on 26 July, claiming that it has found more than 11 million incidents of electoral fraud after months of investigations (Irrawaddy, 27 July 2021). This marks the third time in Myanmar’s history that the military has overturned the results of an election, after the 1960 and 1990 elections (Irrawaddy, 27 July 2021). The UEC chairperson alleged that the election was “not free and fair,” accusing the NLD — the party helmed by detained State Counselor Daw Aung San Suu Kyi — of manipulating COVID-19 restrictions to their advantage (Straits Times, 26 July 2021). Independent observers have, however, argued that the election results “were, by and large, representative of the will of the people of Myanmar” (Reuters, 17 May 2021). Leaders of two other political parties that won seats at the 2020 election have opposed the decision, stating that the military is using the allegations of fraud to justify its takeover (RFA, 26 July 2021).

Elsewhere, deadly clashes between the Myanmar military and local PDF groups continue in Sagaing region, a resistance stronghold. Notably, fighting broke out between military forces and PDF groups in Kani township on 26 July. In the days after the clash, bodies were found in graves scattered around a forest near Zee Pin Twin village (RFA, 28 July 2021). Locals stated that the bodies — which were identified as civilians and PDF members — were disfigured and bore signs of torture (Myanmar Now, 29 July 2021).

Last week in the Philippines, anti-government demonstrations were held across the country on the occasion of Duterte’s last State of the Nation Address, as he prepares to leave office next year due to constitutional limits. The largest recorded mobilization was seen in Quezon City, near the congress, where the president delivered his speech (Manila Bulletin, 26 July 2021). Protesters expressed their criticism of the Duterte administration on numerous issues, particularly his government’s handling of the coronavirus pandemic.

Meanwhile, the Philippine government announced the restoration of the Visiting Forces Agreement (VFA) last week, which provides the legal framework for the presence of US military and civilian personnel in the Philippines (CNN, 30 July 2021). Duterte had previously called for terminating the deal in the context of seeking closer ties with China. Recently, however, there has been an uptick in Chinese activity in the Philippines’ Exclusive Economic Zone, adding to longstanding tensions between the two countries over disputed waters in the South China Sea (CNN, 30 July 2021).

Also in Indonesia, tensions associated with the ongoing COVID-19 outbreak continue to spark demonstrations and associated acts of violence. Last week, police arrested several demonstrators who allegedly brought weapons to a protest in Jakarta (Tribunnews, 24 July 2021). Elsewhere, including in South Tangerang, police dispersed demonstrators for violating the COVID-19 social distancing restrictions (Kompas, 26 July 2021). Students opposing COVID-19 measures burned tires in Southeast Sulawesi and tore down the gate of a government building in West Nusa Tenggara (Kompas, 28 July 2021; Tribunnews, 30 July 2021). Reports of body-snatching of COVID-19 victims from hospitals were again recorded last week in East Java and Maluku (Tribunnews, 27 July 2021). Additionally, a man infected with COVID-19 was tied, dragged, and beaten by his neighbors in North Sumatra after he decided to self-isolate at home and refused to be exiled to a forest (Kompas, 24 July 2021).

In Malaysia, protests criticizing the government response to the COVID-19 pandemic expanded across the country. Separately, contract doctors held nationwide protests demanding a fair career path and the same benefits as permanently-employed doctors (The Star, 26 July 2021). Such events rarely happen in Malaysia due to strict regulations around organizing protests.

Lastly, the governments of North and South Korea restored direct cross-border communication last week (AP, 27 July 2021). North Korea severed its hotlines with South Korea on 9 June 2020 and also demolished a joint liaison office in Kaesong to protest anti-North Korea propaganda leaflets coming into the country from South Korea (Korea JoongAng Daily, 9 June 2020; NK News, 16 June 2021). After the setback of inter-Korea relations, the restoration of cross-border communication lines is a step forward to reconciliation on the peninsula.