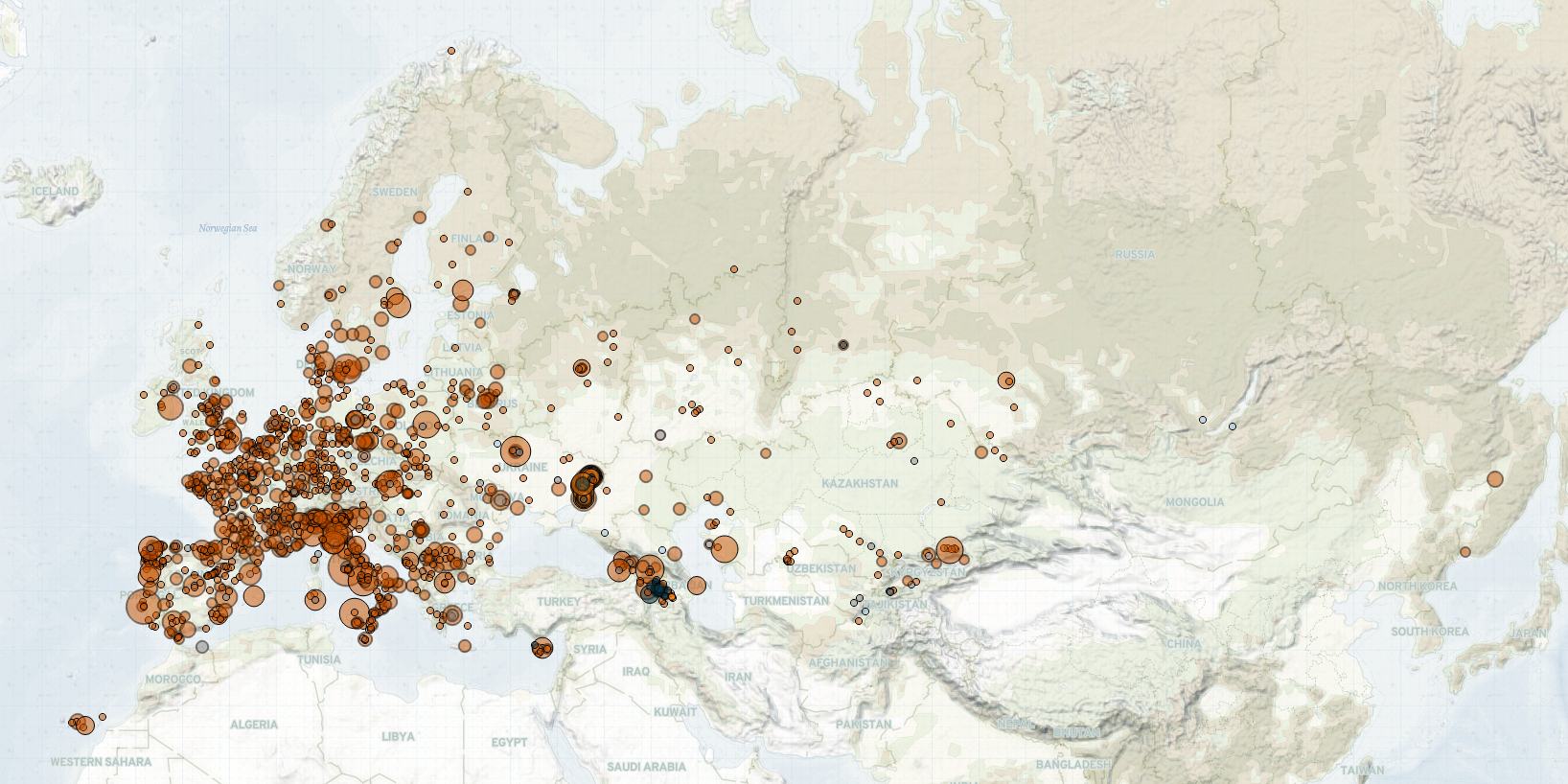 Last week in Europe, Central Asia, and the Caucasus, anti-government demonstrations were held in many countries. In Hungary, demonstrators demand recognition of LGBT rights and a repeal of anti-LGBT legislation. In multiple countries, demonstrators criticize COVID-19 restrictions, including soon-to-be-implemented health passes. In Malta, protests took place in response to findings of state involvement in a journalist’s death in 2017.

In Hungary, demonstrations against the government and anti-LGBT legislation took place last week. On 24 July, tens of thousands of people marched in Budapest, demanding respect for the rights of LGBT people and condemning the recently adopted “anti-pedophilia” law (Népszava, 24 July 2021). Despite its name, the law actively targets the LGBT community through a range of measures, including restrictions on the showing of content touching upon issues of sexual and gender identities (RFE/RL, 8 July 2021). Far-right groups showed up at several points of the march, though no confrontations took place. Meanwhile, hundreds of opposition supporters and politicians held a demonstration in Budapest on 26 July (HVG, 26 July 2021). They condemn the recently revealed use of Pegasus spyware by the government in a surveillance program that targets journalists, former and current politicians, and businesspeople.

In Germany, around 36,000 members of the LGBT community staged an LGBT Pride Parade in Berlin last week. Clashes between some demonstrators and police took place during the event (Zeit, 26 July 2021; Berliner Zeitung, 25 July 2021). Two homophobic attacks were also reported in the aftermath of the parade, leaving four people injured (Berliner Zeitung, 26 July 2021). Attacks against LGBT people also occurred in Italy, the Netherlands and Spain last week.

Demonstrations against COVID-19 measures occurred in Italy, Ireland, United Kingdom, Portugal, Poland, the Czech Republic, Finland, Georgia, Kazakhstan, Russia, Slovakia, Greece, Cyprus, Estonia, Croatia, and France. Many of these demonstrations focus on the introduction of health passes in multiple countries; health passes would restrict access to certain places to only those who are vaccinated against COVID-19, test negative for the coronavirus, or have recovered from the virus. In France, demonstrators gathered in more than 100 locations, with violence recorded in five locations. In Italy, thousands of people, including far-right party affiliates and activists, staged demonstrations throughout the week in over 80 localities (Info Oggi, 24 July 2021). In several instances, demonstrators wore yellow badges, likening COVID-19 restrictions to the persecution of Jews during World War II (ANSA, 24 July 2021). Separately, the World Wide Rally for Freedom, a movement begun in Germany on 20 March 2021 against COVID-19 restrictions, held a third global protest on 24 July, with thousands joining in Portugal, the United Kingdom, and Italy (Correio da Manha, 24 July 2021; Independent, 24 July 2021; Info Oggi, 24 July 2021).

In Malta, on 29 July, anti-corruption activists gathered outside the Office of the Prime Minister in Valletta against the state’s role in the assassination of investigative journalist and activist Daphne Caruana Galizia in 2017. Galizia reported on government corruption, nepotism, patronage, and allegations of money laundering (The Times, 20 October 2017). The protest comes a day after the publication of a public inquiry, which found the state responsible for her death (BBC, 31 July 2021).

In the Donbas region of Ukraine, fighting between Ukrainian government forces and Russian-led forces decreased last week compared to the previous week. There were 34 armed clashes, 111 shelling incidents, and no fatalities reported.