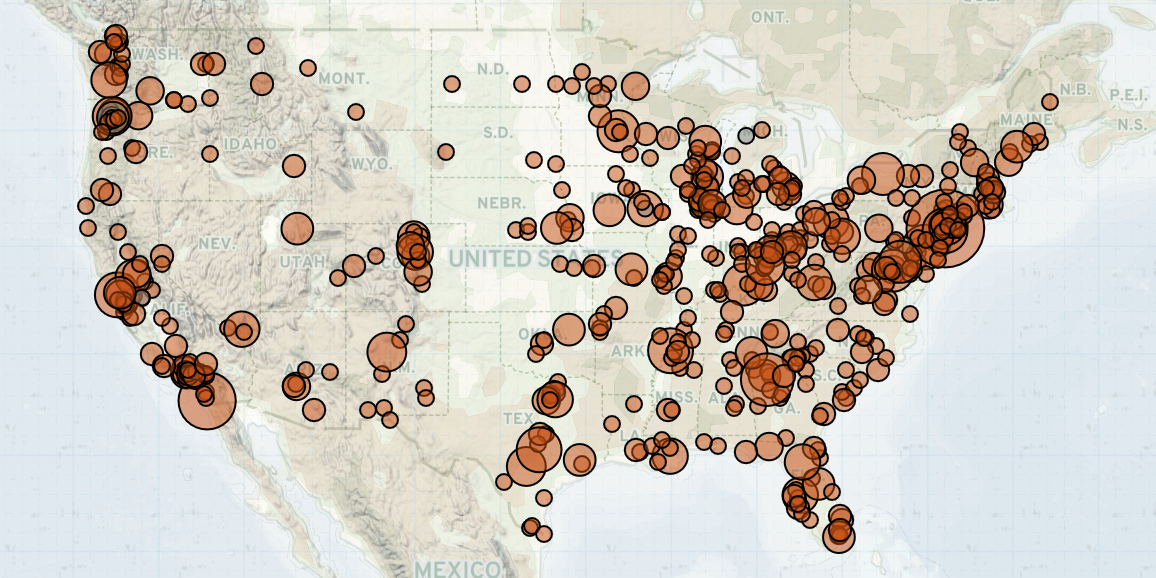 The surge in pandemic-related demonstrations is largely attributable to a significant increase in demonstrations against government restrictions and newly instituted COVID-19 vaccine mandates at workplaces, especially healthcare centers. The largest share of anti-restriction demonstrations involved calls for an end to mask mandates in schools, as students across the country return to in-person learning. Demonstrations in support of mask mandates also increased over the period, although at a lesser rate than anti-mask demonstrations (for more on COVID-19 demonstration trends during the first year of the pandemic, see A National Emergency: How COVID-19 is Fueling Unrest in the US).

The Cancel the Rents movement also engaged in increased demonstration activity towards the end of August, particularly in New York, the San Francisco Bay area in California, and Washington, DC as the Supreme Court ended the national eviction moratorium on 26 August (New York Times, 26 August 2021). Demonstrators called for either the renewal or continuation — depending on the local situation — of eviction bans amid the pandemic and for improved living conditions for unhoused populations.

A subset of demonstrations in August focused on ensuring access to voting and increased equality for non-white populations following the passage or proposal of restrictive laws throughout much of the South. On 28 August, the 58-year anniversary of Martin Luther King, Jr.’s “I Have a Dream” speech brought tens of thousands of people, including various union groups, to Washington, DC to commemorate the speech and the historic 1963 March on Washington for Jobs and Freedom. Similar demonstrations took place on the same day in at least 19 cities across 15 states. Throughout the month, demonstrators also called for the passage of the For the People Act and the John Lewis Voting Rights Advancement Act, which together would reform the American voting system (New York Magazine, 25 August 2021).

The withdrawal of American military and diplomatic personnel from Afghanistan on 30 August, ending a nearly 20-year engagement in the country (Reuters, 30 August 2021, New York Times, 18 August 2021), also sparked some demonstrations across the US. Demonstrations were primarily organized by Afghan-Americans calling on the US to expedite immigration for Afghan refugees, while also protesting against the Taliban. Despite the high-profile end to the generational war, demonstrations focused on Afghanistan accounted for a small proportion of total demonstrations in August, with only about three dozen events reported.

Environmental activists, meanwhile, demonstrated over a wide variety of topics last month, ranging from various local construction projects to climate change more largely. The Enbridge Line 3 Pipeline continues to attract significant environmental and Indigenous concern as demonstrators, including Native American groups such as the Chippewa and Anishinaabe, continue to demonstrate against the project (The Guardian, 10 August 2021). Demonstrators claim that the pipeline will cause environmental damage and that it violates the treaty rights of Native American tribes, including the Anishinaabe (MPR News, 16 July 2021). Demonstrations against the pipeline continue to incur police intervention at elevated rates, with arrests reported at several peaceful, albeit disruptive, demonstrations against the project.

In the last week of August, demonstrations against Texas Senate Bill 8, which effectively outlaws abortions, were held in Texas and other states as Planned Parenthood organized a ‘National Day of Action’ on 1 September, the same day that Governor Abbott signed the law into effect (New York Times, 1 September 2021; Texas Tribune, 31 August 2021). Demonstrators rallied against the law itself — which bans abortions after six weeks of pregnancy without exception, a window of time during which most women often do not yet know they are pregnant — and also against the Supreme Court’s five to four refusal to block the ban (Supreme Court of the United States, 1 September 2021). The law deputizes civilians to, and prohibits government officials from, enforcing the abortion ban, hence bypassing restrictions set in the landmark Roe v. Wade case against undue interference from the state in abortion access — a provision that is likely to lead to vigilantism (Texas Tribune, 3 September 2021). While most abortion-related demonstration events were reported in Texas, demonstrations against the bill were also reported in Kentucky, Maine, and Vermont as well.