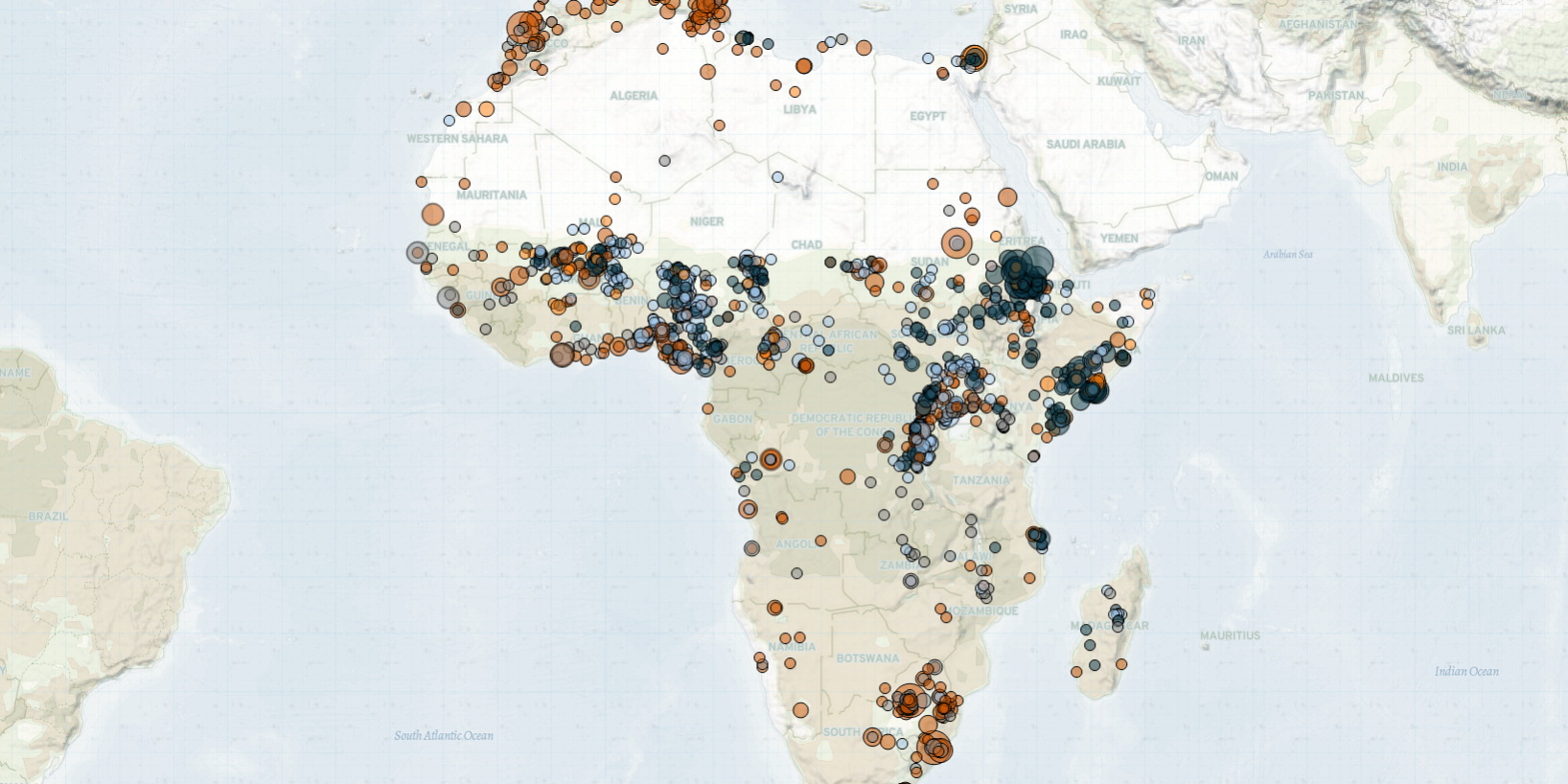 Last week in Africa, a coup d’état toppled President Alpha Condé in Guinea; the ruling Islamist party lost parliamentary elections in Morocco; the most lethal attack against civilians in more than a year was reported in the Central African Republic; pro-democracy demonstrations flared up in eSwatini; and protesters blocked oil exports at several ports in Libya.

In Guinea, special forces under the command of Colonel Mamady Doumbouya overthrew the government of Alpha Condé and detained him after hours of shootouts near the presidential palace in Conakry. The junta announced the dissolution of the Constitution, the closure of the borders, and imposed a nightly curfew (Al Jazeera, 5 September 2021). This comes after Condé won a controversial third term last year, sparking violent demonstrations that left several people dead.

In Morocco, parliamentary elections were held last week. The National Rally of Independents (RNI) party won most seats in the Parliament, defeating the Islamist Justice and Development party that had held power since 2011.

Burkina Faso remained the most active country in the Central Sahel region. The Burkinabe army stepped up its aerial campaign against Jama’at Nusrat al-Islam wal-Muslimin (JNIM) and its affiliates. JNIM was particularly active in the East region where the group carried out attacks, abductions, and ran fake checkpoints to conduct identity checks. In Mali, deadly fighting continued between JNIM-affiliated militants and Donso and Dan Na Ambassagou militias in Mopti and Segou regions. In Niger, the Diffa region experienced the largest number of events, with Boko Haram (JAS) Bakura faction militants launching multiple attacks against civilians in the Diffa department. Elsewhere in the Tillaberi region, presumed Islamic State West Africa (ISWAP) Greater Sahara faction fighters carried out a deadly attack against civilians in the Ouallam Department. The attack came against the backdrop of President Mohamed Bazoum’s visit to northern Tillaberi (ActuNiger, 10 September 2021).

In Nigeria, military forces continued airstrikes targeting armed militias in Zamfara and Kaduna states, resulting in dozens of reported fatalities. Militias fled from these areas, with a Zamfara militia abducting 20 civilians in the nearby Sokoto State. In Katsina and Niger states, clashes broke out between armed militias and local self-defense groups following attacks on civilians.

In the Central African Republic, the most lethal attack against civilians in more than a year was reported in Besson village in the Nana-Mambere prefecture where Wagner mercenaries killed dozens of Fulani pastoralists. The victims were accused of supporting the Coalition of Patriots for Change (CPC) affiliated rebel groups.

Violence continued to spread across South Sudan last week, with the most serious incidents relating to the continued unravelling of the Sudan People’s Liberation Movement – In Opposition (SPLM-IO) rebellion. Heavy fighting was reported in and around Tambura town in Western Equatoria state, close to the border with the Central African Republic, leaving dozens dead and injured. The fighting is the latest in the string of incidents in the Tambura area over the past few months which are reported to have killed more than 100 people between June and August.

In the Democratic Republic of Congo, the Congolese armed forces clashed against factions of the Cooperative for Development of Congo (CODECO) in Djugu territory of Ituri province, leaving over 50 fatalities. Elsewhere in Ituri, the Allied Democratic Forces (ADF) launched several deadly attacks against civilians in Irumu territory, triggering clashes with the military forces. Meanwhile, ADF continued to operate around the Beni area of North Kivu province, clashing with the military forces and attacking civilians. The ongoing instability around Beni led to violent demonstrations against the ‘State of Siege’ operations, with police arresting over 50 demonstrators. Further, clashes took place on Lake Tanganyika between Congolese and Burundian military forces, with both governments reporting conflicting information (SOS Medias, 7 September 2021).

In eSwatini, there was a resurgence of pro-democracy demonstrations in all four regions of the country coinciding with the anniversary of the Independence Day. Contrary to the unrest in late June that left several people dead, the protests last week were largely peaceful with police blocking demonstrators without using violence.

Lastly, protesters in Libya blocked oil exports at several ports in Sirt and Al Butnan districts. Unemployed graduates gathered at the Marsa el-Hariga port in Al Butnan to demand job opportunities while protests erupted at the Ras Lanuf and As Sidrah ports in Sirt, calling for the dismissal of the head of the National Oil Corporation (NOC). The unrest is due to a power struggle between Libya’s oil minister and the head of the state-run NOC nearly six months after the formation of the Government of National Unity put an uneasy end to conflict and tension between rival governments in Libya (Bloomberg, 8 September 2021).