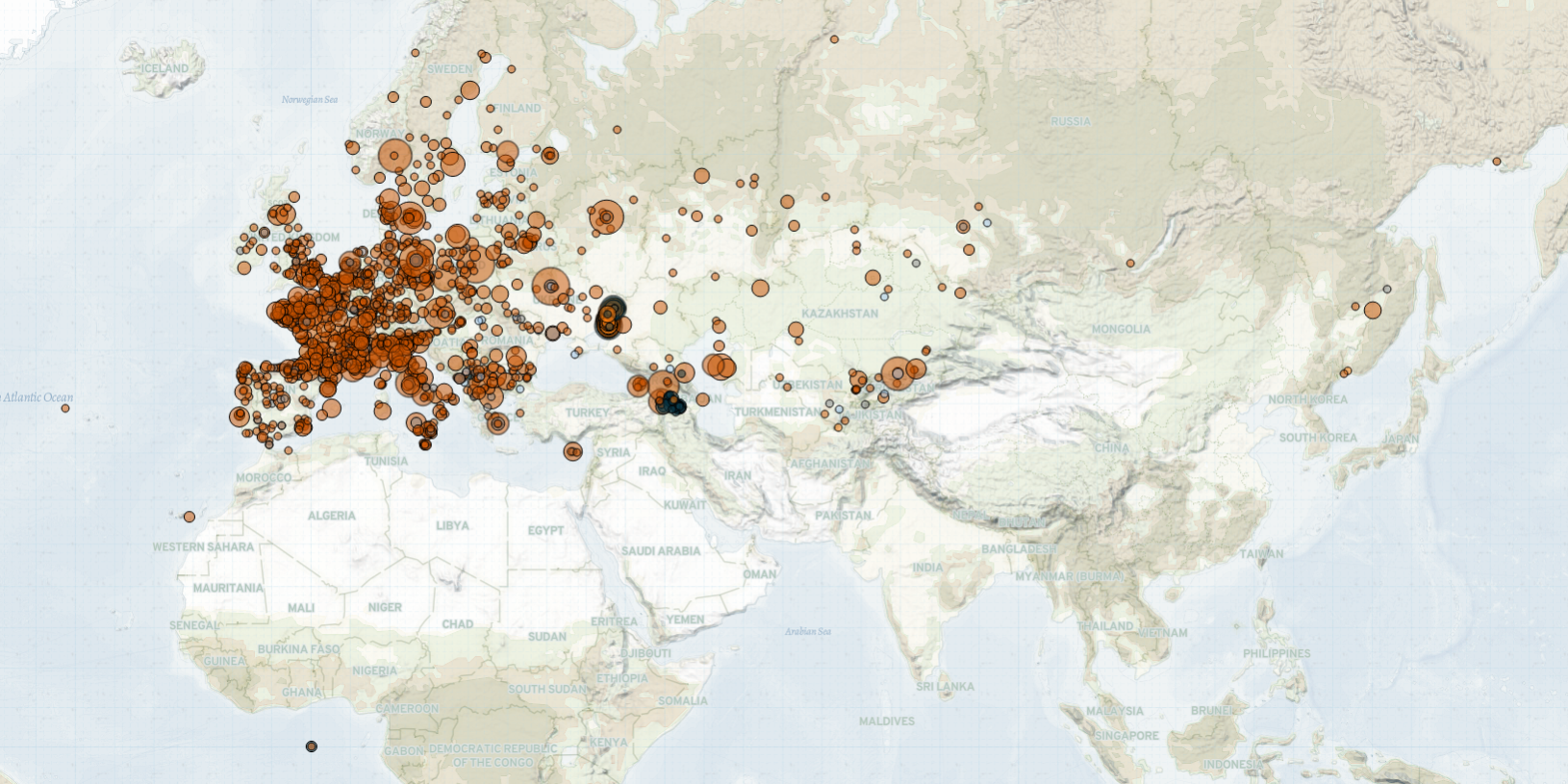 Last week in Europe, Central Asia and the Caucasus, tensions in Montenegro increased amidst demonstrations against the installation of a new leader for the Serbian Orthodox Church. Poland declared a state of emergency in response to heightened levels of irregular migration along the border with Belarus. In Russia, demonstrations took place across the country in response to the government’s move to classify a leading independent media agency as a ‘foreign agent.’ In France, large numbers of demonstrations against proof of double COVID-19 vaccination continued. Meanwhile, climate change-related demonstration events were reported in Germany, Austria, and the United Kingdom.

In Montenegro, police forces clashed with crowds demonstrating against the installation of the new religious leader of the Serbian Orthodox church last week (BBC, 5 September 2021). The ceremony took place in the city of Cetinje, which occupies a crucial point in the contemporary identity of Montenegrins. The city was the capital of the first independent Montenegrin state and is the seat of the Serbian Orthodox Church in Montenegro. Demonstrators claim that the new bishop does not acknowledge the independence of Montenegro from Serbia and that he is a danger to Montenegro (Emerging Europe, 27 August, 2021). Following the violence, several government politicians accused the opposition of using the demonstrations to destabilize the country (Balkan Insight, 6 September 2021).

In Poland, the government declared a state of emergency in the areas bordering Belarus last week over increased levels of irregular migration through Belarus (Reuters, 2 September 2021). Poland and Lithuania have accused the Belarusian government of pushing refugees across their borders to pressure the governments to end their support of pro-democracy movements in Belarus (The Times, 8 August 2021). Various activist groups organized rallies in several Polish cities opposing the introduction of the state of emergency and demanding greater solidarity with the refugees (BBC, 8 September 2021).

In Russia, protests in defense of press freedom continued across the country last week, following the government’s declaration of TV Rain, a major independent media agency, as a “foreign agent” (Amnesty International, 21 August 2021). Two demonstration events of 300 and 50 participants each took place in Moscow (TV Rain, 4 September 2021). Coordinated one-person pickets also took place across the country, including in Yekaterinburg, Tomsk, Kaluga, Ufa, and Ivanovo (Activatica, 4 September 2021; Tayga.Info, 5 September 2021; 7×7, 4 September 2021; RFE/RL, 4 September 2021; 7×7, 5 September 2021).1‘Single person protests’ often occur in Russia as they are effective ways to bypass state regulations on demonstration activity, which typically focuses on large groups. These events are not always captured by ACLED’s collection as they do not necessarily meet our minimum collection requirements; a demonstration must involve at least three people to be included. In cases where coordinated one-person protests consist of a group of three or more people standing in various places in the same city to protest in a coordinated way, even if they are separate enough to circumvent the protest gathering ban, such cases are included in ACLED coding. Cases where there is a single person protesting in a city while ‘coordinating’ with single individuals in various other cities do not meet ACLED’s threshold for inclusion, though they have been specifically mentioned here to illustrate the geographic extent of opposition to these laws. These crackdowns are part of a broader campaign to repress and control independent media ahead of the 19 September parliamentary elections. This campaign is multifaceted but has included efforts to restrict the activities of independent media by labelling them as foreign agents as well raids to intimidate individual journalists (The Guardian, 27 August, 2021; RFE/RL, 4 September, 2021; Amnesty International, 28 July 2021).

In France, demonstrations continued in hundreds of locations across the country, calling for the withdrawal of a coronavirus-related bill that obliges people to provide proof of double vaccination to resume professional and social activities. Health workers also demonstrated in a handful of locations to denounce the obligation for health workers to receive a coronavirus vaccine by 15 September 2021.

In Germany, several thousand people from the ‘Indivisible’ (Unteilbar) movement, bringing together many organizations united against social inequalities, protested in Berlin to denounce numerous issues, including climate change, racism, and high rents, among other issues (DW, 4 September 2021). Environmental activist groups, including Fridays For Future and Extinction Rebellion, also staged several demonstrations in Austria and the United Kingdom.

Along the Armenia-Artsakh-Azerbaijan Line of Contact, Armenian government sources reported two instances of ceasefire violations involving Azerbaijani forces last week. Separately, Azerbaijan and Turkey conducted joint military exercises in the Lachin region of Azerbaijan, which prior to the Nagorno-Karabakh War, was part of the de facto Republic of Artsakh. The military exercise took place only 300 meters away from the ‘Lachin Corridor,’ the only road that connects Armenia and Artsakh. The Lachin Corridor is currently under the control of the Russian Peacekeeping Contingent (Eurasianet, 10 September 2021). This deployment is also the first time that Turkish forces have been officially deployed in territory retaken by Azerbaijan Eurasianet, 10 September 2021).

In the Donbas region of Ukraine, fighting between Ukrainian government forces and Russian-led forces remained relatively stable last week compared to the previous week. There were 52 armed clashes, 85 shelling incidents, and no fatalities reported.