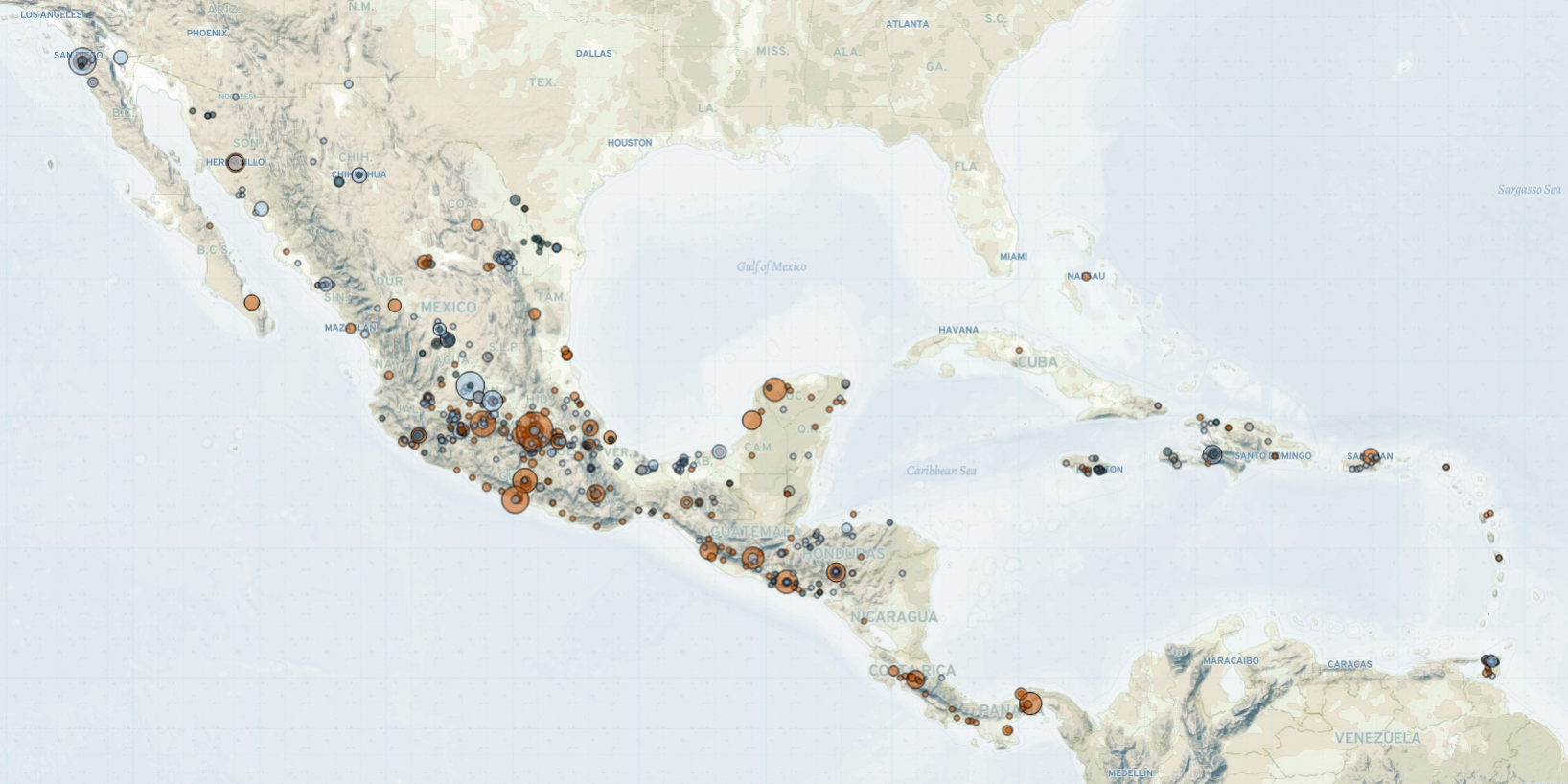 Last week in Mexico, Central America, and the Caribbean, demonstration levels slightly decreased while violence against civilians remained high. In El Salvador, the adoption of Bitcoin as legal tender sparked demonstrations in the capital as well as in other cities. Meanwhile, judges in El Salvador protested against reforms introducing a mandatory age of retirement. In Honduras, an unidentified armed man attacked and injured a mayoral candidate for the opposition Liberty and Refoundation Party (LIBRE). In Haiti, soaring rates of kidnapping continue to affect people in Port-au-Prince, including a relative of the prime minister. Finally, in Mexico, the Jalisco New Generation Cartel (CJNG) attacked several villages in the municipality of Tepalcatepec, causing the displacement of local communities.

In El Salvador, demonstrations against the adoption of Bitcoin as legal tender increased last week. Congress approved the Bitcoin Law on 9 June, making this cryptocurrency legal tender in the country, alongside the US dollar. Under the new law, which came into force on 7 September, businesses are obliged to accept Bitcoin as a form of payment (Infobae, 12 September 2021). In San Salvador, hundreds of people demonstrated, as rioters set fire to tires outside the legislative assembly on 7 September (Elsalvador.com, 7 September 2021). Students, members of the political opposition, former military officers, and civil society organizations claim that the use of this currency could lead to economic instability and could support money laundering (France 24, 8 September 2021). Moreover, demonstrators argue that the adoption of Bitcoin could further deepen social inequalities, with more than 40% of the population unable to access the internet or other technologies necessary for the use of Bitcoin (BBC, 7 September 2021; Elsalvador.com, 2 March 2021). On the day that Bitcoin started to be used, its value decreased by 17% and technical problems were reported for the use of the government’s digital platform designed to manage transactions (DW, 7 September 2021).

Judges and lawyers also protested in San Salvador last week, condemning recent law reforms that mandate the retirement of judges at the age of 60 or once they have rendered 30 years of service, whichever comes first (CNN, 1 September 2021). Judges claim that these reforms are part of a broader effort by President Nayib Bukele’s government to assert control over the judicial branch (EFE, 7 September 2021). It follows the replacement of five Supreme Court judges in May who had criticized the government (France 24, 2 May 2021). Days after the passage of these reforms, the Supreme Court ruled in favor of allowing sitting presidents to run for re-election, foreshadowing Bukele’s potential run for a second consecutive term in 2024 (BBC, 4 September 2021).

In Honduras, violence against politicians and political candidates continued last week, ahead of the general election scheduled for 28 November. In the municipality of San Luis, an unidentified armed man injured a mayoral candidate for the opposition LIBRE in a drive-by shooting on 6 September. Moments before the attack, the candidate had reported that armed men were intimidating members of his party around the offices of the National Register (Once Noticias, 6 September 2021). Most of the reported attacks during this and previous election periods have remained unpunished as authorities fail to investigate such violence (Expediente Publico, 11 February 2021). Local experts have pointed out that these attacks are often related to the contestation of public resources by political elites, as well as the influence of criminal groups to support candidates that favor their criminal activities (El Heraldo, 28 July 2021). Thus far in 2021, ACLED records at least 13 attacks against politicians, candidates, and government officers, resulting in at least nine fatalities. According to the University Institute in Democracy, Peace, and Security, in the nine months prior to the general elections held on 26 November 2017, attacks against candidates and politicians left seven fatalities (IUDPAS, February 2018).1ACLED coverage of Honduras extends back to the start of 2018, so comparison numbers from ACLED in the lead up to the 2017 election are not available, hence why another source is cited here.

In Haiti, violence against civilians intensified as kidnappings spiked last week in Port-au-Prince. The worsening of Haiti’s political, economic, and humanitarian crisis, along with the strengthening of gangs’ control over some cities, have favored an increasing rate of kidnappings, which are one of the main sources of revenue for these groups (Forbes, 16 June 2021; France 24, 8 July 2021). In particular, gangs have increasingly targeted aid and health workers, businessmen, government officials, and their relatives (InSight Crime, 10 September 2021). In one of the most high profile cases, armed men kidnapped the daughter-in-law of Prime Minister Ariel Henry while she was working at a hospital on 6 September. Last week, ACLED records six kidnapping events, the greatest weekly number of kidnapping events in the past four months.

Additionally, gangs affiliated with the G-9 gang alliance blocked several roads near the districts of Delmas and Carrefour in Port-au-Prince last week, preventing cargo trucks from transporting goods. On 10 September, the gangs lifted their roadblocks to allow the passage of gasoline trucks in response to gasoline shortages across the city (Le Nouvelliste, 10 September 2021). The roadblocks were lifted after the leader of the G9 demanded that all G9 member gangs allow the passage of traffic and cease fighting in the area that connects the capital to the Varreux oil terminal (Haiti Libre, 11 September 2021). In the last two months, gang roadblocks have increased as these groups seek to control the movement of goods and the entrance to neighborhoods that they control (The New Humanitarian, 7 September 2021).

In Mexico, the CJNG continued its offensive to wrest control of the Tierra Caliente region in Michoacan state from the United Cartels last week. In simultaneous attacks carried out during the night of 3 September, alleged members of the CJNG attacked at least 11 villages in the municipality of Tepalcatepec, causing the displacement of around 1,000 people (La Opinion, 4 September 2021). Following these attacks, people demonstrated in the municipalities of Aguililla, Periban, Los Reyes, Lazaro Cardenas, and Tepalcatec, demanding the intervention of the federal government to ensure security conditions (La Silla Rota, 6 September 2021). The federal government subsequently deployed 300 officers to Tepalcatepec (El Norte, 4 September 2021). Local residents have criticized the failure of state forces to guarantee security in the area amid claims that authorities have colluded with criminal groups (BBC, 12 August 2021). The Tierra Caliente region is considered a strategic point for the production and trafficking of methamphetamine (EFE, 5 May 2021). The area is under an ongoing turf war between the CJNG and the United Cartels, an alliance between criminal groups that have sought to push back the expansion of the CJNG (InsightCrime, 25 May 2021).