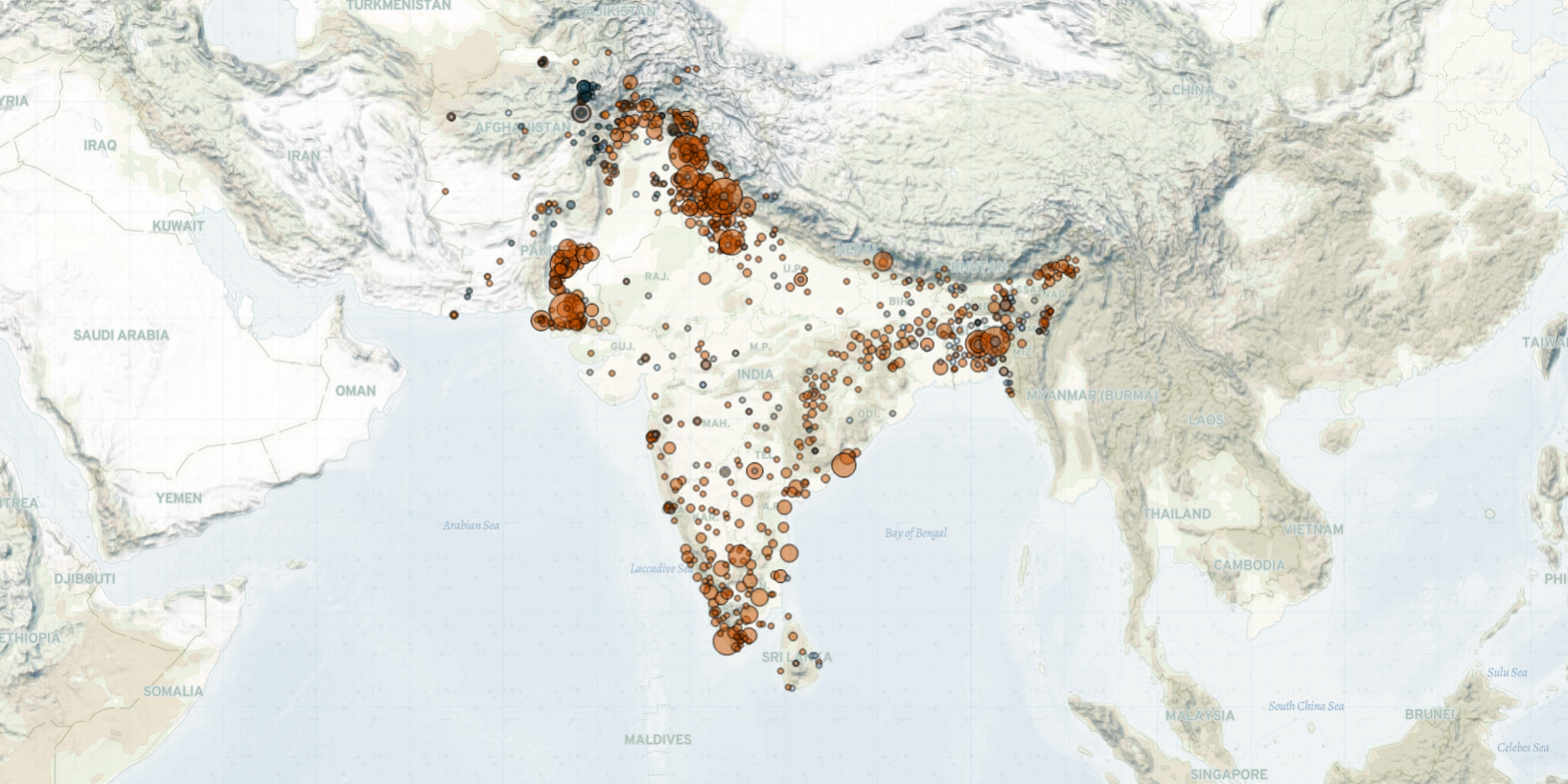 In Afghanistan, nearly one month after entering Kabul, the Taliban announced an interim government. Hard-liner veterans from the Pashtun ethnic group constitute the majority of an all-male cabinet (AP, 8 September 2021). Following the announcement, women continued demonstrations demanding inclusive governance and equal rights. Almost a dozen protest events were held in Fayzabad, Kunduz, Mazar-e-Sharif, and Charikar as hundreds of women joined demonstrations in Kabul city (VOA, 7 September 2021). All Kabul protests were dispersed by Taliban members firing into the air and beating up protesters. Some journalists covering the protests were detained and tortured by Taliban members (RFE/RL, 9 September 2021). Several counter-protests were also held by women supporting the Taliban, which were not dispersed; unlike the other protests, these supportive protests were reported by the Taliban’s official Twitter account (Twitter @alemara_ar, 7 September 2021). Similar protests took place on 11 September, but were met with skepticism as some women anonymously claimed to be forced by the Taliban to attend such rallies (TRT World, 11 September 2021).

Meanwhile, the Taliban claims to have defeated the National Resistance Front (NRF), seizing control of the Panjshir Valley, bringing the country’s last resisting territory under their rule (BBC, 7 September 2021). During the operations last week, Taliban forces killed the NRF spokesman, who was also a prominent journalist, Fahim Dashti. The NRF claim Dashti was targeted by Pakistani air forces supporting the Taliban, although the Taliban refutes this claim (TOLO News, 6 September 2021). Despite their recent losses, NRF fighters have announced that they are still organized to fight against the Taliban (CNBC, 7 September 2021).

The seizure of Panjshir led to further protests in the country last week, as protesters responded to NRF leader Ahmad Massoud’s call for a nationwide uprising against the Taliban (Al Jazeera, 7 September 2021). Slogans against Pakistani support for the Taliban were also raised in many protests, including those led by women (Afghanistan Analysts Network, 12 September 2021). The Taliban responded to these protests with violence as well, firing both into the air and at protesters, killing one protester in Herat city. The Taliban also issued a ban on protests without permission from the Ministry of Justice last week (Khaama Press, 9 September 2021).

In Pakistan, a suicide bomber from the TTP killed at least four paramilitary Frontier Corps (FC) officers and wounded 20 others at a security checkpoint on the Quetta-Mastung Road near the capital city of Balochistan province. This is the first attack claimed by the TTP in Pakistan since the Taliban took control of neighboring Afghanistan. The TTP renewed its allegiance to the Taliban after the fall of Kabul in August and has vowed to take control of Pakistan’s tribal border region with Afghanistan (CNN, 5 September 2021). Last week, suspected members of the TTP attacked security forces in several tribal districts of Khyber Pakhtunkhwa province, killing at least two soldiers. Meanwhile, the Afghan Taliban discussed bilateral security cooperation with delegates from the Pakistan government, with a focus on measures to prevent the movement of militants into Pakistan (VOA, 8 September 2021).

Baloch separatists attacked civilians and security forces in Balochistan province last week. Specifically, the Baloch Liberation Army (BLA) claims responsibility for killing a Pakistani intelligence informant in Kharan area last week. Two FC officers were also killed in an exchange of fire with suspected Baloch separatists in Buleda city. Parallel to the TTP, Baloch insurgents have also intensified campaigns against security forces, which has led to a recent increase of militant violence in the province.

Demonstrations in India increased last week, as the government-aligned Bharatiya Mazdoor Sangh (BMS) trade union organized nationwide peaceful protests against rising fuel prices and inflation. Demonstrators demand that the government pass a law to curb price increases of essential commodities and petroleum products, and to increase workers’ salaries to account for the inflation (The Hindu, 9 September 2021). Demonstrations were held in 500 locations, including in New Delhi city, state capitals, district headquarters, and major industrial hubs. The demonstrations come despite the BMS being affiliated with Hindu nationalist Rashtriya Swayamsevak Sangh (RSS), and closely aligned with the ruling Bharatiya Janata Party (BJP).