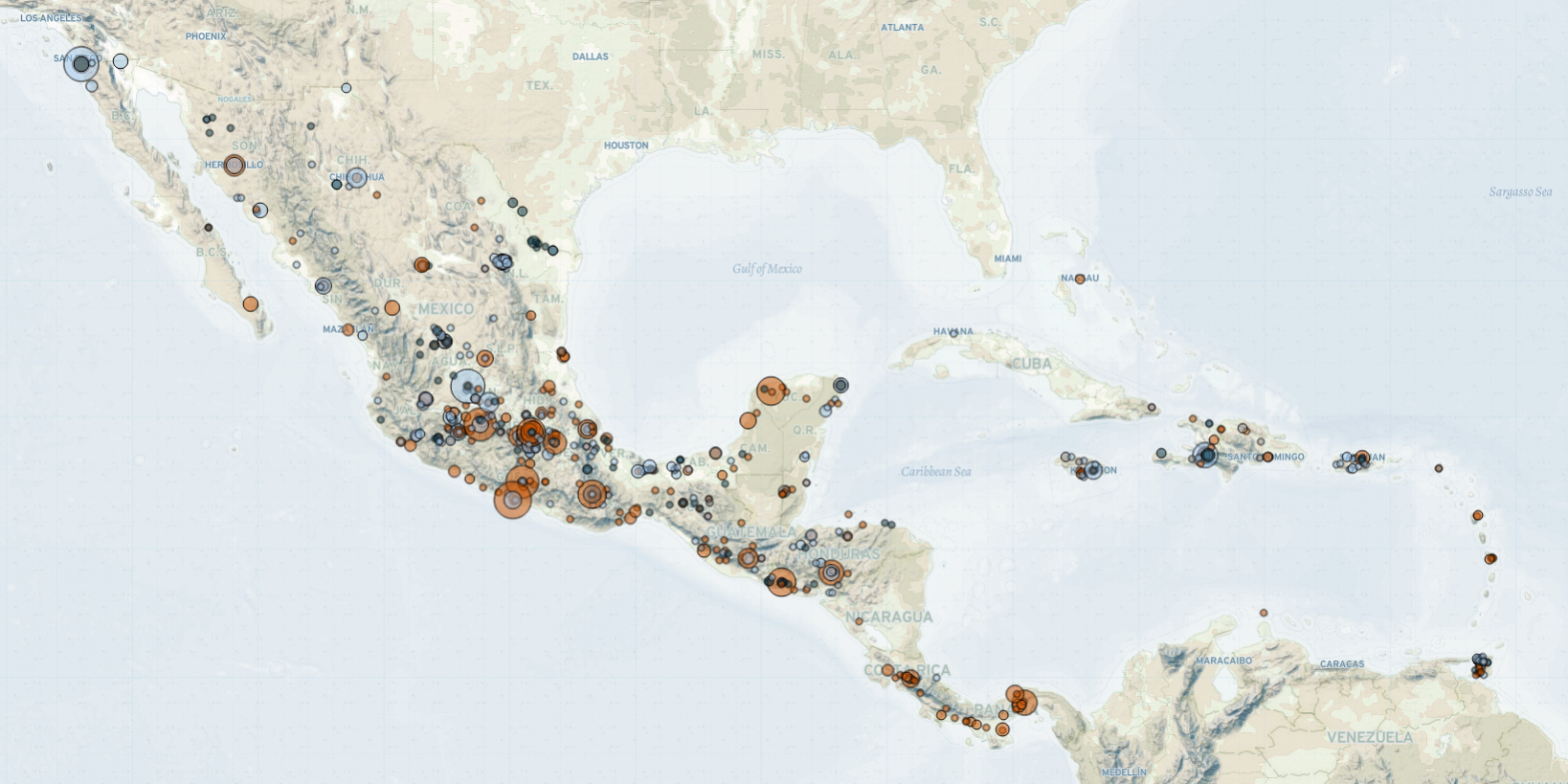 Last week in Mexico, Central America, and the Caribbean, demonstrations and violence against civilians remained high. In Haiti, riots broke out at Port-au-Prince airport as deported migrants were returned to the country from the United States. Meanwhile, Haitian police clashed with the Mawozo 400 gang for two consecutive days in Croix-des-Bouquets. In Guatemala, unidentified suspects killed a member of the Farmers Development Committee (CODECA). In Mexico, an alleged criminal group used an explosive device against civilians in Guanajuato state, leaving two dead and several others injured. In Honduras, unidentified armed men kidnapped and killed a former councilor of the ruling National Party of Honduras (PNH).

In Haiti, deported migrants returning from the US rioted at Toussaint Airport last week, refusing to be left in Haiti by US immigration officers. A group of the deported migrants clashed with US officers on 21 September as they attempted to reboard the planes in which they had been deported, leaving three immigration officers and one pilot injured. International organizations have criticized the decision of US authorities to expel Haitians from the US, arguing that Haiti is unable to manage the arrival of deported migrants due to the current humanitarian and political crisis (CBS, 27 September 2021). Last week, more than 500 migrants arrived in Haiti following their deportation from the US (Reuters, 21 September 2021).

Meanwhile, police clashed with members of the 400 Mawozo gang — the dominant gang in Croix-des-Bouquets district and neighboring areas (Rezo Nodwes, 5 September 2021) — on 17 and 18 September during a security operation in the Croix-des-Bouquets district. In retaliation for the operation, the 400 Mawozo gang kidnapped a police officer and blocked the roads of the district with burning trucks. The leader of 400 Mawozo, known as “Lanmó san jou”, also ordered local residents to suspend all economic and social activities in the area (Haiti Press Network, 20 September 2021). The ongoing violence comes after the national director of the police announced a crackdown on gang violence in the capital and other districts of the Ouest department on 6 September (AP, 7 September 2021). Despite these efforts, local organizations have reported that police lack the capacity to face gangs due to poor equipment and mismanagement by the head of the police and the government (RNDDH, 11 June 2021). In September, ACLED records an increase in clashes between gangs and law enforcement agencies compared to August 2021.

In Guatemala, unidentified armed men killed an indigenous community leader and member of the CODECA farmer organization in Jalapa municipality on 20 September. According to local human rights organizations, representatives of CODECA have regularly been targeted by unidentified gunmen due their work defending community land access and the political inclusion of indigenous and peasant communities (Prensa Comunitaria, 21 September 2021). The majority of these attacks have remained unpunished due to the failure of the judiciary system to investigate and determine the perpetrators and motivations behind such attacks (OMCT, 19 January 2021). Since 2018, ACLED records dozens of attacks against members of peasant communities, including members of CODECA.

In Mexico, violence against civilians intensified in Guanajuato state last week as criminal groups used explosives in a suspected extortion-related attack. A restaurant manager and his partner were killed after they opened a package containing an explosive device. The explosion also left at least four other people injured. Though authorities are investigating the attack, relatives of the victims claim that members of the Jalisco New Generation Cartel (CJNG) had attempted to extort the victims before the attack (Milenio, 21 September 2021).  The attack is the most deadly remote explosive event recorded by ACLED in Guanajuato.

In Honduras, violence against politicians continued last week ahead of the general elections scheduled for 28 November. On 21 September, unidentified armed men kidnapped a former councilor of San Luis municipality, and member of the ruling PNH, from his house. His body was later found dismembered. The victim had been injured in a previous attack in 2019 and had also been arrested for alleged ties with local criminal groups (La Prensa, 22 September 2021). According to experts, criminal groups are often involved in attacks against politicians in Honduras as they seek to shape local politics to favor their criminal activities (El Heraldo, 28 July 2021).