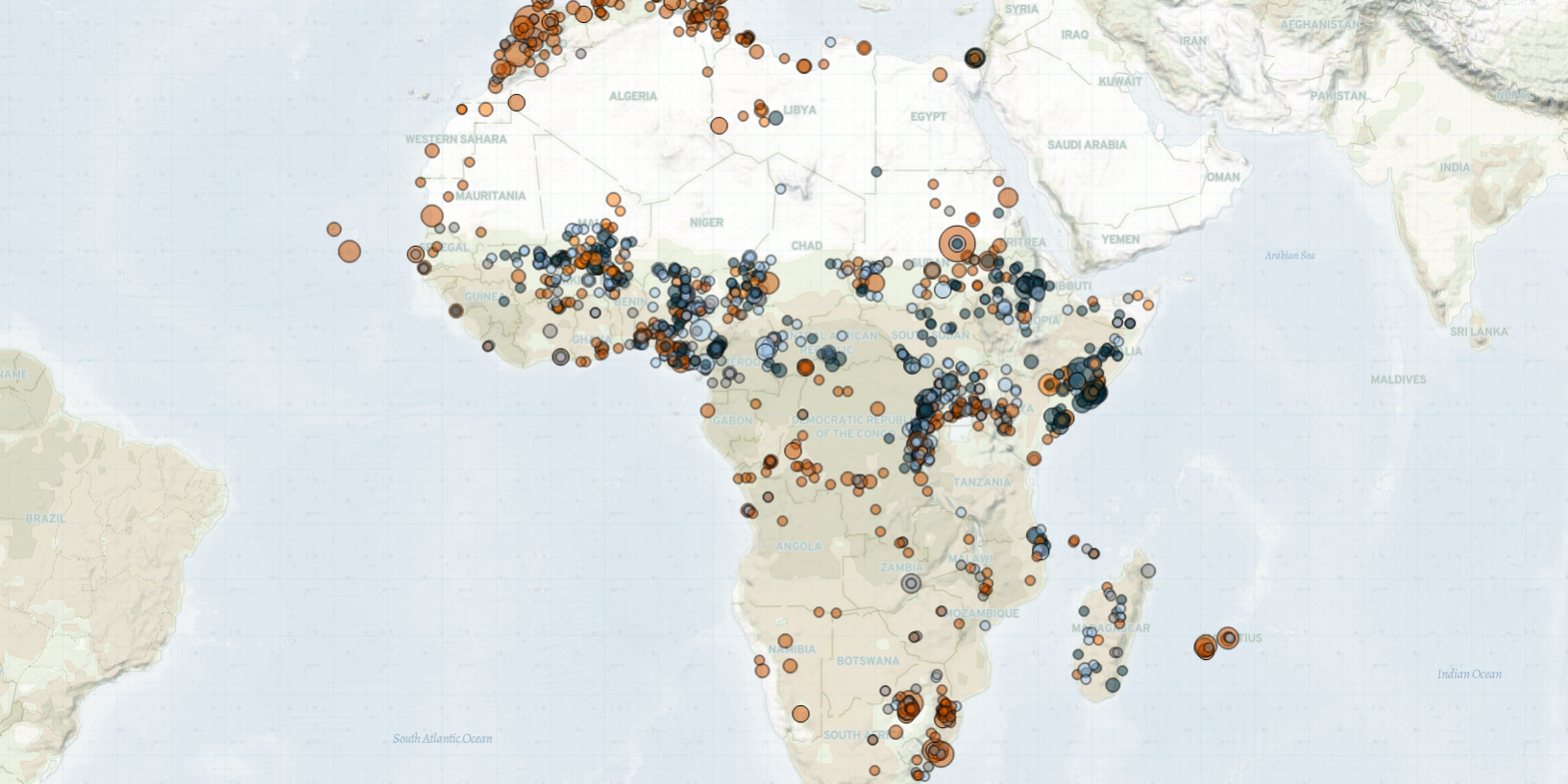 In Mali, a major attack by Jama’at Nusrat al-Islam wal-Muslimin (JNIM) militants targeted a mining convoy escorted by gendarmerie and special antiterrorist forces between Sebabougou in the Kayes region, and Kwala in the Koulikoro region, killing several soldiers, wounding others, and leaving substantial material damage. Elsewhere, in pursuit of an operation in which a French soldier was killed two weeks ago, French Operation Barkhane forces launched a joint air-ground operation that resulted in several fatalities among Islamist militants. Meanwhile, relations between Mali and France further deteriorated over Mali’s negotiation with the Russian private military company, the Wagner Group, amid accusations that France was “abandoning” Mali by preparing a large troop drawdown (Reuters, 28 September 2021).

Significant remote violence took place in Burkina Faso last week. Suspected JNIM and affiliates carried out several deadly IED explosions in a number of regions. Moreover, Burkinabe forces continued the aerial campaign against presumed JNIM and affiliates’ positions, mainly in the Loroum province in the North region as well as the Yagha province in Sahel, shifting from the areas targeted in the previous weeks. The strikes killed dozens of fighters and destroyed motorcycles and equipment.

In Nigeria, Boko Haram (JAS) militants launched a fatal attack on rival Islamic State West Africa (ISWAP) Lake Chad faction fighters, overtaking the Kirta Wulgo island in Borno state after dislodging ISWAP security checkpoints. Clashes between the two groups over influence in the Lake Chad region have risen this year (France24, 28 September 2021). In May, the JAS leader, Abubakar Shekau, was killed or committed suicide as the two groups battled for supremacy in the region. His death caused uncertainty about the future of the group, prompting thousands of JAS militants to surrender to the military forces (Reuters, 2 september 2021). Meanwhile, ISWAP Lake Chad faction militants launched several attacks against Nigerian military forces and civilians in Borno and Yobe states. Elsewhere in Borno, an airstrike by the Nigerian military forces left dozens killed in the village of Kwatar Daban Masara. While the military claims that the airstrike hit an ISWAP camp, residents report that the victims were civilians and mostly fishermen (Reuters, 30 September 2021). On 15 September, another deadly airstrike by military forces hit civilians in Yobe state.

In Cameroon, amid growing organized political violence by Islamist militants in the Far North region, the ruling Cameroon People’s Democratic Movement (CPDM) party organized the departmental and local elections, which are believed to be high stakes due to infighting to find a successor to President Paul Biya (Cameroun Actuel, 28 September 2021). Elections were marred by violence in several towns, including in Maroua in Far North where rioters destroyed ballot boxes and beat up voting agents, and in Kribi in the South region where the supporters of two rival contestants fought each other.

In the Central African Republic, Wagner Group mercenaries supported by the military forces intensified their operations against the Union for Peace in the Central African Republic (UPC) militants under the Coalition of Patriots for Change (CPC) alliance in Basse-Kotto and Ouaka prefectures. Fighting between the groups left dozens of people, mainly civilians caught in the conflict, dead. Wagner Group fighters also carried out deadly attacks against members of the Fulani ethnic group who have been frequently targeted on suspicions of supporting rebel groups.

In Somalia, Kenyan defense forces intensified airstrikes targeting Al Shabaab hideouts in neighboring border towns in Jubaland’s Gedo region in retaliation for an IED explosion that killed Kenyan soldiers in El Wak town two weeks ago. The strikes, however, were reported to have hit residential areas inhabited by pastoralist communities. Meanwhile, Al Shabaab militant attacks against state forces and their allies continued in central and southern regions. A vehicle borne IED by the group detonated at a checkpoint near the entrance of the presidential palace in Mogadishu, killing several security forces as well as a senior government official. Elsewhere in the Galgaduud region, reports of activity by Ahlu Sunna Wal Jamaa (ASWJ), previously allied to the Somali government, emerged as the ASWJ militants clashed with the military forces in Bohol village and took over Guri-Ceel town the next day. Blaming the government for failing to put an end to Al Shabaab insurgency, the group aims to take control of towns and regions to protect them from Al Shabaab (Reuters, 2 October 2021).

Lastly, in Sudan, the military reported to have thwarted an attempted incursion by Ethiopian forces in the Umm Barakit area in Gedaref state. Tensions have escalated in the disputed Al Fashaga locality since the outbreak of the conflict in Ethiopia’s northern Tigray region last year. Meanwhile, anti-coup demonstrations continued in the country, calling for civilian rule and democratic transformation.