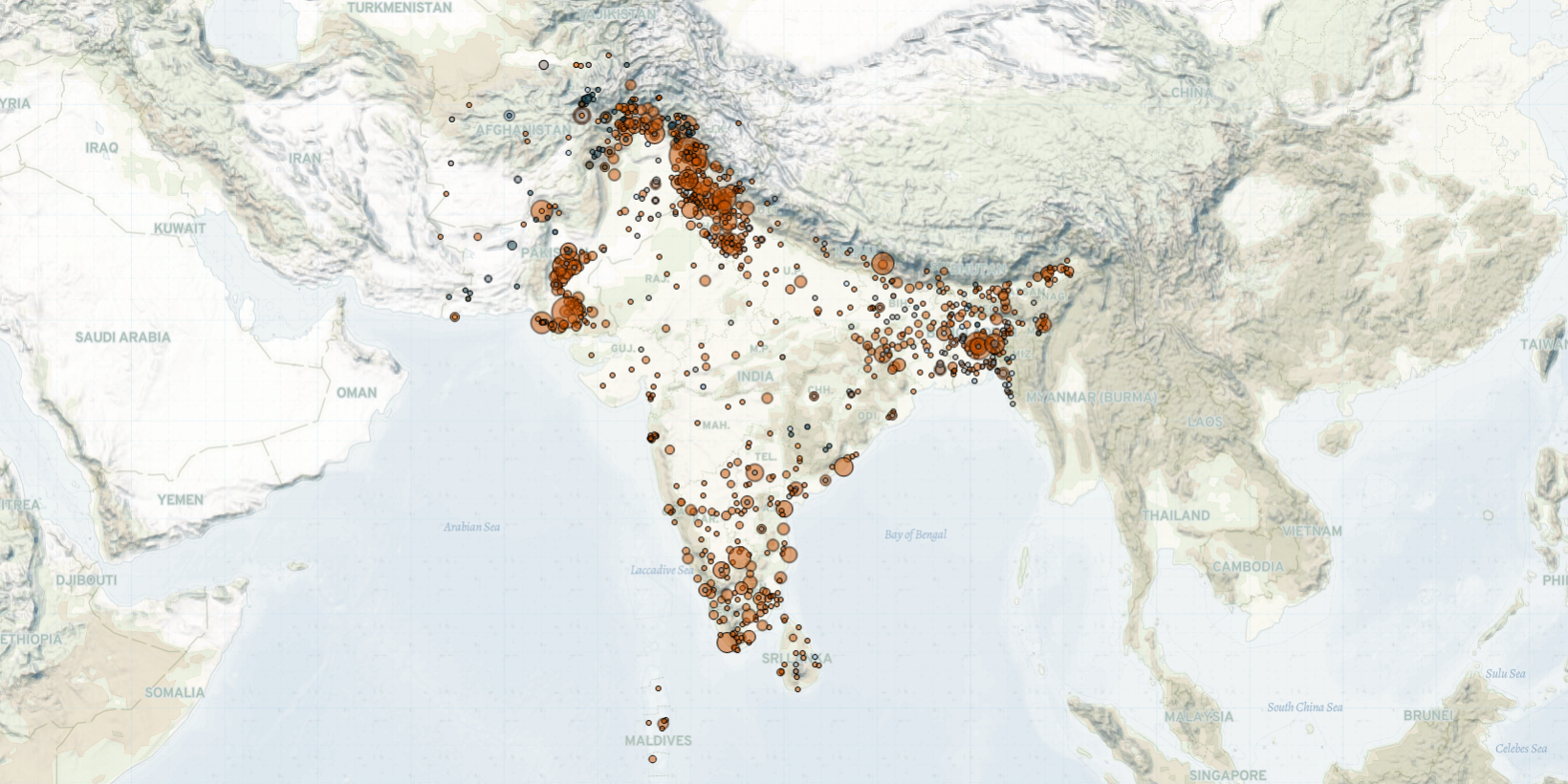 Last week in South Asia and Afghanistan, the Islamic State (IS) continued attacks targeting both the Taliban and civilians in Afghanistan. State security forces intensified operations against the Tehreek-i-Taliban Pakistan (TTP) in Pakistan, as the Pakistani government announced new negotiations with the TTP, despite denials from the militant group. IS militants also reemerged in Pakistan, and Baloch separatists stepped up attacks against security forces in Balochistan province. Demonstrations increased across India as farmers marked one year of the farmer movement against the three new farm laws.

In Afghanistan, the Taliban and IS clashed in Parwan and Ghor provinces last week, with the Taliban claiming to have killed a number of IS militants. Meanwhile, four Taliban members died in an IS landmine explosion in Charikar city, Parwan. The Taliban was also targeted in Kapisa, Nangarhar, and Kunar provinces with armed attacks and explosions, though the perpetrators of those attacks remain unknown. At least seven Taliban members were killed in these attacks. Several civilians were amongst the casualties in the attacks in Jalalabad city in Nangarhar province, and in Asad Abad city in Kunar province.

Meanwhile, Hazaras continue to face targeted violence in the country, with a marked increase in such repression. The Hazara ethnic minority in Afghanistan follows mainly the Shiite tradition of Islam; Sunni Muslims are the majority in the country. An unidentified armed group killed three Hazaras during separate attacks in Ghor province last week. Elsewhere in Ghor province, in Chighcheran city, IS kidnapped and killed two Hazara civilians as well. ACLED records the highest IS activity in Ghor in 2017, with only sporadic attacks against Hazaras there since then; this recent targeting in the province is hence a marked increase. The Taliban too has persecuted Hazaras across the country (Al Jazeera, 5 October 2021). ACLED records at least seven attacks targeting members of the Hazara community in Afghanistan, perpetrated by IS or the Taliban, since the start of 2021, with even more perpetrated by other, unknown militants; over 100 Hazara people have been killed during these attacks. This marks a significant increase in violence towards Hazaras; the number of events targeting this community in 2021 is higher than the total number of events recorded between 2017 (the beginning of ACLED’s Afghanistan coverage) and 2020 combined.

In Pakistan, state security forces continued anti-militant operations last week, killing 11 TTP militants, including four commanders, during two operations in South and North Waziristan districts. The recent operations come in response to an intensification of TTP campaigns against security forces in the tribal areas bordering Afghanistan since the Taliban took control of Afghanistan in August. Meanwhile, Pakistan Prime Minister Imran Khan announced that his government had initiated negotiations with the TTP and its affiliates to pursue disarmament (Dawn, 2 October 2021). However, the TTP released a statement rejecting Khan’s claims (Gandhara, 1 October 2021). Despite these denials, a TTP faction, Hafiz Gul Bahadar, declared a 20-day ceasefire until 20 October in South Waziristan district to pursue peace with the government (Gandhara, 1 October 2021). The group is believed to have close relations with the Haqqani Network, an ally of the Afghan Taliban (Gandhara, 1 October 2021). Likewise, a militant group active in North Waziristan district, Shura Mujahideen, declared a temporary ceasefire as well (Dawn, 2 October 2021).

Elsewhere in Pakistan, the Afghanistan affiliate of IS (Khorasan) took responsibility for killing a physician from the Sikh minority at his clinic in Peshawar city last week. A few days earlier, security forces killed an IS commander during an operation in Mastung district in Balochistan province. Since the Taliban came to power in Afghanistan, IS has stepped up attacks in several Afghan cities and may be reemerging in Pakistan. In March, IS targeted a politician from Jamiat Ulema-e-Islam-Fazl (JUI-F) in an IED attack in Khyber Pakhtunkhwa province of Pakistan.

Lastly, Indian farmers marked one year since the introduction of laws aimed at the deregulation of agricultural markets with a nationwide strike last week, leading to a nationwide increase in demonstration events compared to the week prior. Farmer unions disrupted rail and road services across the country, amid further demonstrations led by farmer and trade unions, as well as opposition parties, including the Indian National Congress (INC). Farmers oppose the laws on the grounds that they could make them vulnerable to competition from corporations and they could end up losing government price support for staple crops (Al Jazeera, 27 September 2021). Police stepped up operations around the strike and arrested hundreds of demonstrators in Tamil Nadu, Gujarat, Assam, and Odisha states.