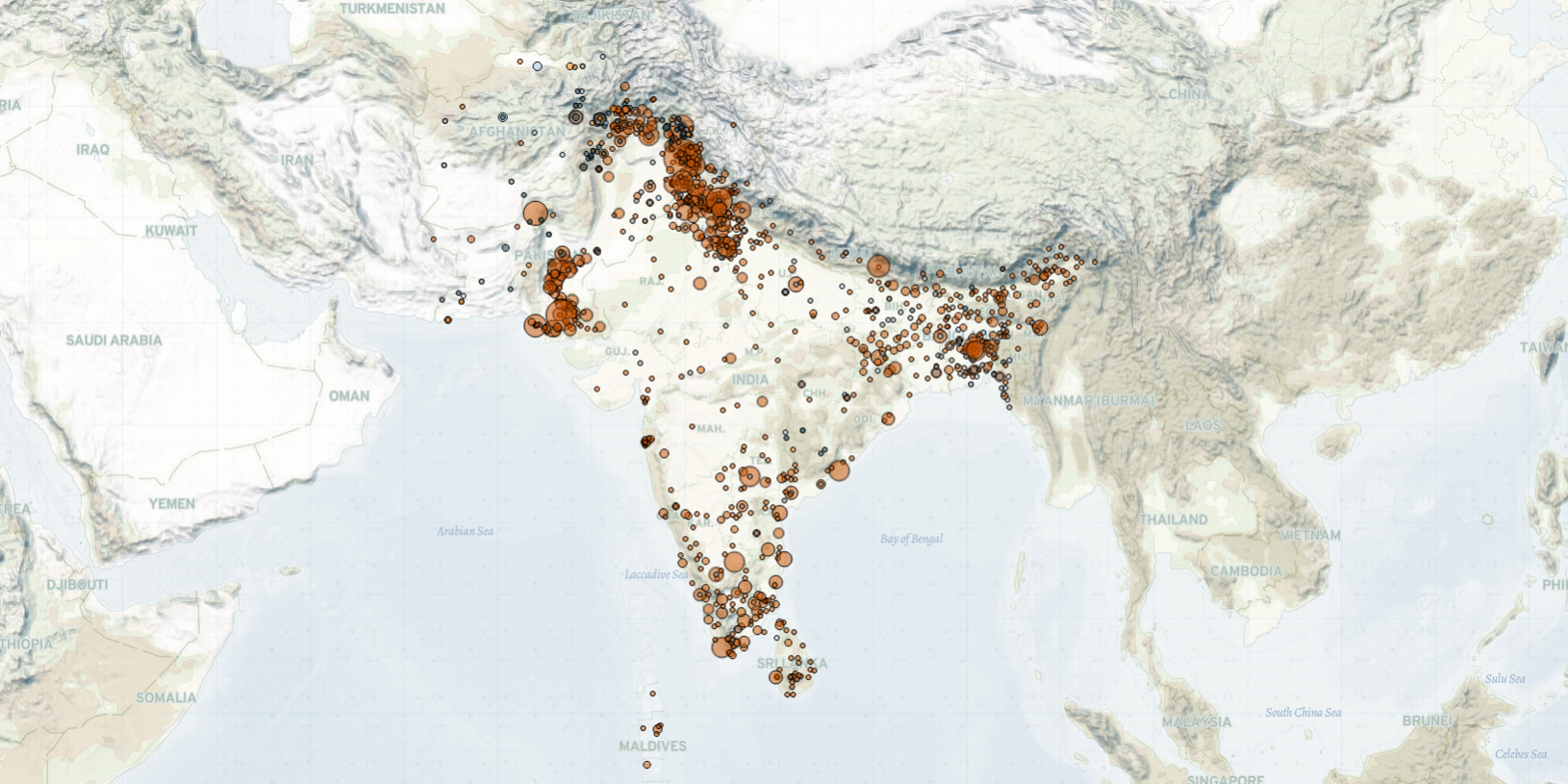 Last week in South Asia and Afghanistan, the Islamic State (IS) clashed with the Taliban and killed dozens of civilians during suicide bombings in Afghanistan. Deadly unclaimed attacks also continued to target the Taliban as well as minorities. In Pakistan, Tehreek-i-Taliban Pakistan (TTP) and Baloch separatists continued attacks on security forces in Khyber Pakhtunkhwa and Balochistan province, respectively. In India, nine people were killed after violence erupted during a farmer demonstration in Uttar Pradesh state. Lastly, there was a spike in civilian killings in Jammu & Kashmir (J&K)  by Islamist militants.

In Afghanistan, IS continued to stage attacks on the Taliban and civilians last week. In Kunduz city, at least 43 Hazara Shiites, a minority sporadically targeted by Sunni armed groups, were killed by an IS suicide bomber. Under the latest Taliban rule, this has been the second deadliest after the Kabul airport attack on 26 August, where IS killed at least 170 people. In another suicide attack in Kabul last week, an IS suicide bomber targeted a prayer ceremony for the deceased mother of Taliban spokesman Zabihullah Mujahid. At least five civilians and Taliban members were killed, with dozens more wounded. Meanwhile, the Taliban conducted several operations against IS in Parwan and Kabul provinces, killing at least eight militants.

Unclaimed attacks on civilians and the Taliban also continued last week. Unidentified armed groups ambushed Taliban forces twice in Jalalabad city and targeted Taliban forces with two explosions in Kunar and Nangarhar provinces. At least three Taliban members were killed in these unclaimed attacks and several civilian bystanders were also injured. Separately, an unidentified group targeted the Sikh community in Kabul. The group ransacked a Sikh temple, attacking some people inside, although no major injuries were reported. Sikhs in Afghanistan, similarly to Hazaras, have been persecuted in recent years. Two of the deadliest attacks against the Sikh community were conducted by IS in 2018 and 2020, as recorded by ACLED.

In Pakistan, the TTP carried out attacks against security forces, killing six officers in North Waziristan district in Khyber Pakhtunkhwa last week. In the Spinwam area of North Waziristan District in Khyber Pakhtunkhwa, TTP militants attacked a convoy of security forces, killing four Frontier Corps (FC) personnel and one police officer. In another incident, the TTP targeted a security post in Ghariom town, leading to an exchange of fire in which a Pakistani soldier was killed. The attacks follow earlier claims by Pakistani Prime Minister Imran Khan that the government was holding talks with the TTP to reach a ceasefire, which was later denied by the group (Dawn, 3 October 2021). Elsewhere in Pakistan, Baloch separatists continued to target Pakistani security forces in Balochistan province last week. Baloch Liberation Army (BLA) militants attacked an FC check post with a grenade in Khuzdar district, claiming to have killed one FC officer and injuring two. The BLA is one of the main separatist groups in the province, which has increasingly targeted security forces and development projects, claiming that the projects exploit the rich natural resources  in the province (Arab News, 25 September 2021).

In India, nine people were killed after violence erupted during a demonstration by farmers against the three farm laws in Lakhimpur Kheri district of Uttar Pradesh state last week. Clashes broke out after a convoy of cars, reportedly linked to a federal minister’s son, ran over a group of farmers protesting against the farm laws (Al Jazeera, 3 October 2021; The Guardian, 4 October 2021). Four farmers, a journalist, three members of the ruling Bharatiya Janata Party (BJP) party, and their driver died during the incident. This marks the deadliest clash during the farmer demonstrations, which have been ongoing since June 2020. Opposition parties, including the Indian National Congress (INC), activists, and farmers organized demonstrations against the BJP, and farmers vowed to bolster their movement (Al Jazeera, 4 October 2021). The BJP government enacted the laws emphasizing that they will help to modernize agriculture in India, which is heavily subsidized, suffers huge losses, and takes a heavy environmental toll. However, the farmers believe that the new legislation will destroy their livelihoods and will leave them at the mercy of large corporations (The Guardian, 4 October 2021).

Elsewhere in India, Islamist militants targeted civilians in J&K last week. At least five civilians were killed by Resistance Front (RF) militants, including two schoolteachers from the Sikh and Kashmiri Pandit minorities. In recent months, incidents of militant attacks against civilians have witnessed a spike in the Kashmir valley. Islamist militants have targeted minorities to destabilize J&K, which has been relatively peaceful amid the ceasefire between India and Pakistan (Al Jazeera, 7 October 2021).