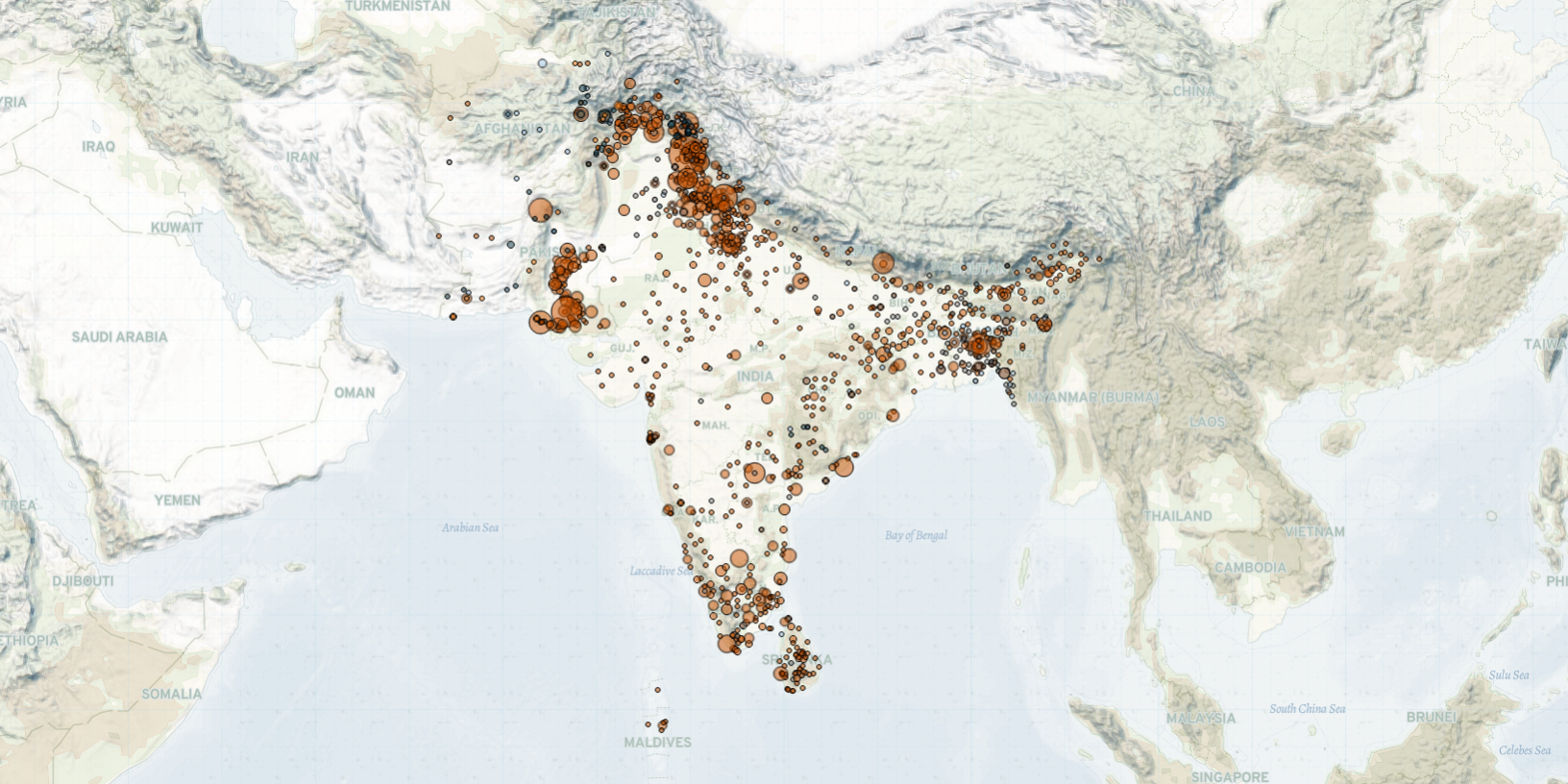 Last week in South Asia and Afghanistan, Islamic State (IS) attacks against civilians continued in Afghanistan, as National Resistance Front (NRF) forces and the Taliban reportedly clashed in Baghlan province. In India, Islamist militants and security forces clashed in Jammu and Kashmir (J&K). Meanwhile, a separatist Kuki ethnic armed militia targeted civilians and exchanged fire with police in northeastern India. In Bangladesh, Muslim rioters attacked Hindu minority members and clashed with police over the alleged desecration of a Quran. In Pakistan, Baloch separatists killed a journalist in a targeted attack in Balochistan province.

In Afghanistan, IS continued to target civilians last week. In Nangarhar province, IS militants killed three civilians in individual attacks, including a former government employee and a civil society activist. The group also conducted a deadly suicide attack on a Shiite mosque for the second consecutive week. On 15 October, IS suicide bombers killed at least 47 people and injured over 60 others in Kandahar city’s largest Shiite mosque during Friday prayer (Al Jazeera, 15 October 2021). It is the fourth IS suicide attack — and the second to directly target Shiite Muslims — since the Taliban takeover of Kabul. Shiites have long been targeted by Sunni Taliban militants, rendering the community suspicious towards the new regime (New York Times, 8 October 2021). The continuous attacks of IS on the Shiite community may thus increase the already-existing sectarian tensions in the country, forcing the Taliban to take a stance on the issue. Accordingly, following the latest attack, the Taliban pledged to tighten security surrounding Shiite mosques to prevent future attacks (Reuters, 16 October 2021).

Meanwhile, the NRF and the Taliban clashed in the Andarab district in Baghlan province last week, resulting in fatalities on both sides. Several clashes between the Taliban and NRF forces were reported after the Taliban took over the NRF’s base of operations in Panjshir district on 6 September (BBC, 7 September 2021; Twitter ​​@mujahidandarabi, 28 September 2021; Twitter @Mukhtarwafayee, 15 October 2021).1These clashes were mainly reported by reputable journalists on social media. See ACLED Methodology and Coding Decisions around the Conflict in Afghanistan for the sourcing of ‘new media’ after the fall of Kabul. The latest clashes come after reports that NRF leader Ahmad Massoud visited Dushanbe, the Tajik capital, to join Tajikistan-sponsored peace talks the week prior, which the Taliban failed to attend (RFE/RL, 13 October 2021).

In India, clashes between Indian security forces and Islamist militants intensified in J&K last week. Resistance Front (RF), Lashkar-e-Taiba (LeT), and Jaish-e-Mohammad (JeM) militants exchanged fire with police and military forces in several districts, resulting in the deaths of at least ten militants and seven security force officers. The increase in armed clashes follows the targeted killing of at least five civilians by militants during the week prior, including teachers from the Sikh and Hindu minorities. Meanwhile, police arrested over 900 people across Kashmir last week, branding them as ‘over-ground workers’ — individuals providing militants with logistics and resources — aiding Islamist militant groups (Firstpost, 11 October 2021). Meanwhile, the Ministry of Home Affairs extended the area of jurisdiction of the Border Security Force (BSF) from 15km to 50km inside the Indian borders with Pakistan and Bangladesh to combat militants and cross-border crime (Daily Excelsior, 13 October 2021).

In Bangladesh, Muslim rioters attacked Hindu temples and clashed with police last week over the alleged desecration of a Quran. Tensions mounted after a photo released on Facebook showed a Quran placed on the knee of a Hindu deity during celebrations for the annual Hindu festival Durga Puja in Comilla district (Al Jazeera, 18 October 2021). Six people, including two Hindus, died in the clashes across Chittagong district, while over 100 people were injured. Police fired shots and tear gas at hundreds of Muslims in Haziganj town and Dhaka city, who attacked Hindu temples and pelted bricks at authorities. In Begumganj town, Muslims beat a temple official to death before the last rites of the Durga Puja festival. The alleged desecration and subsequent violent episodes triggered demonstrations by members of the Muslim and Hindu communities, respectively. The Hindu community makes up about 10% of Bangladesh’s population and has historically faced attacks and threats by hardline Muslim groups and mobs (Al Jazeera, 18 October 2021; Firstpost, 16 October 2021). In the weeks prior to Durga Puja, Muslim and unidentified mobs vandalized several Hindu temples and idols.