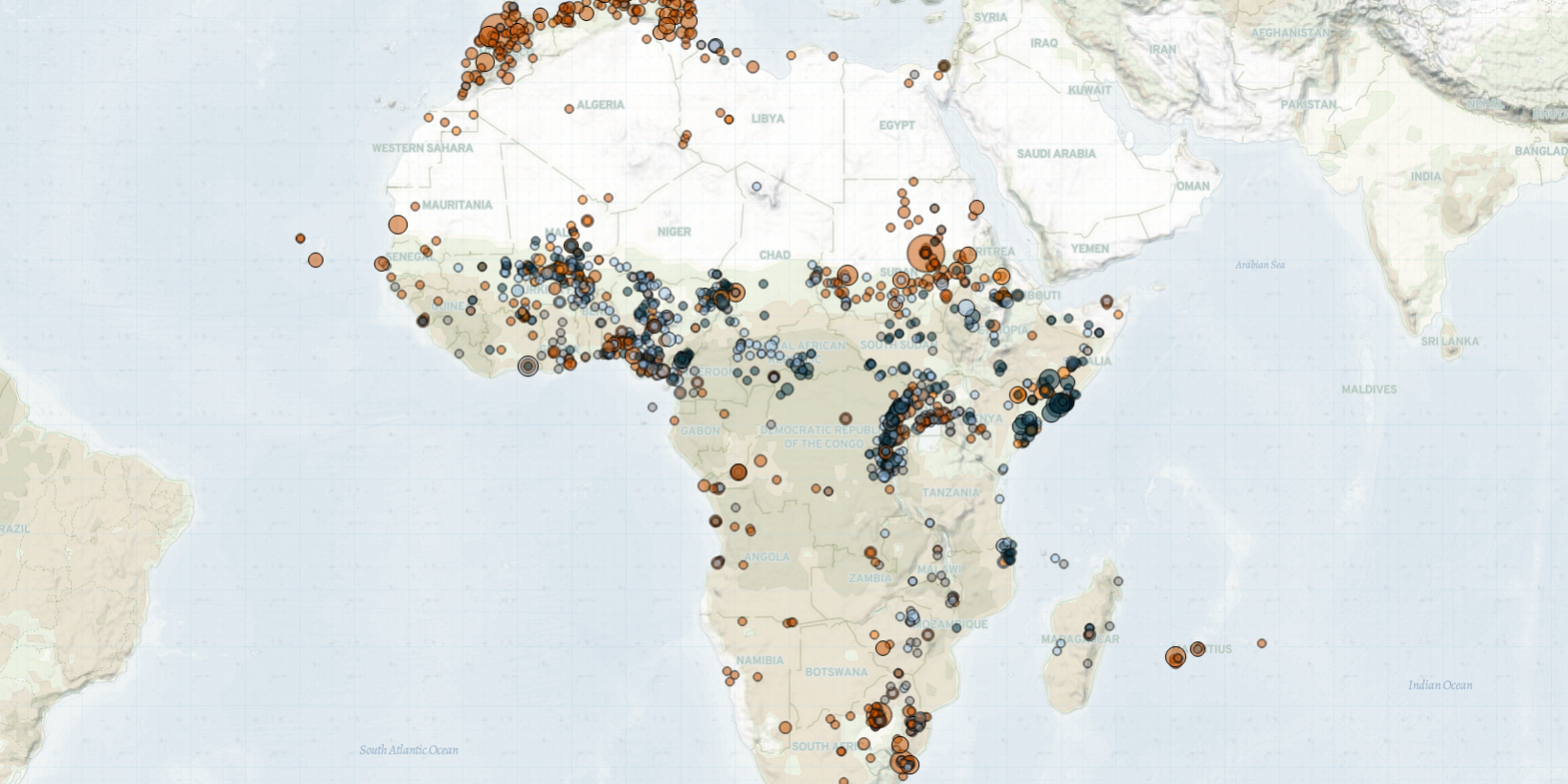 In Mali, French military forces conducted two airstrikes northwest of Gossi in the Tombouctou region, killing the leader of Katiba Gourma and four other associates. The previous leader of the group was also killed in a nearby area by French forces in November 2018. Meanwhile, JNIM suffered another tactical defeat after attacking a Malian army position in the village of Acharane in Tombouctou, losing several militants as well as a vehicle and weapons. Elsewhere in the central region, JNIM militants pursued the campaign against pro-government militias and killed over 50 Donso militiamen in a battle in the Djenne cercle of the Mopti region. This is one of the highest recorded casualties inflicted on the Donso militiamen by the militants.

In Burkina Faso, presumed JNIM fighters carried out widespread violence against civilians, including abductions and lootings, in multiple regions. Suspected JNIM militants and affiliates also engaged in deadly clashes with Burkinabe forces and Volunteer for Defense of Homeland (VDP) fighters in Loroum and Sanmatenga provinces. Meanwhile, the Islamic State West Africa (ISWAP) Greater Sahara faction militants were particularly active in the Seno and Oudalan provinces of the Sahel region and carried out attacks and resource extraction through looting of shops and cattle rustling, triggering clashes with VDP fighters in the Oudalan province. Suspected ISWAP Greater Sahara faction fighters also increased their attacks in western Niger, near the border with Burkina Faso. They launched a two-day assault on a police station in the border village of Petel Kole, leaving several casualties among police ranks. The attacks in Petel Kole were followed by a deadly attack against the motorcade of the Bankilare prefect, with militants clashing against national guards and gendarmes. This is the first attack in western Niger targeting the convoy of a state official.

In Nigeria, the Nigerian national security adviser announced that the new leader of the ISWAP Lake Chad faction, Malam Bako, was killed in a military operation in Borno state. Bako reportedly succeeded Al Barnawi who was killed in the last week of August although the circumstances of his death remain unclear and ISWAP has not yet confirmed it (Aljazeera, 14 October 2021). Meanwhile, military forces repelled several attacks by ISWAP in Borno state, resulting in dozens of fatalities among militants. Elsewhere, attacks by militias continued in the northwestern region, with an armed attack at a weekly market in Goronyo in Sokoto state leaving over 40 people dead. In Kaduna state, military forces launched operations against the militias and killed over 50 militiamen in airstrikes and ground operations. Further, despite police warnings against any gathering to commemorate the one year #EndSARS anniversary (Premium Times Nigeria, 11 October 2021), demonstrations were held in several cities across the country amid heavy security presence. In October 2020, the #EndSARS demonstrations rocked the country for more than two weeks against police brutality and the notorious Special Anti-Robbery Squad (SARS), with the government finally agreeing to disband the SARS (BBC News, 7 October 2021).

In the Democratic Republic of Congo, the Congolese government extended the ‘State of Siege’ operation amid increasing rebel activity in the provinces of Ituri and North-Kivu. In Ituri, the Allied Democratic Forces (ADF) carried out several deadly incursions against civilians in Beni and Irumu territories. Moreover, clashes were reported between the Congolese armed forces (FARDC) and multiple factions of the Cooperative for Development of Congo (CODECO) and Patriotic and Integrationist Force of Congo (FPIC), resulting in territorial gains for the FARDC in Djugu territory. In North-Kivu, mixed reports emerged over clashes between the Congolese and Rwandan military forces in Nyiragongo territory, with some suggesting that Rwandan forces briefly occupied several villages (Africa News, 19 October 2021).

Last week, protests soared in Sudan, amid an escalating political rift between civilian political forces and military commanders. Thousands of pro-military demonstrators, suspected to be in collusion with the military, started a sit-in in central Khartoum, calling for the dissolution of Sudan’s transitional government or the appointment of a ‘more representative’ cabinet (Aljazeera, 18 October 2021). This was followed by mass demonstrations against a military power grab in most major cities and towns in the country later in the week, with violence being reported against demonstrators in Khartoum North and Omdurman.

Demonstrations also spiked in Morocco where the Moroccan Social Front (FSM) called for protests coinciding with the International Day for the Eradication of Poverty. The Moroccan army also reportedly targeted the Polisario Front in two separate strikes in the Tifariti and Mahbes areas of Western Sahara. Tensions have escalated between the two sides since last November when the Polisario Front withdrew from the 1991 cease-fire.

Finally, presidential election was held last week in Cape Verde where the opposition candidate and former prime minister from the African Party for the Independence of Cape Verde (PAICV), Jose Maria Neves, won the majority of the votes, defeating the incumbent Carlos Veiga from the Movement for Democracy (MpD) party.