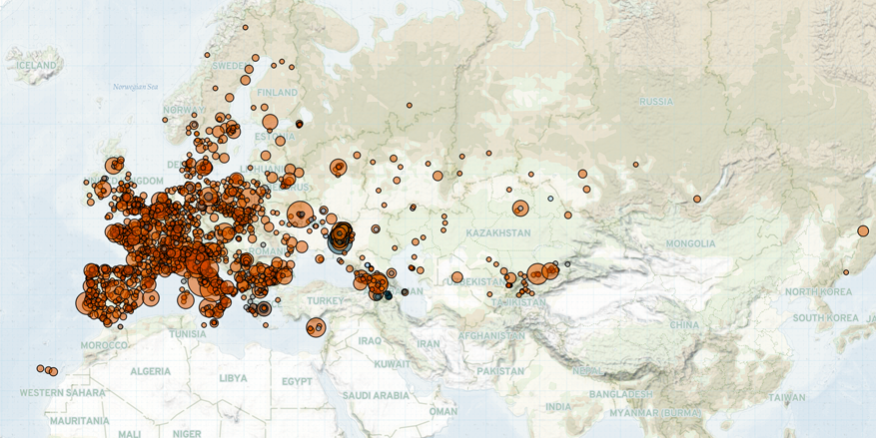 Last week, in Europe, Central Asia, and the Caucasus, the ongoing border crisis between Belarus and Poland continued to escalate. In Italy, Brazilian President Jair Bolsonaro’s attendance at the G20 summit in Rome prompted multiple demonstrations criticizing his presidency. In the United Kingdom, Belgium, and the Netherlands, demonstrations were held calling for greater climate change commitments from world leaders attending the UN Climate Change Conference (COP26) in Glasgow.

Meanwhile, feminist activists gathered for rallies in support of women’s reproductive rights in several cities of Poland last week. The events were sparked by the recent death of a woman from pregnancy-related complications after doctors refused to carry out a potentially life-saving abortion because of newly introduced legal restrictions (Deutsche Welle, 6 November 2021). Last year, Poland’s supreme court tightened restrictions on abortion, including a ban on abortion due to irreversible congenital disabilities (Deutsche Welle, 6 November 2021).

In Italy, Brazilian President Bolsonaro’s attendance at the G20 summit in Rome prompted multiple demonstrations last week. Demonstrators protested against his support for Brazil’s former military dictatorship, as well as his government’s poor climate policy record and mismanagement of the coronavirus pandemic (Deutsche Welle, 1 November 2021; France24, 2 November 2021). President Bolsonaro drew further ire from demonstrators when he chose not to attend UN climate talks after the summit and visited towns in Northern Italy instead (France24, 2 November 2021). In Anguillara Veneta, locals demonstrated the municipality’s decision to grant Bolsonaro honorary citizenship due to his ancestral ties to the town. In Pistoia, demonstrators jeered Bolsonaro during his visit to a local monument commemorating Brazilian soldiers who died during World War II.

In Georgia, the political opposition staged multiple demonstrations last week against the results of run-off municipal elections held on 30 October. The demonstrations come after the ruling party, the Georgian Dream, secured victories across the majority of municipalities. The opposition has claimed that the results were falsified and has demanded the release of imprisoned former President Mikheil Saakashvili (Agenda.ge, 31 October 2021; Agenda.ge, 2 November 2021). Saakashvili was imprisoned upon his return to Georgia on 1 October on charges of abuse of power and concealing evidence (Reuters, 7 November 2021).

In the Donbas region of Ukraine, fighting between Ukrainian government forces and Russian-led forces slightly decreased last week compared to the previous week. There were 58 armed clashes, 114 shelling incidents, and two fatalities reported.