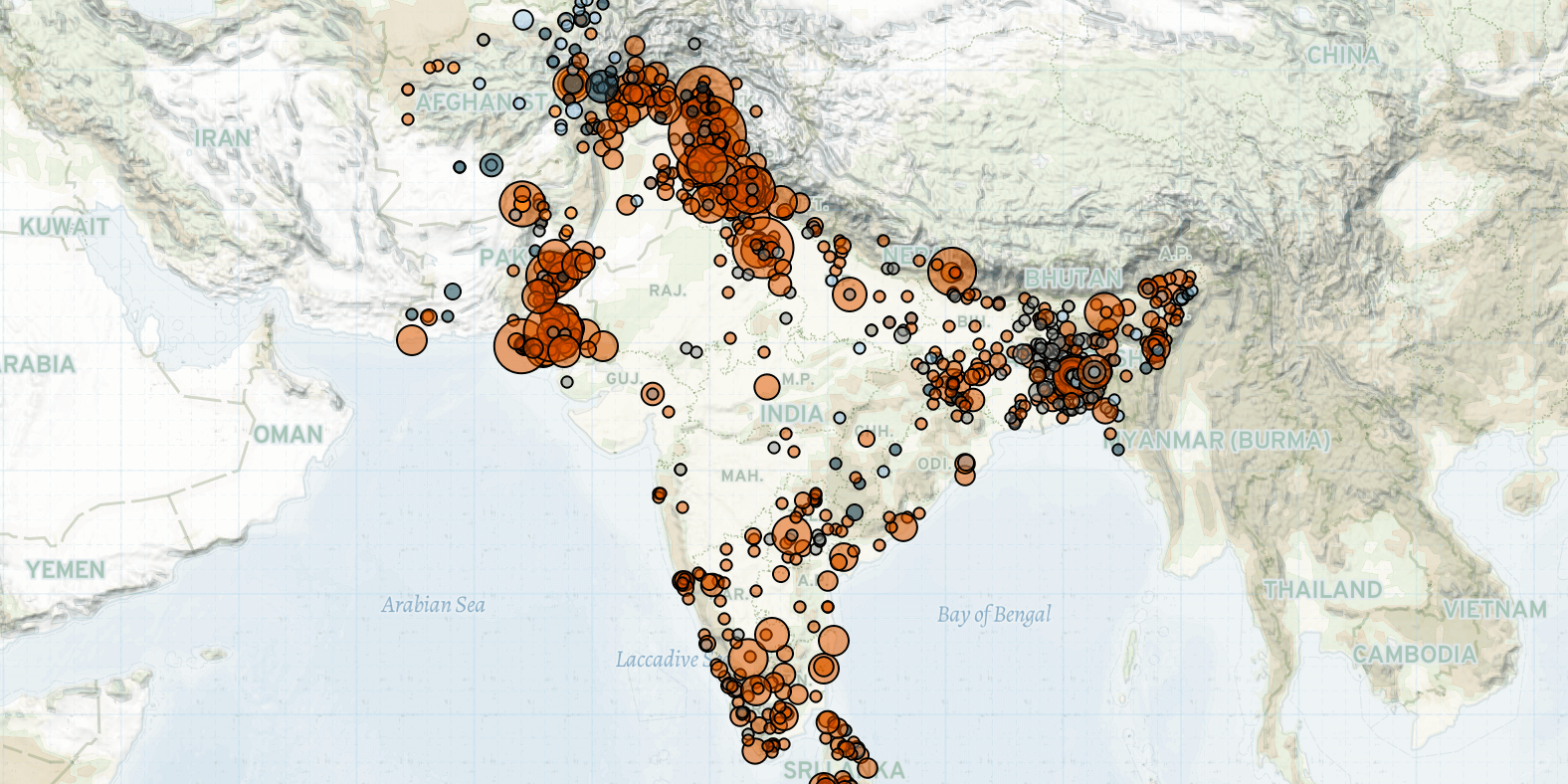 Last week in South Asia and Afghanistan, the Islamic State (IS) intensified attacks on the Taliban in Afghanistan, amid ongoing attacks targeting civilians. In Pakistan, the Tehreek-i-Taliban Pakistan (TTP) unilaterally ended a month-long ceasefire agreement with the Pakistani government. In India, security forces attacked and killed at least 14 civilians during an anti-militancy operation in Nagaland state, triggering violent demonstrations. Meanwhile, Naxal-Maoist rebels targeted security forces and development projects in the Red Corridor. Lastly, Indian farmers called off their demonstrations against the three farm laws, which were repealed the week prior.

In Afghanistan, IS attacks on the Taliban more than doubled last week. In addition to ongoing attacks in Kabul and Nangarhar provinces, IS also attacked the Taliban in Logar and Takhar provinces, killing one Taliban member and injuring another. This marks the second IS attack recorded in Logar since 2018, while no previous IS attacks have been recorded in Takhar since the beginning of ACLED’s Afghan coverage in 2017.

Meanwhile, IS also detonated three IEDs in Kabul city last week, killing two civilians in the Dasht-e-Barchi neighborhood. This is the third IS attack in the Dasht-e-Barchi neighborhood, an area heavily populated by members of the Hazara Shiite minority (Al Jazeera, 10 December 2021), since the Taliban regime came to power in August 2021. Since the Taliban takeover, ACLED records more than a dozen IS attacks in Afghanistan that have directly targeted civilians. The ongoing attacks come as a Taliban spokesman again claimed that IS is not a “big threat” in Afghanistan, and that IS had been “dismantled in Kabul and Jalalabad” (Anadolu Agency, 9 December 2021).

In India, security forces fired at laborers on board a vehicle last week during an operation targeting militant separatists in Mon district in Nagaland. At least 14 civilians and a security force officer died in the incident and subsequent rioting by local residents over the incident. The security operation was launched following reports of National Socialist Council of Nagaland-Khaplang-Yung Aung (NSCN-K-YA) militants in the area. The following day, nearly 500 residents of Mon town demonstrated against the killing of civilians and attacked a camp of the paramilitary Assam Rifles (Pratidin Time, 5 December 2021). Two rioters died after the Assam Rifles opened fire during the violent demonstrations. After the demonstration, the Nagaland state government temporarily suspended internet services and ordered a high-level probe into the incident (Nagaland Post, 5 December 2021; South Asia Terrorism Portal, 5 December 2021). In response to the killings, various tribal and student groups staged peaceful protests across the state, demanding the revocation of the Armed Forces Special Powers Act, which grants special powers to armed forces in counter-insurgency operations (The Diplomat, 14 December 2021).

Elsewhere in India, Naxal-Maoists rebels marked the 21st anniversary of the People’s Liberation Guerrilla Army (PLGA) between 2 and 10 December, clashing with security forces and engaging in property destruction. Communist Party of India (Maoist) rebels targeted a school with a grenade in Bihar state and ambushed security forces in two districts of Jharkhand state, contributing to an overall surge in violence in the state (see ACLED’s Early Warning Research Hub for more). In Madhya Pradesh and Chhattisgarh states, rebels assaulted construction workers and abducted one of them, while also setting ablaze roadworking machinery and equipment. Naxal-Maoists frequently target infrastructure projects, which are part of the government’s strategy to integrate and develop tribal and rural areas in the Red Corridor, where the rebels set up camps and recruitment (The Indian Express, 21 March 2021).

In Pakistan, the TTP released a statement last week that it would not extend a ceasefire agreement, which expired on 9 December, accusing the Pakistani government of failing to adhere to the terms of the agreement (Gandhara, 9 December 2021). According to the TTP, security forces continue to conduct operations against them and have failed to release all imprisoned TTP militants, as was promised (Gandhara, 9 December 2021). The truce deal went into effect on 9 November as the Pakistani government began talks with the armed group (Al Jazeera, 10 December 2021), which has become increasingly violent in recent months. Violence involving the TTP is expected to increase in the northwestern region bordering Afghanistan following the announcement. In the past, the group has used ceasefire agreements to regroup and bolster their ranks while failed negotiations have led to extensive security operations from security forces (Diplomat, 16 November 2021).

Lastly, Indian farmers agreed to call off their long-running demonstrations against aborted agricultural reforms last week, recognizing that the government has met most of their demands (Al Jazeera, 9 December 2021). The announcement comes after the Indian government withdrew three farm laws aimed at deregulating the market on 1 December (India Today, 1 December 2021). Farmers camping on the outskirts of Delhi have decided to dismantle their protest camps and head home after over a year of demonstrations (Al Jazeera, 13 December 2021).