In this edition of ACLED’s new State of Yemen infographic series, Researcher Emile Roy and Middle East Research Manager Muaz A. map key developments in the conflict between the third quarter and fourth quarter of 2021.

Past editions of the control map can be found below. For an explanation of ACLED’s methodology for mapping territorial control in Yemen, click here. 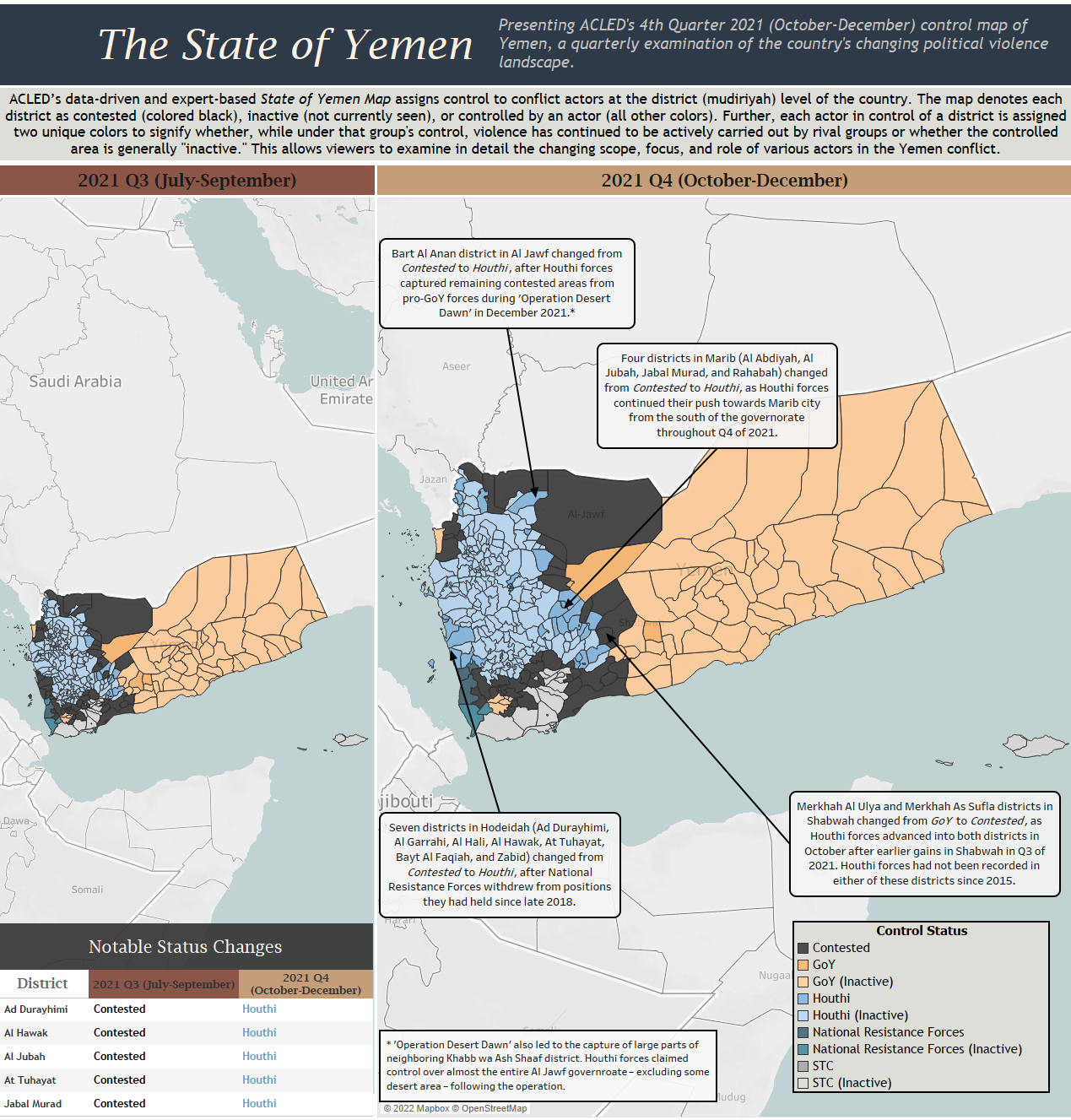 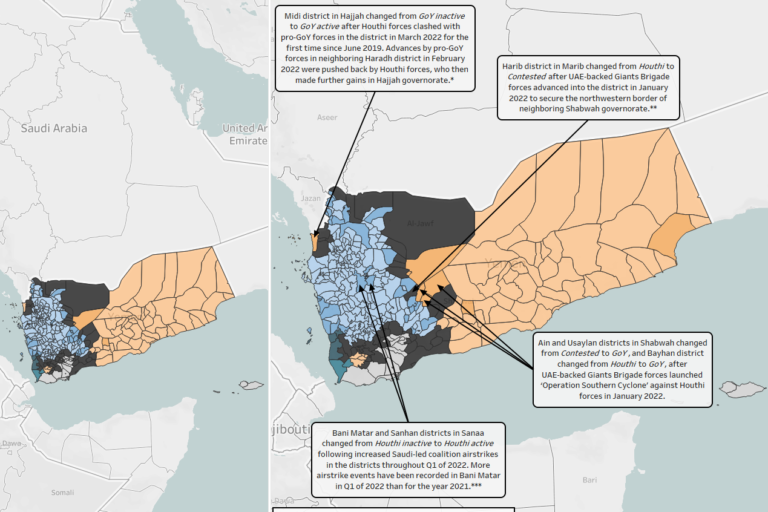 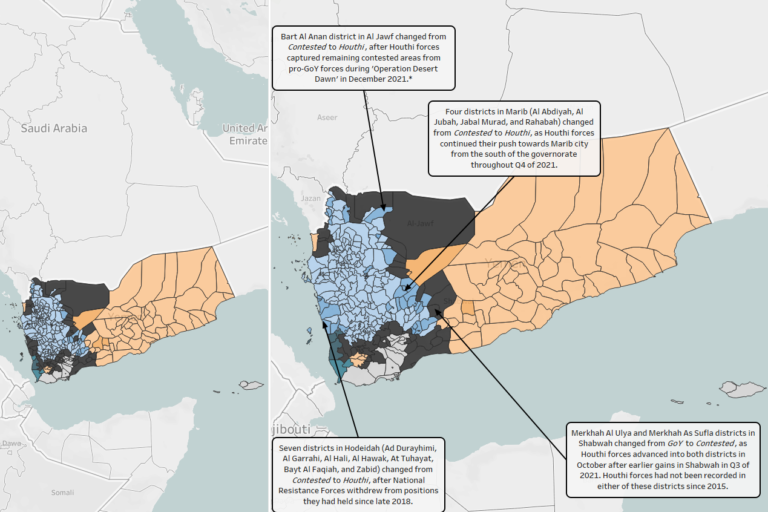 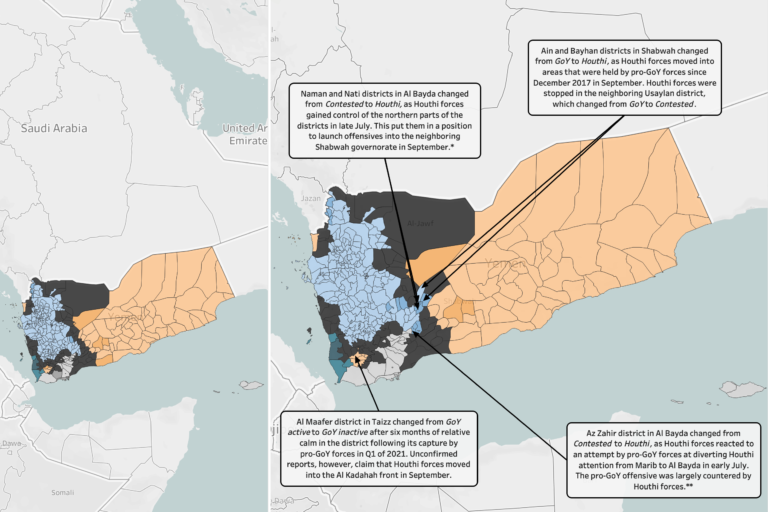 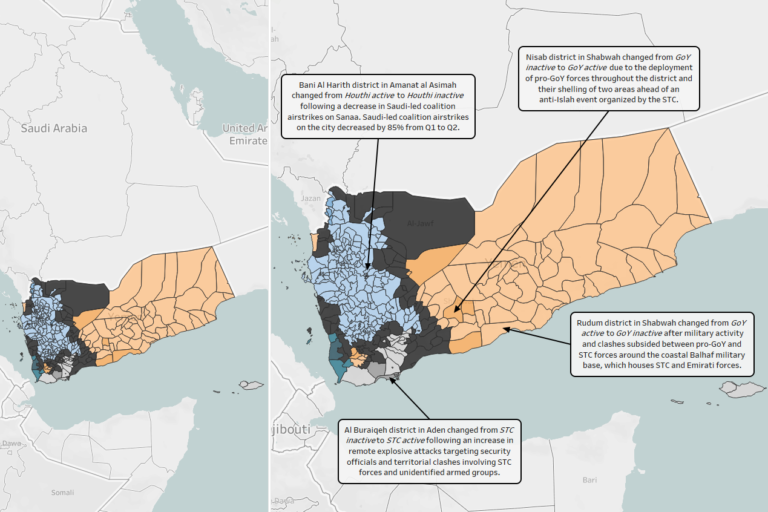 Muaz Al Abdullah is a Middle East Research manager ACLED overseeing Syria, Iraq and Iran and has been with the organization since June 2017. Muaz holds an MA in Political Science and International Relations and has over eight years of experience working with different non-profit organizations and providing security analysis to organizations implementing projects in Syria. His research focuses on reconstruction efforts in the transitional/post war phase in Syria.