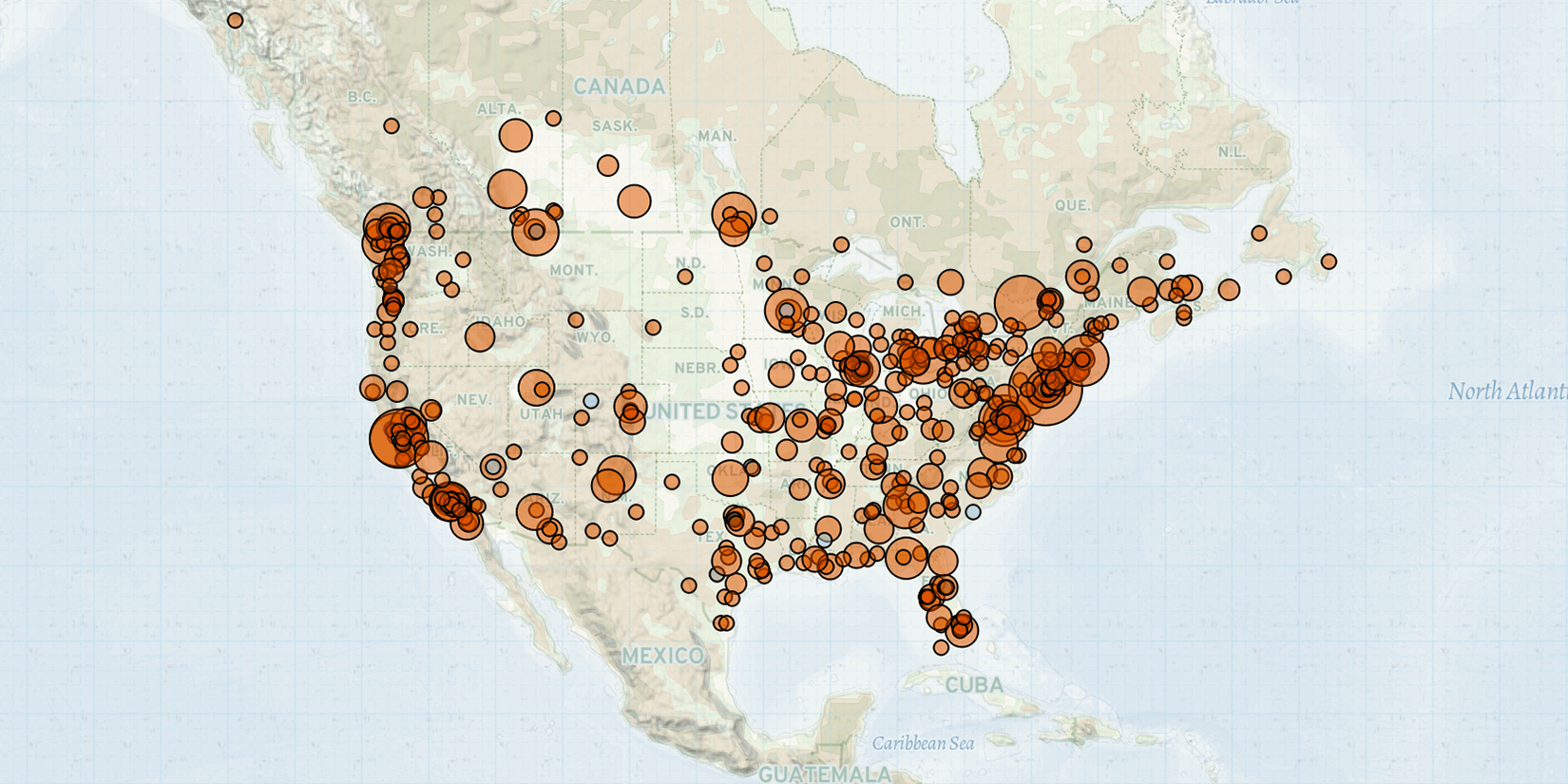 In the United States, demonstrations against pandemic-related restrictions doubled last week as multiple states announced the end of mask mandates (NPR, 14 February 2022). This marks the highest number of such events since mid-November 2021, shortly after the introduction of federal vaccine mandates for some workers (USA Today, 4 November 2021; NPR, 4 November 2021). Though demonstrations against pandemic-related restrictions took place in at least 13 states last week, the largest portion took place in Illinois, where a mask mandate remains in place for schools (Washington Post, 12 February 2022). Last week also marks the highest number of demonstration events involving students rallying against pandemic-related restrictions since early January 2022, when a significant spike in COVID-19 cases closed more than 3,000 schools nationwide (Bloomberg, 12 January 2022).

The United States also saw an increase in demonstration events involving Native American groups last week, with several demonstrations calling for the release of American Indian Movement (AIM) leader Leonard Peltier. Demonstrators call for the immediate transfer of Peltier from prison to a hospital so that he can receive treatment for COVID-19. They also rallied in support of Peltier’s claims of innocence — which he has maintained for over 40 years — in the 1975 Pine Ridge Reservation shootout that led to the deaths of two Federal Bureau of Investigation (FBI) agents (Global Justice Ecology Project, 2017). Last week marks the highest number of demonstration events involving Native American groups in the United States since the week of Indigenous Peoples’ Day (and Columbus Day) in October 2021.

On 4 February, during a ‘Freedom Convoy’ demonstration outside the Manitoba Legislative Building in Winnipeg, Manitoba, a man rammed his jeep through a group of demonstrators, hitting four of them, before driving away. One of the demonstrators was hospitalized while the three others sustained minor injuries. Royal Canadian Mounted Police (RCMP) and Winnipeg police apprehended the suspect and charged him with assault with a weapon and other offenses (Globe and Mail, 7 January 2022). Meanwhile, on 5 February, thousands of ‘Freedom Convoy’ demonstrators rallied in Edmonton, Alberta (CBC, 5 February 2022). A small portion of these demonstrators carried Trump 2024 campaign flags, Gadsden flags, and Canadian QAnon flags.

Demonstrations in support of Canadian ‘Freedom Convoy’ demonstrators were also reported in the United States last week following similar solidarity demonstrations held abroad the week prior. These solidarity demonstrations were recorded in various locations nationwide, including in Salt Lake City, Utah; South Burlington, Vermont; and Buffalo, New York. On 6 February, Alaskan demonstrators staged multiple convoys: from Mat-Su to Anchorage; within Anchorage; from Fairbanks to North Pole; and in Kenai. Alaskan demonstrators previously rallied in support of Canadian ‘Freedom Convoys’ on 29 January in Juneau.

Also last week in the United States, numerous bomb threats against Black and Latinx majority high schools in the Washington, DC area were reported. These threats follow multiple threats against historically Black colleges and universities (HBCUs) during the week prior, including one threat that police claim was potentially connected to the neo-Nazi Atomwaffen Division. Notably, on 8 February, a threat was made against Dunbar High School shortly after Second Gentleman of the United States Doug Emhoff arrived (NBC, 8 February 2022). No explosives were found at any of the schools that received threats last week.

Reported militia and militant social movement activity in the United States remained steady last week compared to the week prior. Veterans on Patrol (VOP) conducted its highest reported number of weekly patrol events since the beginning of ACLED coverage in January 2020. VOP conducted at least four patrols along the US-Mexico border in southern Arizona, during which they claim to have detained at least 70 migrants, who they then turned over to US Border Patrol. VOP also claimed that a prominent QAnon adherent, who is running for the US House of Representatives, joined their patrol on 11 February. Elsewhere in Arizona, the Yavapai County Preparedness Team (YCPT), an offshoot of the Oath Keepers, held a recruitment and public information meeting in Cottonwood on 5 February. Meanwhile, on 8 February, the Mountain Man Militia held a small shotgun training in Washington state.

Openly white supremacist groups were also active last week in the United States. On 5 February, at least one member of the Patriot Front participated in an ‘End the Mandates Convoy’ demonstration against pandemic-related health mandates in Raleigh, North Carolina. Patriot Front also held a sparring training in central Colorado on 6 February, as well as a sparring and fitness training in southern Louisiana on 8 February — marking the first recorded Patriot Front activity in Louisiana since the beginning of ACLED coverage in January 2020.