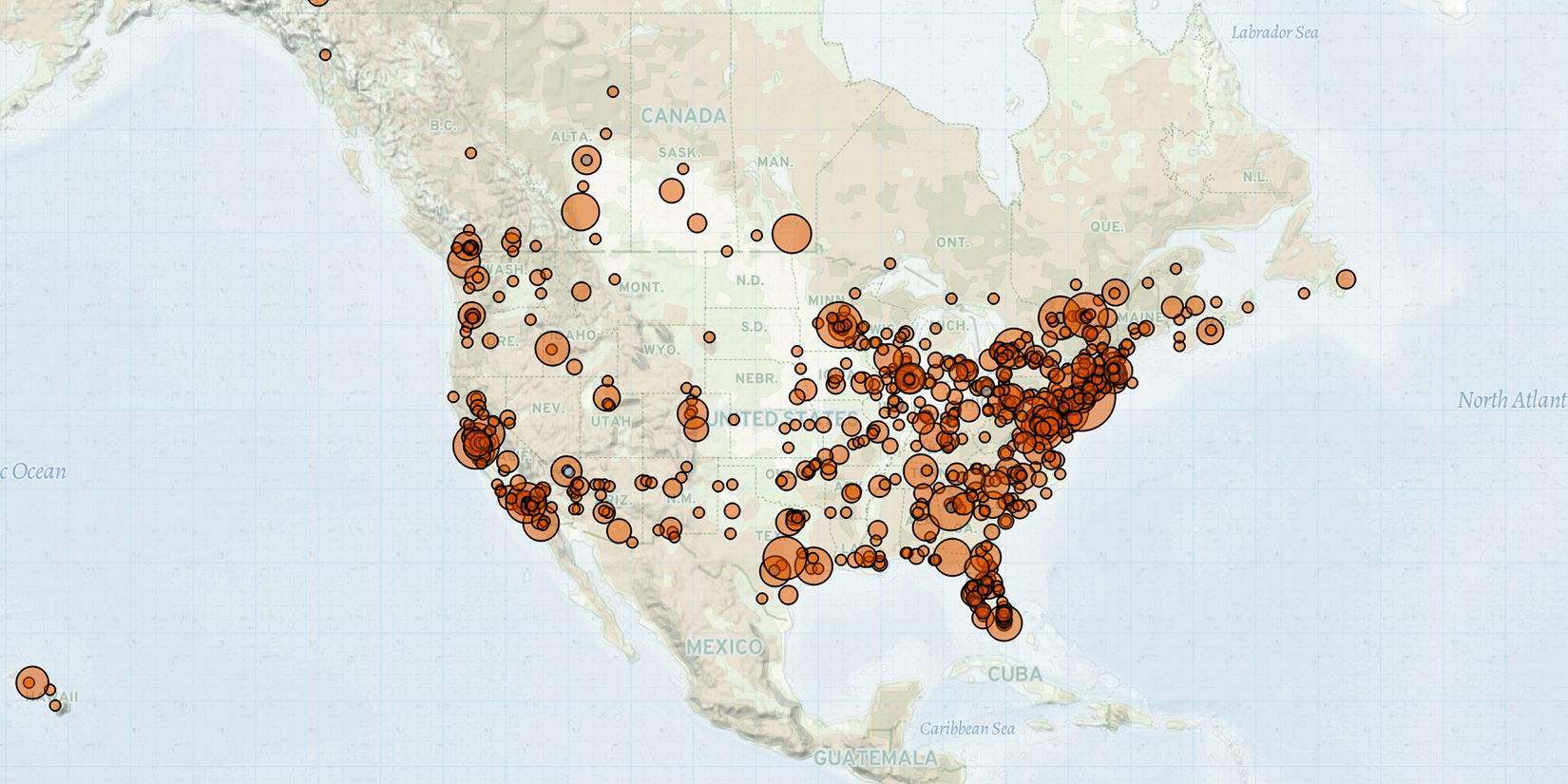 In Canada, demonstrations in support of Ukraine remained the most frequent demonstration type last week, taking place in at least six provinces, despite demonstration levels decreasing significantly from the week prior. Meanwhile, demonstrations against pandemic-related restrictions fell to their lowest levels since the beginning of 2022. The drop came ahead of Ontario’s lifting of most COVID-19 restrictions on 21 March (Toronto Star, 9 March 2022).

Meanwhile, ‘Stop Asian Hate’ demonstrations took place in at least six states last week, commemorating the first anniversary of the Atlanta, Georgia spa shootings on 16 March 2021. Demonstrators also protested against rising incidents of anti-Asian violence across the United States throughout the pandemic (New York Times, 18 March 2022). Last week marks the highest level of demonstration activity against anti-Asian hate since late May 2021, toward the end of the initial surge in ‘Stop Asian Hate’ demonstrations.

On 14 March, campus operations were disrupted at Morehouse College, a Historically Black College or University (HBCU), in Atlanta, Georgia, after the school received a bomb threat regarding a suspicious package. Nearby Spelman College, which is also an HBCU, asked students to remain clear of its campus as well, though a police investigation found no explosive devices (WSB-TV, 14 March 2022). This incident comes amid a spate of bomb threats against HBCUs and Black majority K-12 schools since the end of January.

Militia and militant social movement activity in the United States increased considerably last week compared to the week prior. On 12 March, Ammon Bundy, founder of People’s Rights and current Idaho independent gubernatorial candidate, was arrested for trespassing at a hospital in Meridian, Idaho, where he and a small group of supporters were demonstrating. Bundy had called for supporters to intervene in a case involving his friend, whose child was temporarily taken into Child Protective Services custody for medical treatment (Reuters, 12 March 2022). Bundy’s supporters demonstrated at hospitals and other locations in Boise, Idaho on 15, 16, and 17 March, before the child was released to his parents on 18 March (Idaho Press, 18 March 2022). Last week was the most active week for People’s Rights since ACLED coverage began in 2020.

Veterans on Patrol (VOP) continued to conduct patrols along the US-Mexico border near Sasabe, Arizona on 14, 16, and 18 March. During the patrols, VOP claimed to have detained 44 migrants from Guatemala, Honduras, and Nicaragua — 26 of whom VOP claimed to have handed over to US Border Patrol. VOP did not specify what happened to the other migrants. Elsewhere in Arizona, the Verde Valley Preparedness Team held a recruitment and public information session in Verde Valley on 12 March, while the Chino Valley Preparedness Team held a similar meeting in Cottonwood on 12 March.

Openly white supremacist and neo-Nazi groups remained active in the United States last week as well. On 12 March, Patriot Front held a sparring training in eastern Massachusetts. In a series of coordinated actions on 12 March, a variety of groups dropped banners displaying the phrase “White Lives Matter” and other white supremacist messages. Among these actors was an unidentified group in Rancho Cordova, California; the Hoosier Nationalists in Jeffersonville, Indiana; and members of the Proud Boys and adherents of the Rise Above Movement in Newbury Park, California. The same day, National Socialist Movement members dropped “White Lives Matter” and “Defend New England” banners across Massachusetts, including in Quincy, Boston, Newton, and Salem. Lastly, members of the Goyim Defense League drove around San Diego, California in a rented U-Haul, which they draped with large anti-Semitic and white supremacist banners.

Finally, on 15 March, two people killed a Black Navy veteran by shooting and repeatedly stabbing him at a gas station in Tracy, California. San Joaquin County District Attorney Tori Verber Salazar later stated that the victim was targeted based on his race (KCRA, 19 March 2022). At least one of those charged with the murder has a history of support for white supremacist and neo-Nazi groups, and both face hate crime charges (Daily Beast, 21 March 2022).