Journalists Under Attack in Mexico

While Mexico consistently registers one of the highest rates of violence targeting journalists in the world, a surge in killings this year has triggered an unprecedented number of reporter-led demonstrations against the rising threat to the media. In the first quarter of 2022, at least nine journalists were reportedly killed in targeted attacks — more than 60% of total journalist fatalities recorded in all of 2021. In this infographic, ACLED Latin America Regional Specialist Sandra Pellegrini and Research Analyst Adam Miller unpack the latest data.

For more information about ACLED’s methodology for Mexico and gang violence in Latin America, see ACLED Methodology and Coding Decisions around Political Violence and Demonstrations in Mexico and Gang Violence: Concepts, Benchmarks, and Coding Rules. 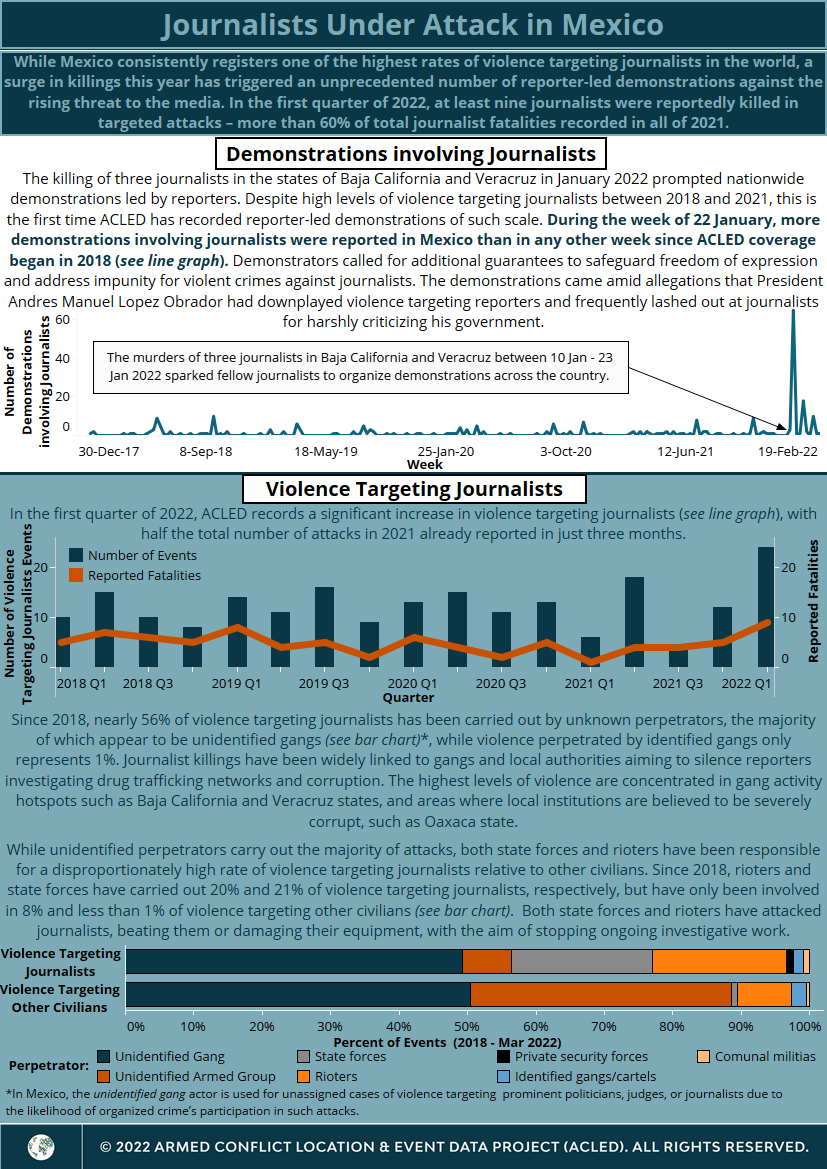