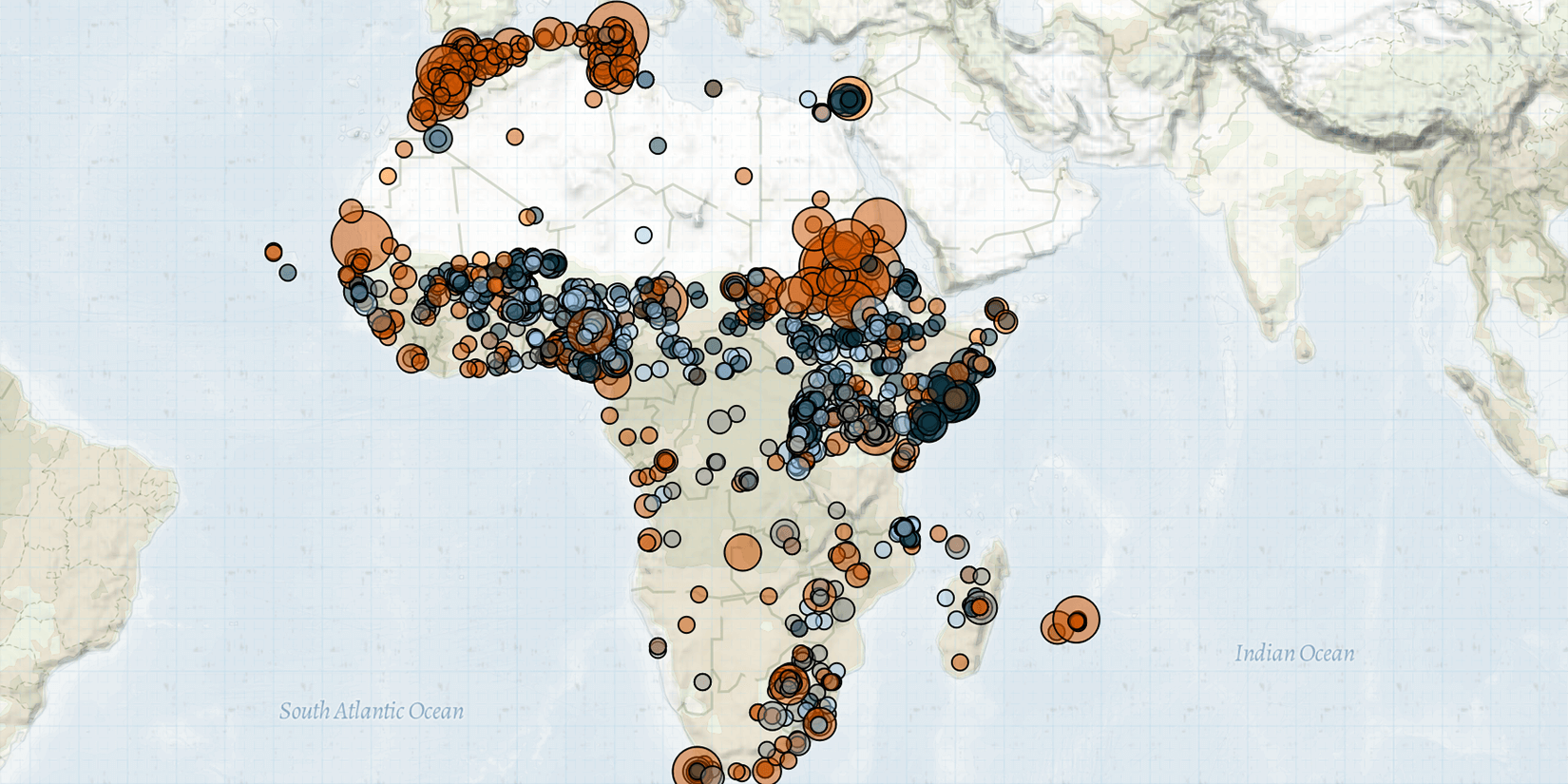 Last week in Africa, military forces regained territory from the M23 militia in the Democratic Republic of Congo; the SPLM-IO announced its participation in security mechanisms following a self-imposed suspension in South Sudan; the ATMIS started operating in Somalia; and upcoming elections in Nigeria and Kenya led to fighting and attacks based on political affiliation.

In Burkina Faso, the number of organized political violence events slightly decreased, as militants primarily ran checkpoints and controlled road users in areas of Seno and Oudalan departments. The Islamic State Sahel Province (IS Sahel) remained the dominant actor in the Sahel region, with the Al Qaeda-affiliated Jama’at Nusrat al-Islam wal-Muslimin (JNIM) most active in the Center-North and East regions. Presumed JNIM fighters attacked a military base in the town of Namissiguima, resulting in several fatalities among the personnel and the Volunteer for Defense of Homeland (VDP). In the Center-North region, suspected JNIM militants also kidnapped an American nun (ABC News, 6 April 2022), which follows the kidnapping of an Indian national the week before in the neighboring East region.

In Nigeria, violent events peaked in Kaduna state amidst ongoing insecurity in the northwest. An attack in Kaduna state by numerous militants at Polwire military base resulted in over a dozen fatalities, multiple injuries, and destruction of military equipment. Further violence against civilians by armed groups in Zamfara and Niger states resulted in many fleeing from the area. In Ekiti state, the upcoming governorship elections led to escalating tensions between and within political parties. In Efon Local Government Area (LGA), unidentified armed groups attacked the convoy of the gubernatorial candidate of the Social Democratic Party (SDP) during a rally. Other armed groups, some suspected Indigenous People of Biafra (IPOB), carried out violence across Anambra state in the southeast and contributed to the 100% increase in violence in Anambra last week relative to the past month flagged by ACLED’s Subnational Threat Tracker.

In Egypt, violence remained concentrated in the North Sinai region. Both the Union of Sinai Mujahideen and Bir Al Abd Tribal Union have joined the Union of Sinai Tribes in conducting operations targeting the Islamic State backed by weapons and logistics support from Egyptian military forces.

In the Democratic Republic of Congo, military forces (FARDC) regained control of several localities in Bwisha commune from the March 23 Movement (M23) militants in North Kivu following an expansion of M23 operations in recent weeks. Also in North Kivu province, Allied Democratic Forces (ADF) clashed with FARDC in Masambo village, resulting in over a dozen fatalities, civilian abductions, and property stolen or destroyed. The ADF also carried out widespread violence against civilians in the Irumu territory of Ituri province. Nearby in Djugu territory, the Cooperative for Development of Congo (CODECO) clashed with a joint force of military and United Nations peacekeepers (MONUSCO).

In Somalia, the African Union Transition Mission in Somalia (ATMIS) took over from the African Union Mission in Somalia (AMISOM) with a similar mandate to support the Somalia Transition Plan following a decision by the Peace and Security Council (African Union Peace and Security Department, 5 April 2022; DefenceWeb, 5 April 2022). Al Shabaab militant offensives against Somali Armed Forces and peacekeeping contingents continued across the country, with the majority of clashes taking place within the central and southern parts of the country. In Bay, Al Shabab shelling killed five Ethiopian peacekeepers in Berdale. Military operations decreased within the Lower Shabelle, Juba, and Middle Shabelle regions. However, a notable clash involving joint security forces and militants in the Hobyo district resulted in several fatalities and military seizures of explosive devices.

In Sudan, clashes between the Rapid Support Forces and an ethnic Masalit militia in West Darfur left numerous fatalities and caused many people to flee to neighboring Chad. The Masalit militia appears to have recently formed in response to frequent violence in and around El Geneina since late 2019.

In neighboring South Sudan, the Sudan People’s Liberation Movement – In Opposition (SPLM-IO) announced that it would lift the self-imposed suspension from various security mechanisms associated with the 2018 Peace Agreement. The lifted suspension follows a revised agreement between the SPLM-IO and the government, which makes provisions for a more unified armed forces command (Radio Tamazuj, 4 April 2022). Notwithstanding, violence involving SPLM-IO loyalists and members of the IO Kitgweng faction in several Koch and Leer counties in central Unity state contributed to a 500% increase in violence within the state as flagged by ACLEDs Subnational Surge Tracker. Heavy clashes occurred at the Mirmir cantonment site and other locales within Koch and Leer counties, resulting in many fatalities. Elsewhere in Jonglei and Lakes states, fighting between suspected cattle raiders and local militia in areas within Uror and Cueibet counties left several people dead.