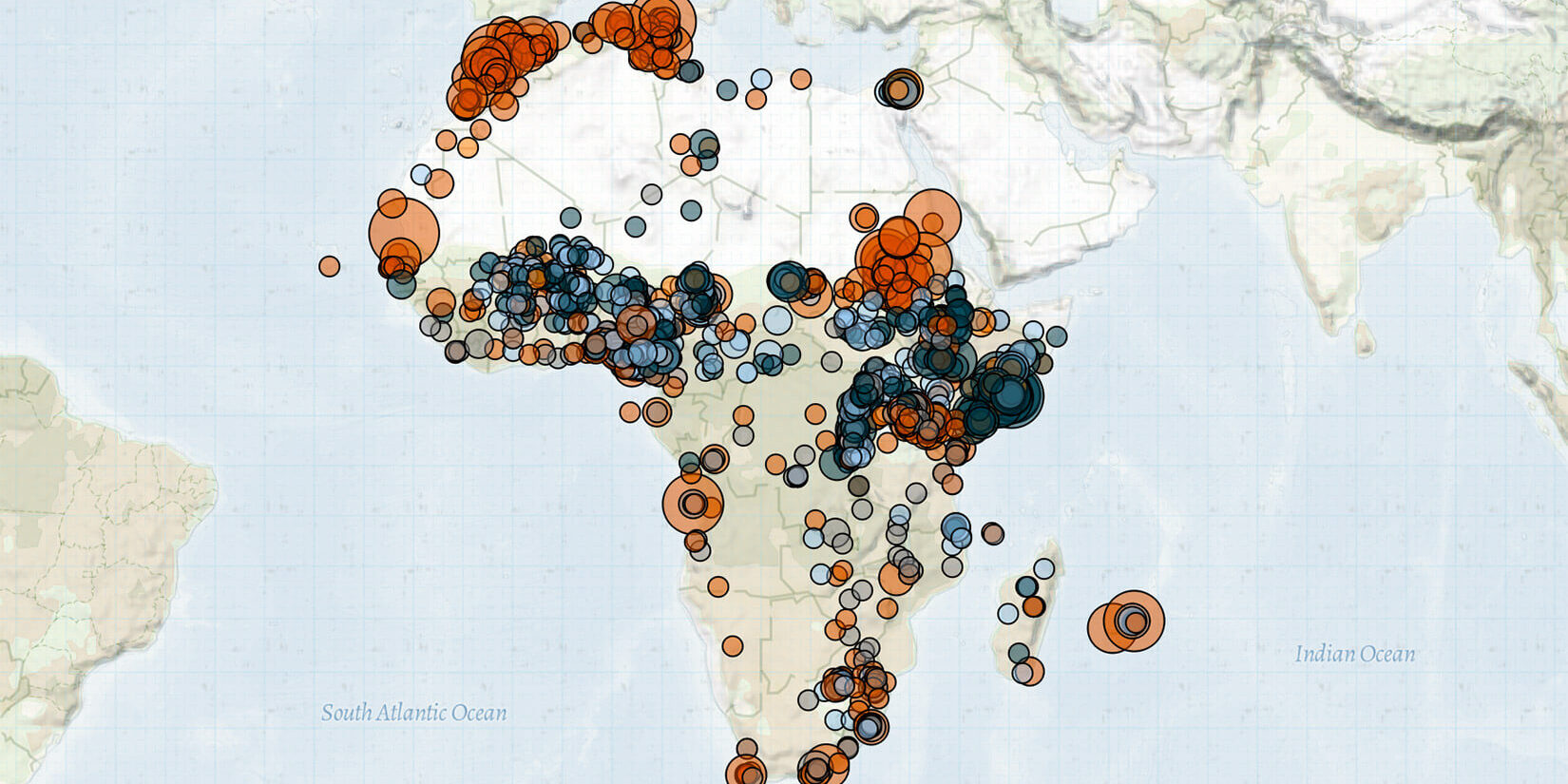 During the last two weeks in Africa, levels of violence remained high in the Sahel and Lake Chad Basin countries, with continued activity by Islamist militants. In Cameroon, Ambazonian separatists kidnapped a prominent female senator; clashes between the Resistance to the Rule of Law in Burundi (RED-Tabara) and Burundian military forces resulted in dozens of fatalities in the Democratic Republic of Congo; and numerous soldiers were killed in a coordinated Al Shabaab attack in Somalia.

In Burkina Faso, violent events were the highest in the Sahel and East regions as Islamist militants of Al Qaeda-affiliated Jama’at Nusrat al-Islam wal-Muslimin (JNIM) and the Islamic State Sahel Province (IS Sahel) carried out several attacks. In the Sahel region, IS Sahel militants abducted and killed numerous civilians in the provinces of Ouadalan and Seno. JNIM militants clashed with Volunteers for the Defense of the Homeland (VDP) and Burkinabe soldiers in the Soum province, resulting in over a dozen fatalities. In the Center-North region, JNIM militants used IEDs and gunfire against the gendarmerie forces in Sanmatenga province, resulting in numerous fatalities. Burkinabe military forces responded with airstrikes against JNIM positions in the Center-North and North regions.

In Mali, violent events remained concentrated in the Mopti and Segou regions. JNIM was the most active actor and claimed responsibility for three coordinated attacks involving suicide car bombs on Malian military camps in the Mopti and Segou regions, causing numerous casualties among soldiers and militants. These trends contribute to the 122% increase in violence in Segou region last week relative to the past month flagged by ACLED’s Subnational Surge Tracker. JNIM also conducted a rare mass abduction of thirty-one women in the Djenne circle. Malian forces retaliated with a bombardment of JNIM positions using aerial strikes in the Douentza and Tenenkou circles of the Mopti region, killing around a dozen militants. Relations between Mali and France deteriorated further after the Mali military regime broke off from its defense accords with France (France 24, 3 May 2022), followed by a response from the French Ministry of Foreign Affairs calling the decision “unjustified” (Anadolu Agency, 4 May 2022).

In neighboring Niger, JNIM was also the most active actor following the abduction of several civilians in the Torodi and Tera areas of the Tillaberi region. Nigerien military forces of the Multinational Joint Task Force (MNJTF) carried out an operation against Boko Haram militants in the Lake Chad area of the Diffa region, killing dozens, destroying logistical infrastructure, and seizing military equipment.

Violence continued in the North Sinai region of Egypt, where militants of the Islamic State used IED attacks and engaged in firefights with tribal militia groups affiliated with the Egyptian military in the Rafah area. Islamist militants also executed two civilians accused of spying for the Egyptian army in the Bir Al-Abd area.

In Sudan, organized political violence intensified in West Darfur following clashes between presumed Rizeigat armed pastoralists and a Masalit militia. The clashes began in Kreinik town and spilled over to the El Geneina locality, leaving hundreds of people killed and nearly 100,000 displaced (UNOCHA, 9 May 2022; UN, 28 April 2022). In South Sudan, attacks on civilians decreased within Unity state following violence by armed youth militias in Leer, Mayendit, and Koch counties (UN, 6 May 2022). In Eastern Equatoria, clashes between cattle raiders and cattle owners displaced hundreds following a raid in Mugali County. Cattle raiders, suspected to be from the Pibor administrative area, clashed with community members after an attempted theft of livestock on the outskirts of Duk Padiet in Jonglei, leaving many killed and thousands of cattle stolen.

In neighboring Kenya, renewed attacks in Baringo by armed raiders suspected to be from the Pokot ethnic group left three pastoralists dead and livestock stolen. Also in Baringo, repeated attacks by a suspected Marakwet militia killed a pastoralist, looted cattle, and led to clashes with police forces in Kobot village. Further north in Marsabit, a suspected Gabra militia killed five people, including two government administrators, during an attack in North Horr sub-county. As a result, authorities imposed a 30-day dusk to dawn curfew.

In Somalia, coordinated Al Shabaab attacks against government and African Union Transition Mission in Somalia (ATMIS) forces in central and southern Somalia resulted in many fatalities. In Middle Shabelle, hundreds of Al Shabaab militants took control of a Burundian peacekeepers’ base in Ceel Baraf village following heavy exchanges of gunfire and explosives, forcing peacekeepers to flee and killing tens of soldiers and militants. In Mogadishu, National Intelligence and Security Agency (NISA) members attacked government officials, including the Interim speaker of parliament and other delegates, during the swearing-in ceremony of 16 parliamentarians elected in El Wak town and an opposing senator near the Jazeera hotel.

In the Democratic Republic of Congo, different Cooperative for Development of the Congo (CODECO) factions clashed with military forces (FARDC), UN peacekeepers (MONUSCO), and the Ituri Self-Defense Popular Front (FPAC-Zaire) in Ituri province. In North Kivu province, clashes between the FARDC and March 23 Movement (M23) resumed in Rutshuru territory. Also in North Kivu, Mayi-Mayi militias clashed with the FARDC and Coalition of Movements of Change of the Congo (CMC) militants, with groups attacking off-duty military and police officers in Lubero territory. In South Kivu province, Mayi-Mayi militants fought against a coalition of Banyamulenge militias and other Mayi-Mayi militias after they accused the alliance of settling in neutral zones within Fizi territory. In Tanganyika commune of Fizi, RED-Tabara militants clashed with Burundian military forces for two days, leaving scores killed from both sides.