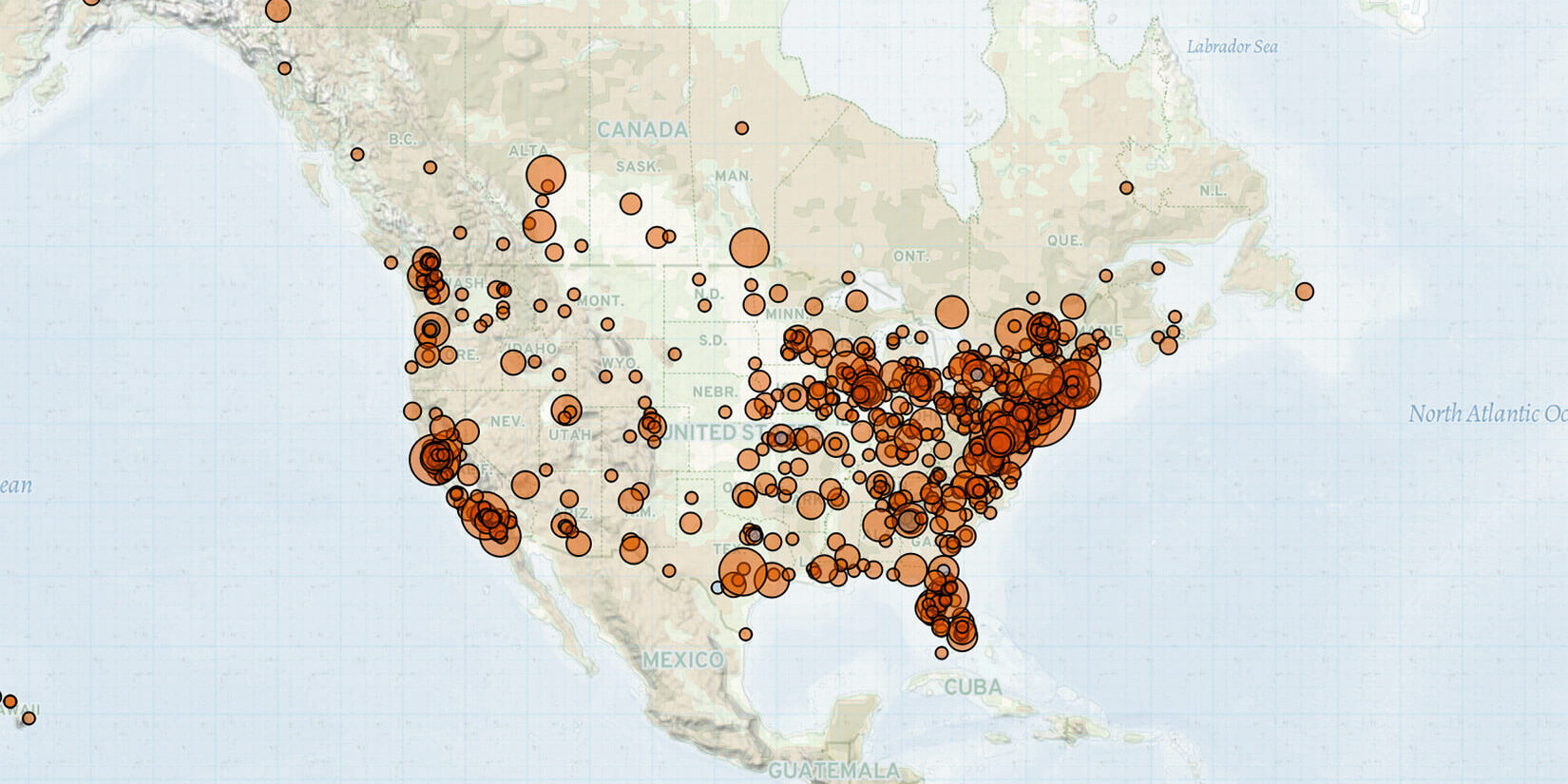 In Canada, demonstrations involving labor groups calling for better pay and working conditions made up the largest share of demonstration events last week. The majority of these demonstrations took place in Quebec and were led by the Canadian Union of Public Employees (CUPE) and the Confederation of National Trade Unions (CSN). On 24 May, legal aid lawyers in Quebec went on a CSN-coordinated strike to call for legal aid lawyers to be paid the same as Crown lawyers (CTV News, 24 May 2022). Meanwhile, Indigenous groups gathered in Ontario, Manitoba, and British Columbia to commemorate the 27 May 2021 discovery of 215 children buried at the former Kamloops Indian Residential School in British Columbia (CBC, 22 May 2022).

In the United States, on 24 May, an 18-year-old gunman armed with an AR-15-style rifle fatally shot and killed 19 students and two teachers at Robb Elementary School in Uvalde, Texas. Over an hour after the shooting began, Border Patrol Tactical Unit officers entered the school and fatally shot the gunman (New York Times, 28 May 2022). Preliminary evidence suggests that officers failed to act quickly to stop the shooting — instead, staging outside a classroom where the gunman was holed up and preventing parents from approaching (AP, 28 May 2022).

On 26 May, thousands of students throughout the United States staged walk-outs and demonstrations as part of a National Day of Action organized by Students Demand Action (NBC News, 26 May 2022). On 27 May, during the National Rifle Association (NRA) convention in Houston, Texas, thousands of protesters, including members of Moms Demand Action for Gun Sense in America, gathered to demonstrate against the NRA and to call for stricter gun control measures (NPR, 29 May 2022). Demonstrators rallying in support of gun ownership also gathered at the NRA convention. Demonstrations in favor of gun control overwhelmingly outnumbered demonstrations against gun control last week.

Demonstrations in support of the Black Lives Matter (BLM) movement increased around the second anniversary of the murder of George Floyd. Demonstrations associated with the BLM movement reached their highest levels last week since November 2021, when demonstrations peaked after the conviction of the men who murdered Ahmaud Arbery. Some pro-BLM demonstrations last week also called attention to non-state violence targeting the Black community, including the 14 May mass shooting in Buffalo, New York, in addition to recent acts of police brutality.

Meanwhile, on 27 May, police officers shot and injured a woman while arresting her in connection with an alleged carjacking in Kansas City, Missouri. According to a witness, the woman initially put her hands up but began to run after police ordered her to lay on the ground, which she said she could not do because she was pregnant. Officers then opened fire. Police have since claimed that the woman was armed with a handgun, contradicting the witness’s account, which indicated that the woman told police there was a gun in the car (NBC, 1 June 2022). Police have also indicated to media that they “will not be releasing body cam video of the shooting any time soon” (Kansas City Star, 1 June 2022).1Update, 7 June 2022: While the full body cam footage has not yet been released, authorities have since released a still image that appears to show the woman holding a firearm. She has now been charged with “unlawful possession of a firearm,” “unlawful use of a weapon,” and “resisting a lawful detention” (KCUR, 1 June 2022).

Reported far-right militia and militant social movement activity declined last week. The Lions of Liberty, an affiliate of the Yavapai County Preparedness Team (YCPT), a breakaway Oath Keepers group, held an informational recruitment meeting in Prescott, Arizona, on 21 May. On the same day, about two dozen Proud Boys marched through Rockville Centre, New York, to distribute fliers stating that they support “anti-racism” and “anti-racial guilt,” accompanied by the claim that the United States is racist towards white Americans (PIX11, 23 May 2022).

Far-right militias also continued to attend ‘pro-life’ demonstrations last week. On 21 May, about 50 ‘pro-life’ demonstrators, including individuals affiliated with the Three Percenters militia, demonstrated across from a counter-demonstration organized by ‘pro-choice’ demonstrators at a ‘Baby Lives Matter’ protest in Riverside, California. About 30 ‘pro-choice’ demonstrators dressed in black bloc participated in the counter-demonstration (Left Coast Right Watch, 26 May 2022). Meanwhile, the opening of an abortion clinic in Casper, Wyoming — the only clinic in the state that will perform procedural abortions — was delayed after an arson attack on 25 May caused internal damage to the construction site. Police are investigating an unidentified perpetrator who allegedly ran from the building with a gas can (Casper Star-Tribune, 25 May 2022).