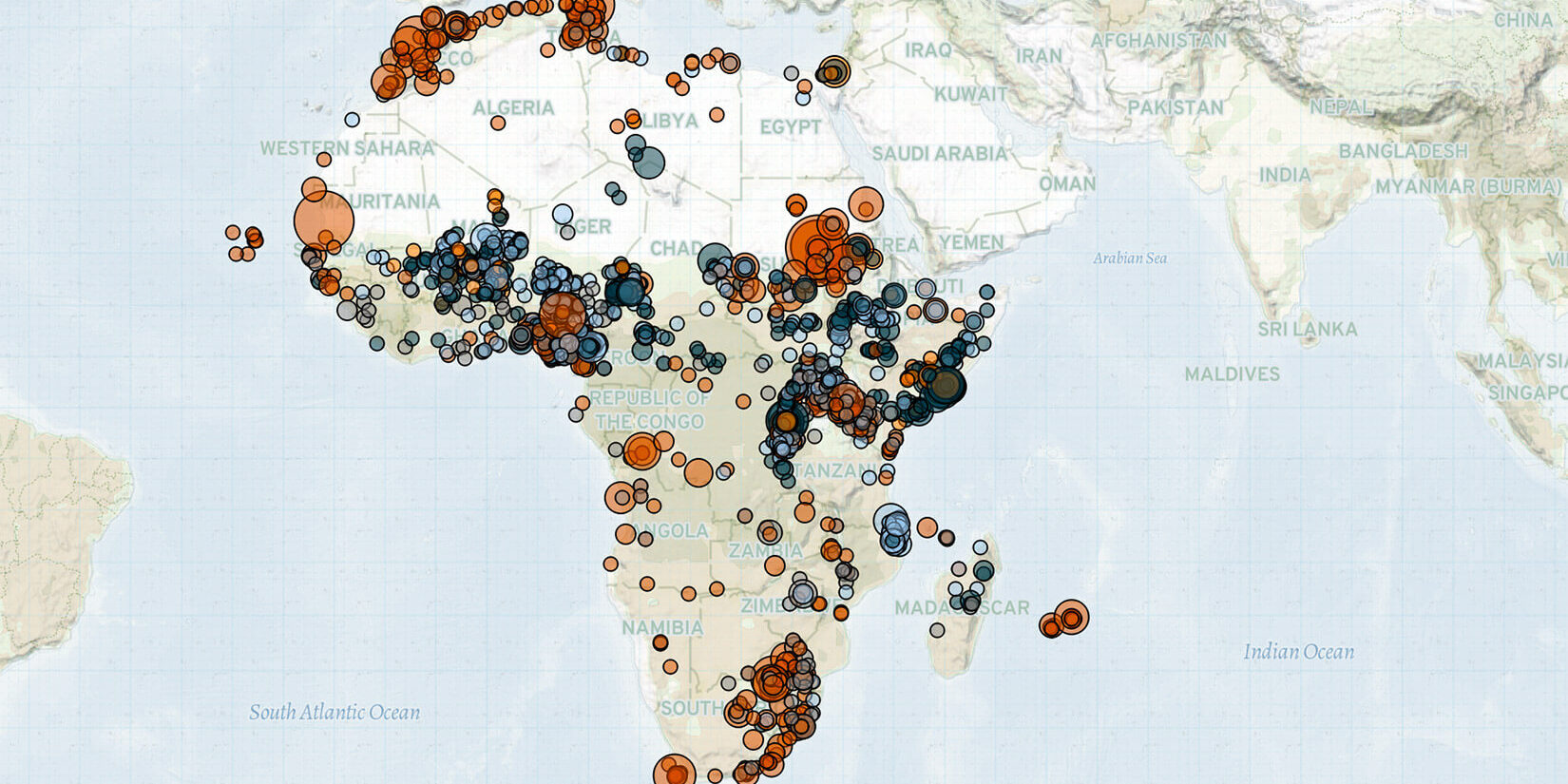 Last week in Africa, ACLED recorded one of the deadliest attacks in Burkina Faso; gunmen kidnapped Christian civilians in Nigeria; Al Shabaab militants clashed with security forces and a clan militia in Somalia; and M23 took control of several locations in the Democratic Republic of Congo.

In Burkina Faso, militants of the Islamic State Sahel Province (IS Sahel) carried out one of the deadliest attacks recorded by ACLED in the town of Seytenga, in Seno Province, contributing to the highest levels of violence in the Sahel region. Al Qaeda-affiliated Jama’at Nusrat al-Islam wal-Muslimin (JNIM) continued their offensive in the Center-North and East regions. Militants also conducted attacks in the Bam and Gourma provinces resulting in a dozen civilians killed. In the East region, JNIM seized fuel tankers and transport vehicles in Gourma and Tapoa provinces.

In Mali, levels of violence remained high in the Mopti region, where JNIM militants confronted the Dan Na Ambassagou, Dozo militiamen, and the Malian armed forces (FAMa). In the Gao and Menaka regions, IS Sahel militants conducted several attacks, causing tens of civilian deaths. In the far north of Menaka, IS Sahel shifted outside their historical area of operations and killed over a score of civilians from Tuareg communities. A coalition of militiamen from the Movement for Azawad Salvation (MSA) and the Imghad Tuareg and Allies Self-Defense Group (GATIA) retaliated against these attacks by IS Sahel in the Menaka region, killing dozens of civilians perceived as close to IS Sahel from the Arab and Tuareg communities in Menaka circle. During the French military withdrawal from Mali, the French forces initially handed over a military base to FAMa in Menaka, but Wagner Group mercenaries established themselves at the base two days after the French handover (RFI, 14 June 2022; Africa Radio, 15 June 2022).

In Niger, the IS Sahel conducted the most violent events, followed by Islamic State West Africa Province (ISWAP), conducting violence against civilians and clashing with security forces in the Tillaberi and Diffa regions, respectively. Despite involvement in fewer events, presumed JNIM militants were the deadliest actor following an attack on a gendarmerie position in Waraou town of Tillaberi region, resulting in over a dozen fatalities. The French forces subsequently carried out an airstrike against retreating assailants.

Violent events rose by 433% in the North Sinai governorate of Egypt compared to the past month (ACLED Subnational Surge Tracker), as the Islamic State clashed with the military and Sinai tribal militiamen. Security forces responded by launching airstrikes and shelling Islamic State positions in Rafah and Sheikh Zuweid subdivisions.

In the Democratic Republic of Congo, disorder peaked in North Kivu as the fighting between the March 23 Movement (M23) and government forces (FARDC) increased, displacing more than twenty thousand people (Africa News, 13 June 2022). The M23 also took control of several localities in Rutshuru and Bwisha following FARDC withdrawal (Radio Okapi, 13 June 2022; Radio Okapi, 17 June 2022). During another round of protests in Kinshasa and North Kivu, Congolese authorities continued to accuse Rwanda of supporting the M23, with demonstrators demanding a break in diplomatic relations. Demonstrators ransacked shops and vehicles believed to be owned by or supportive of Rwandans (France24, 15 June 2022). Also in North Kivu, Allied Democratic Forces (ADF) killed scores of civilians in Beni despite a drop in total events. In Irumu, Ituri, FARDC and Ugandan forces (UPDF) shelled the ADF bases.

In Somalia, militant activity increased as Al Shabaab attacked security forces and allied forces at checkpoints in the capital in Banadir and the Lower Shabelle region. In Baxdo village, clashes with security forces and Habar Gedir clan militiamen resulted in tens of militant fatalities. Government forces, supported by a Macawiisley clan militia, retook Jiracle village in Hiraan without resistance. Further in Gedo, Kenyan security forces conducted airstrikes in areas under suspected Al Shabaab control. This violence contributed to the 32% increase in violence in Somalia last week relative to the past month flagged by ACLED’s Conflict Change Map.

In Kenya, political mobilization for the upcoming elections again turned violent. Intragroup fighting broke out within the Kenya Kwanza Alliance, headed by deputy president William Ruto, and amongst supporters of the Azimio la Umoja alliance, led by Raila Odinga.

In Sudan, a three-day clash broke out between Nuba and Beni Amir in Kassala, which left several injured and others killed, set off after security forces shot and killed three suspected thieves (Sudan Tribune, 15 June 2022). In Kulbus, political violence continued for a second week as Rizeigat and Qamar militia clashed, resulting in over a hundred deaths, thousands displaced, and many villages incinerated (Relief Web, 20 June 2022). During ongoing nationwide demonstrations, security forces killed a protester in Omdurman, wounded more than 170 and arrested 30 in Khartoum. Pro-democracy civilian groups boycotted the second round of UN-facilitated talks, with the Forces for Freedom and Change (FLC) demanding the release of political prisoners and an end to the repression of civilians. (Africanews, 16 June 2022).