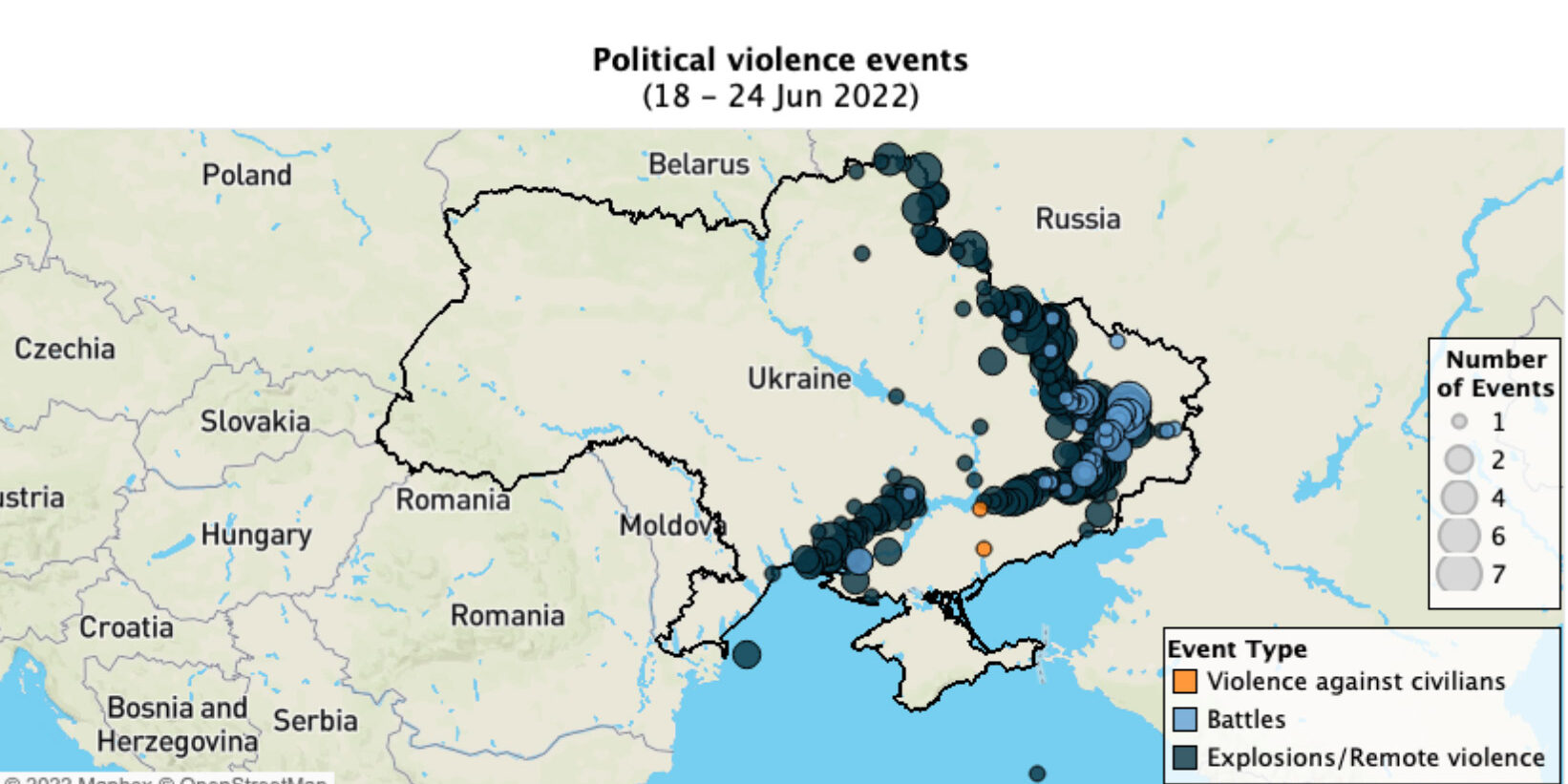 In the Luhansk region, heavy clashes continued in Severodonetsk until 24 June, when the Ukrainian government ordered a full withdrawal from the city (BBC News, 24 June 2022). Following the withdrawal, Russian forces began to push towards Lysychansk, the last large city in the Luhansk region under Ukrainian control (NV, 23 June 2022). Russian troops also continued unsuccessful offensive operations in the Donetsk and Kharkiv regions aimed at surrounding the Ukrainian forces in Lysychansk (ISW, 24 June 2022). 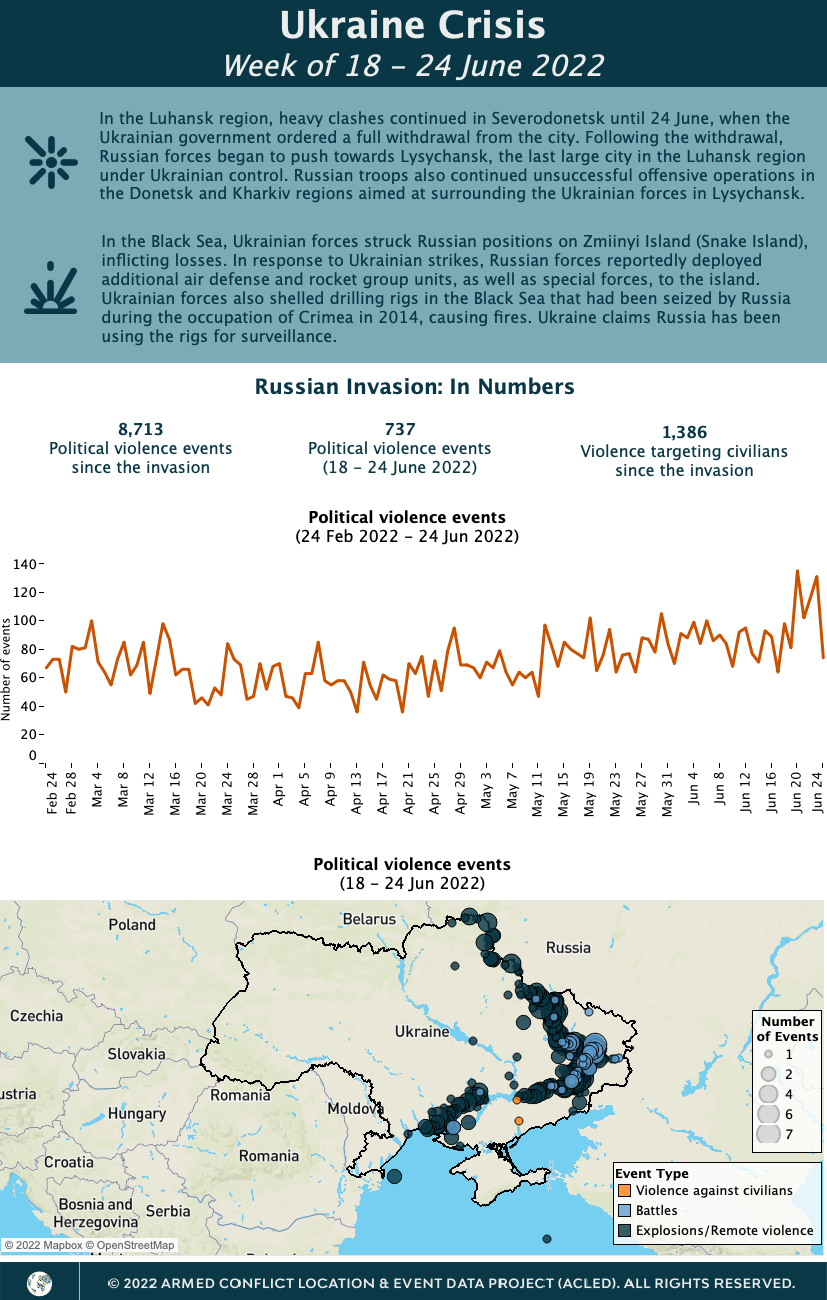