Russian forces also continued to engage in civilian targeting last week, with dozens of civilian fatalities reported from shelling, airstrikes, and missile attacks in the Dnipropetrovsk, Donetsk, Kharkiv, Kherson, Mykolaiv, and Sumy regions. In Donetsk, over 50 Ukrainian prisoners of war were killed in an explosion at a prison in occupied Olenivka (ISW, 1 August 2022; Suspilne Media, 30 July 2022).1Fatality numbers are frequently the most biased and poorly reported component of conflict data; they can vary considerably and are often the subject of debate given the strategic incentives to over- or underestimate these numbers, as well as the significant logistical difficulties in collecting accurate data, among other factors (for more, see this piece by ACLED in Washington Post, 2 October 2017). Ukrainian and international sources blamed Russian forces for the explosion, while Russia claims that it was caused by Ukrainian rockets. International experts have dismissed Russian claims as being inconsistent with available visual evidence (ISW, 1 August 2022). Meanwhile, new reports of sexual violence perpetrated by Russian forces in July surfaced last week, including the rape and killing of nine women and girls in Luhansk and Melitopol (24 Channel, 27 July 2022; Unian, 27 July 2022). 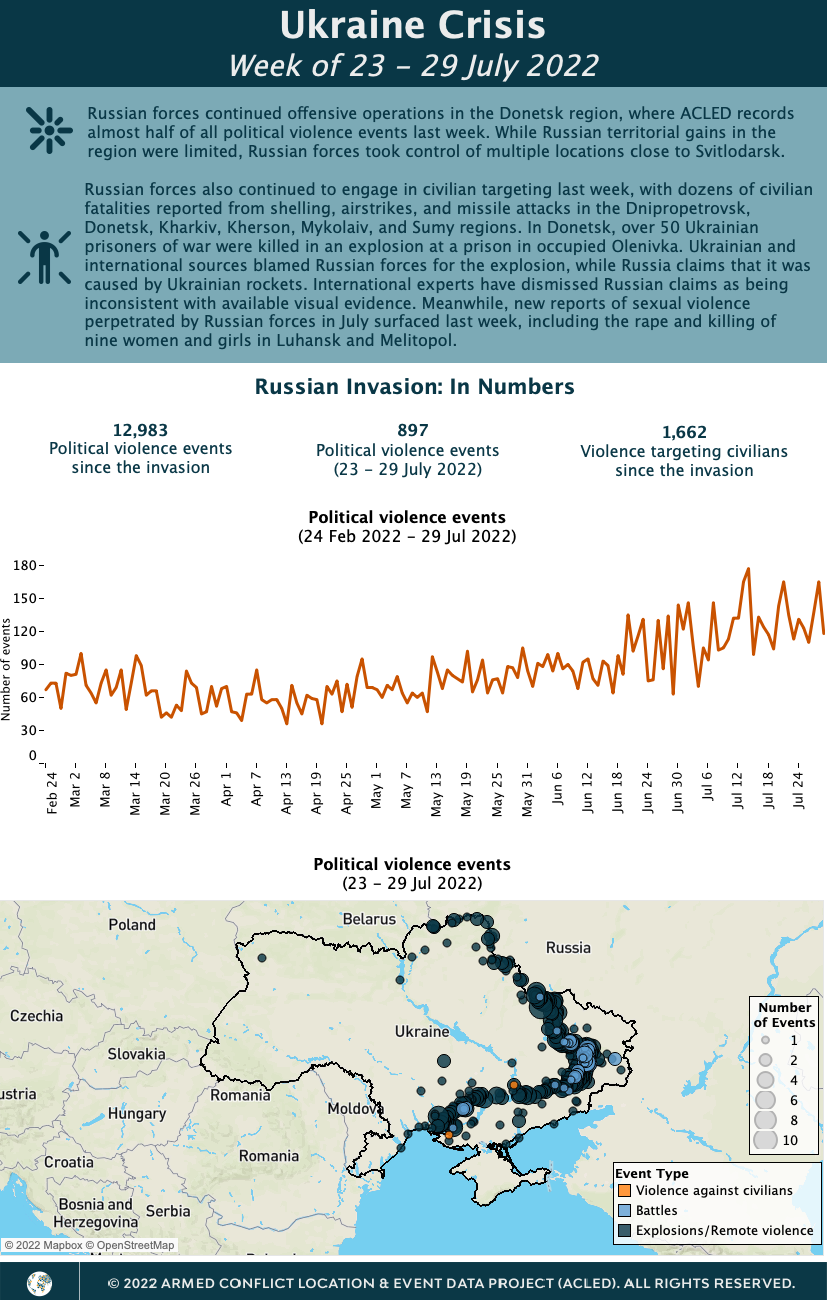