Almost half of all violent events last week were recorded in the Donetsk region, where Russian forces continued attempts to advance in the directions of Pisky, Marinka, and Bakhmut (ISW, 10 August 2022; KyivPost, 12 August 2022; Ukrainska Pravda, 12 August 2022). Ukrainian forces continued to strike Russian bases and ammunition depots, as well as bridges along Russian resupply routes, particularly in the Kherson and Zaporizhia regions (ISW, 8 August 2022). Additionally, Ukrainian partisan activity against alleged Russian collaborators and Russia-appointed government representatives was recorded in occupied areas of the Donetsk, Luhansk, Zaporizhia, and Kherson regions.

Meanwhile, on 9 August, two explosions occurred at the Saky aircraft base in Novofedorivka on the occupied Crimean peninsula. While the Ukrainian military did not openly take credit for the explosions, some sources suggest the involvement of Ukrainian special forces or local partisan groups (ISW, 10 August 2022). Russia claims that the explosions were caused by negligence associated with the storage of munitions at the base and that no aircrafts were damaged in the process (Interfax, 9 August 2022). Despite these claims, satellite images show the destruction of at least 11 Russian jets, with Russia also later reporting that one civilian was killed and 14 were wounded (The Guardian, 11 August 2022). 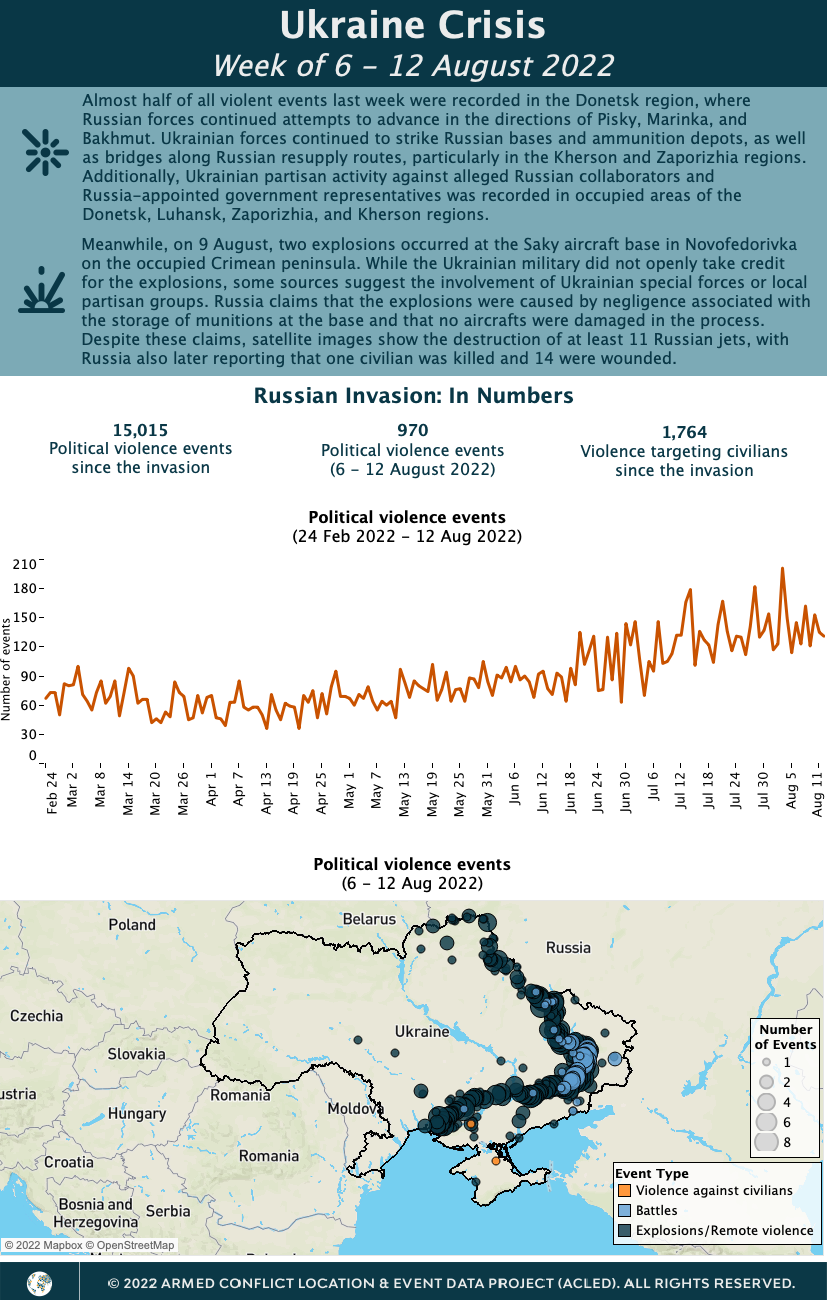