In the first nine days of September, Ukrainian forces successfully pushed back Russian forces in the Kharkiv region, regaining control over thousands of square kilometers (ISW, 9 September 2022). The gains followed Ukrainian offensive operations in the southern part of the country, with attacks on Russian supply lines and the liberation of several settlements in the Kherson region (New York Times, 29 August 2022; RFE/RL, 30 August 2022; CNN, 7 September 2022). Heavy fighting continued in the Donetsk region, where Russian forces conducted ground assaults in the areas of Bakhmut and Avdiivka but without significant changes to the frontline (ISW, 9 September 2022).

Russian forces have continued targeting civilian infrastructure along the frontline with shelling, airstrikes, and missile attacks, reportedly killing over 150 civilians in the past month. In the Dnipropetrovsk region, a Russian missile strike on a railway station in Chaplyne on 25 August killed 25 civilians (Euromaidanpress, 25 August 2022). Meanwhile, shelling of Kharkiv on 17 August left 19 people dead (Ukrinform, 22 August 2022). Russian forces also abducted dozens of civilians in the Kherson and Zaporizhia regions over this period. 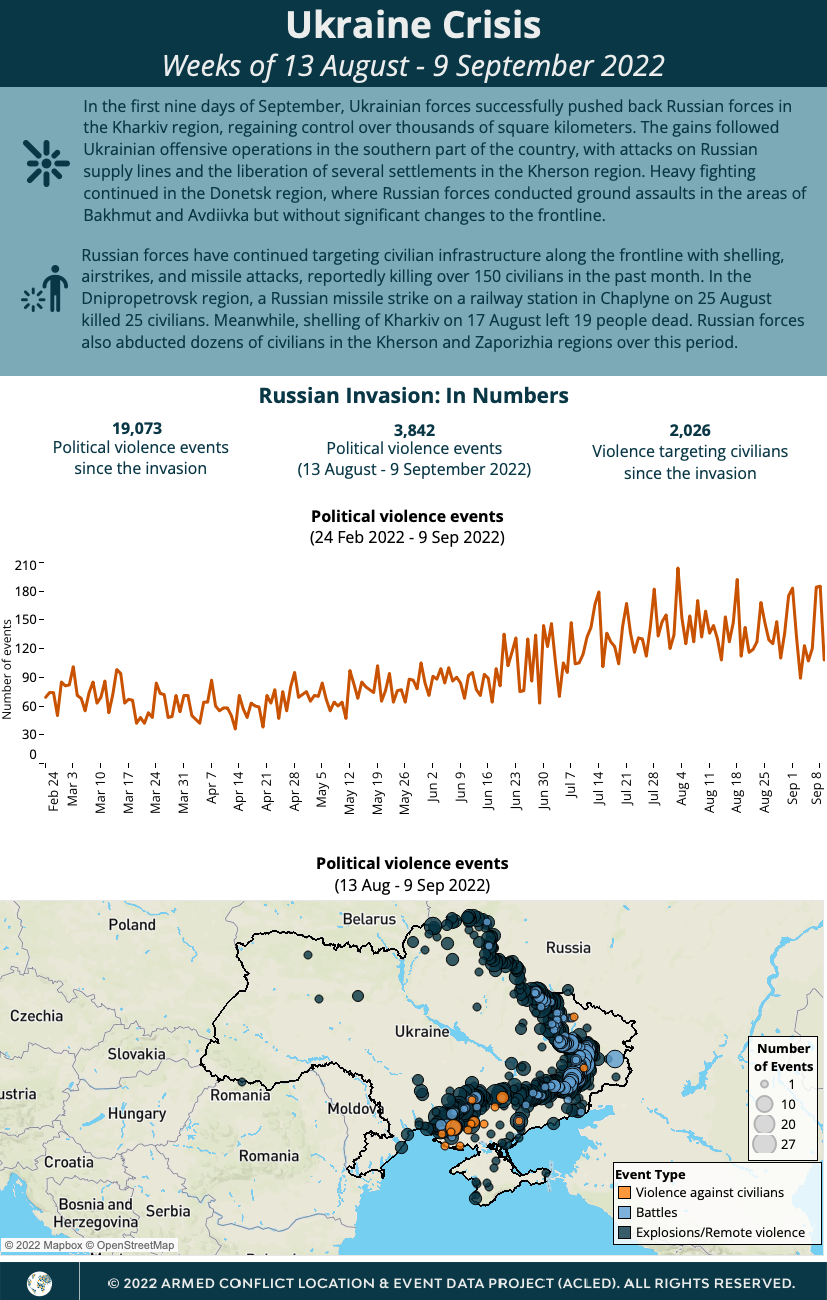