< Back to Asia-Pacific hub

During January, the Taliban was subject to increased asymmetrical attacks in Kandahar province, the birthplace of the group. The Afghanistan Freedom Front, an anti-Taliban group formed in March 2022,1VOA, 27 April 2022 claimed responsibility for multiple targeted IED attacks that left several Taliban members dead. Unidentified groups also carried out attacks, including a drone strike on 13 January which killed a Taliban commander. Such drone strikes have been rare since the Taliban takeover. The last drone strike was recorded in September 2022.

Heightened violence in Khyber Pakhtunkhwa province continued in January, with a suicide bomber targeting police worshipping at a mosque at the end of the month. The blast, one of the deadliest in years, reportedly led to at least 100 fatalities, making January a particularly deadly month for the region.2Associated Press, 31 January 2023 A Tehreek-i-Taliban Pakistan (TTP) commander initially claimed responsibility for the attack before a spokesperson refuted the claim.3Associated Press, 30 January 2023 The end in November of a ceasefire between the TTP and the government has led to an uptick in violence in the region. Government officials allege that the Taliban takeover in Afghanistan has emboldened the group.4TRT World, 31 January 2023

The Myanmar military continued to carry out airstrikes in January in the run-up to the two-year anniversary of the military coup. The military has increasingly resorted to airstrikes as they fail to consolidate power, targeting resistance forces and civilians alike.5BBC, 31 January 2023 An airstrike on 12 January in Hpapun district in Kayin state led to the deaths of five civilians, including a two-year-old child. The military’s ongoing use of airstrikes has triggered concerns about the potential spillover effect on civilian populations in countries that share a border with Myanmar. Airstrikes on a resistance stronghold in Chin state reportedly resulted in a bomb falling inside the Indian state of Mizoram.

Thailand: Separatist conflict in the Deep South continues ahead of peace talks

Violence in Thailand’s Deep South continued in January. A clash between state forces and Malay Muslim separatists in Narathiwat resulted in three separatist fatalities on 20 January. Following the change of government in Malaysia, a new Malaysian facilitator for peace talks has been appointed and is expected to be in Bangkok in early February.6Benarnews, 26 January 2023 A date for expected peace talks has not yet been announced. Peace talks between the Thai government and the Barisan Revolusi Nasional Melayu Patani, the largest separatist group, have been held intermittently since 2020.

Violence in Jharkhand state increased as the Communist Party of India (Maoist), the largest Maoist group operating in the ‘Red Corridor,’ carried out a series of asymmetrical attacks in West Singhbhum. The violence comes after the Central Reserve Police Force established new forward operating bases in the region in November 2022.7The Hindu, 22 November 2023 Clashes were also reported between state forces and Maoist splinter groups, the People’s Liberation Front of India, and the Tritiya Prastuti Committee. 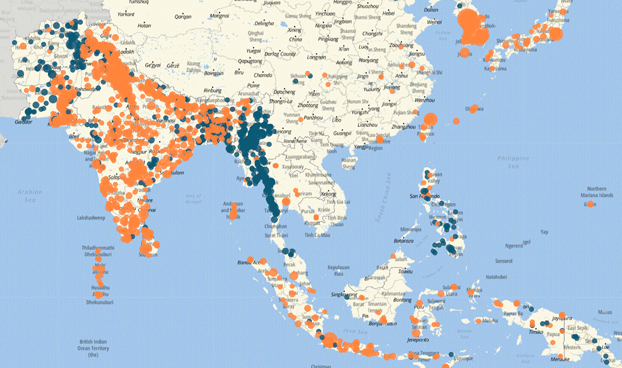 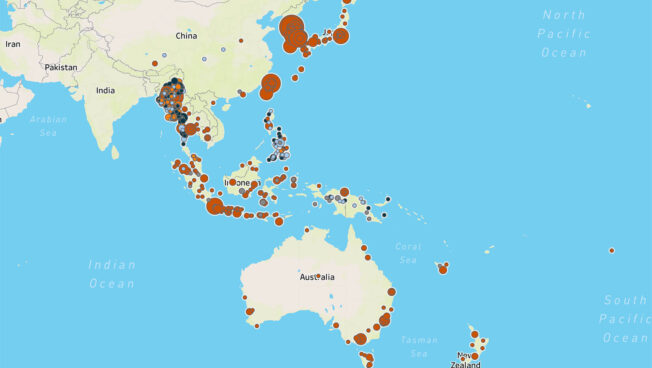 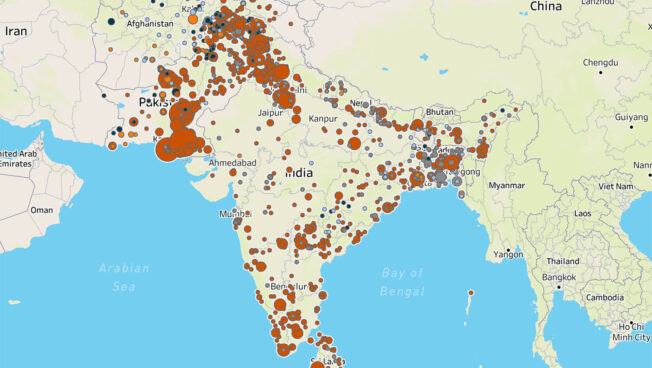