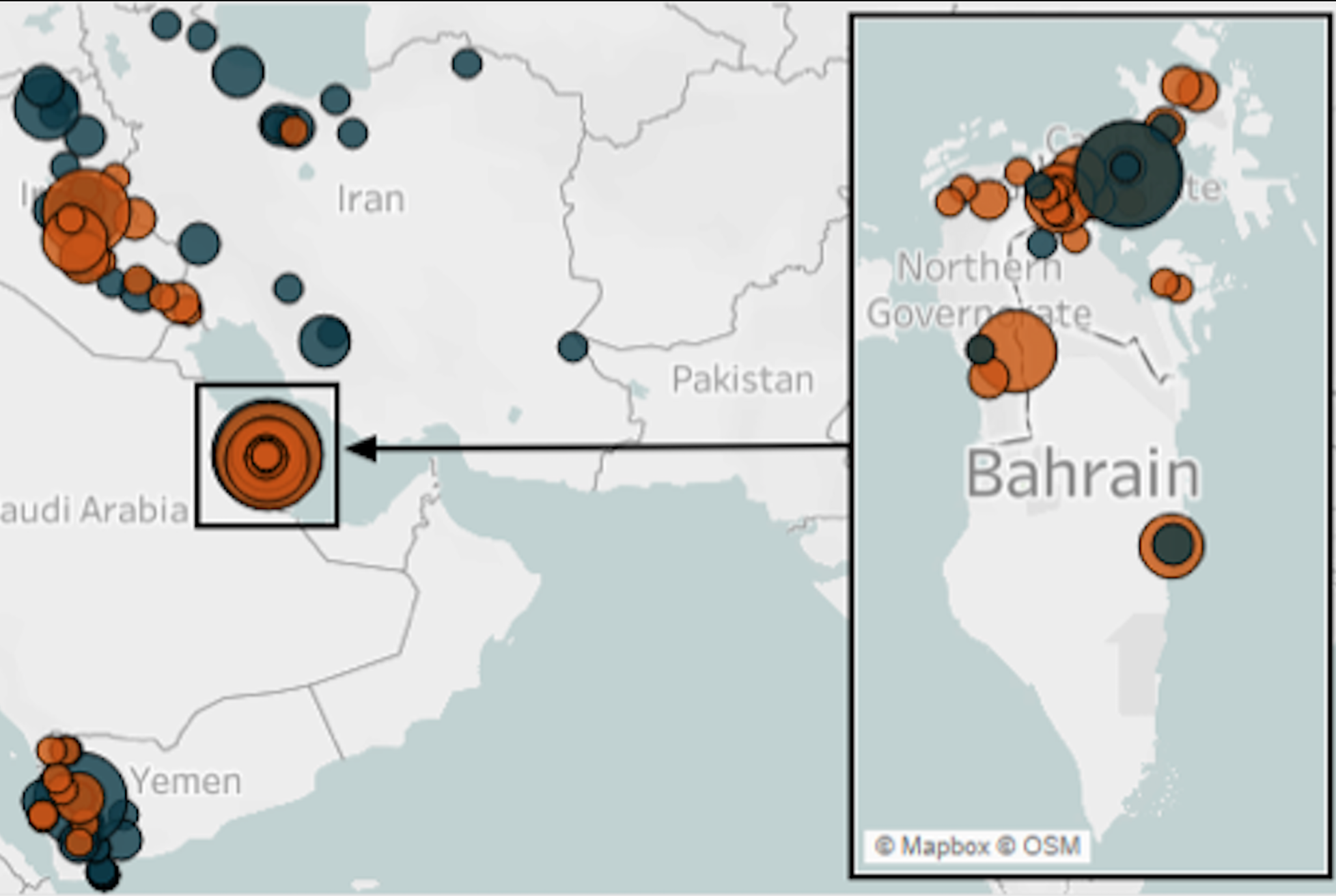 Religious celebrations can function as catalysts for religious repression, carrying a potential for state abuses and minority contestation (Hintz & Quatrini, 2020). A focus on Ashura celebrations demonstrates how regimes and believers can choose to respond to this Shiite festival depending on their respective religious affiliations, and how these responses can raise the risk for… 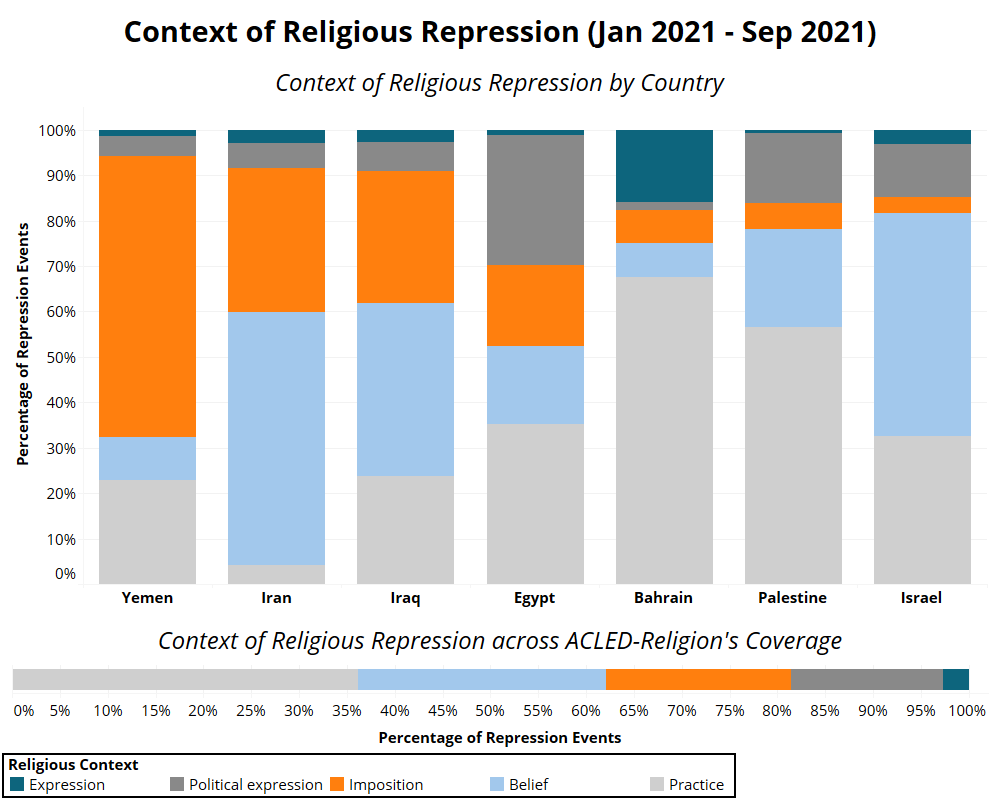 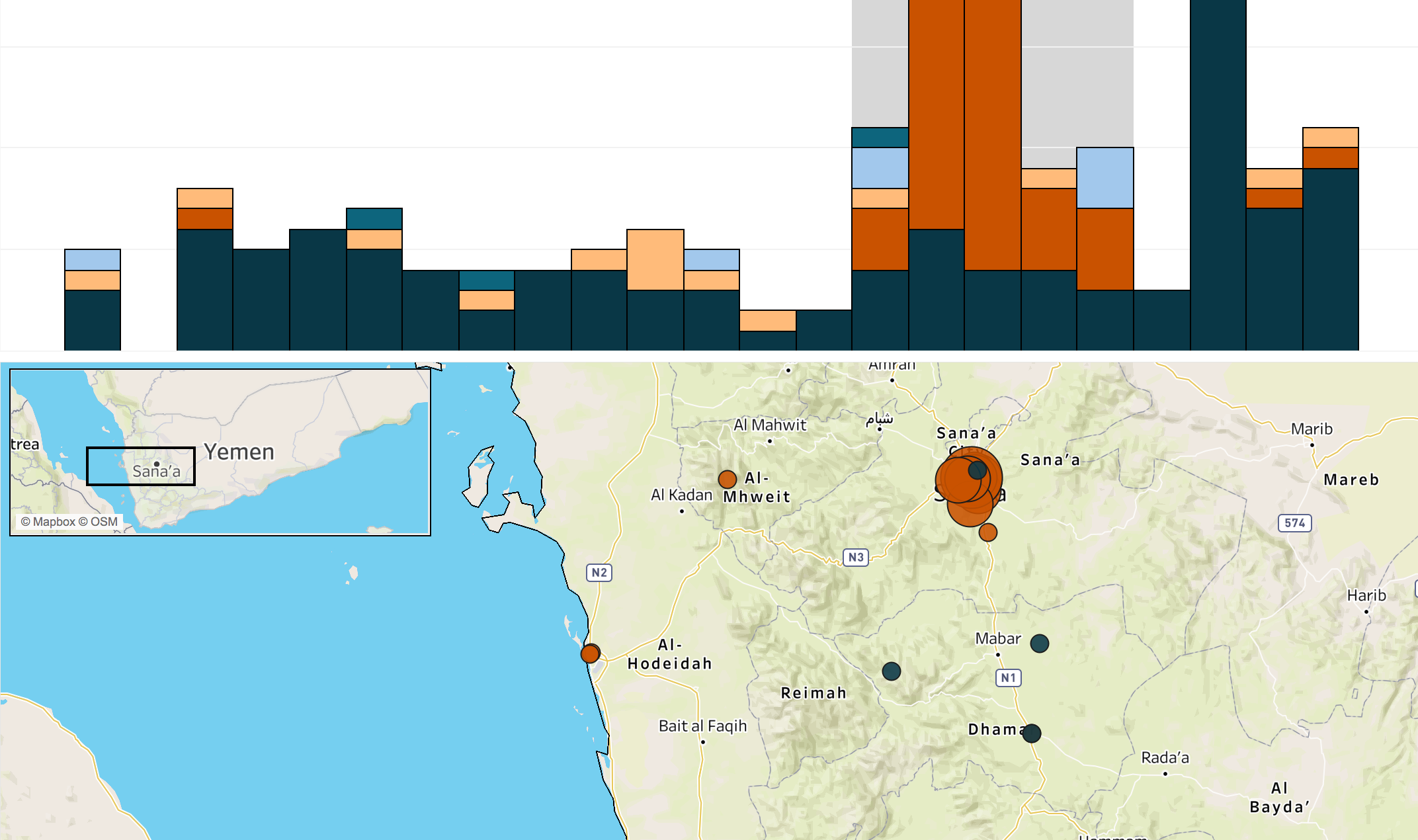 Most religious holidays and festivals carry a potential for state repression and minority contestation. This is explained by three main factors: firstly, celebrations serve as a focal point in heightening identity salience; secondly, during major festivals, worshipers tend to defy state orders; thirdly, religious celebrations and rituals can disguise political claims and work as sites… 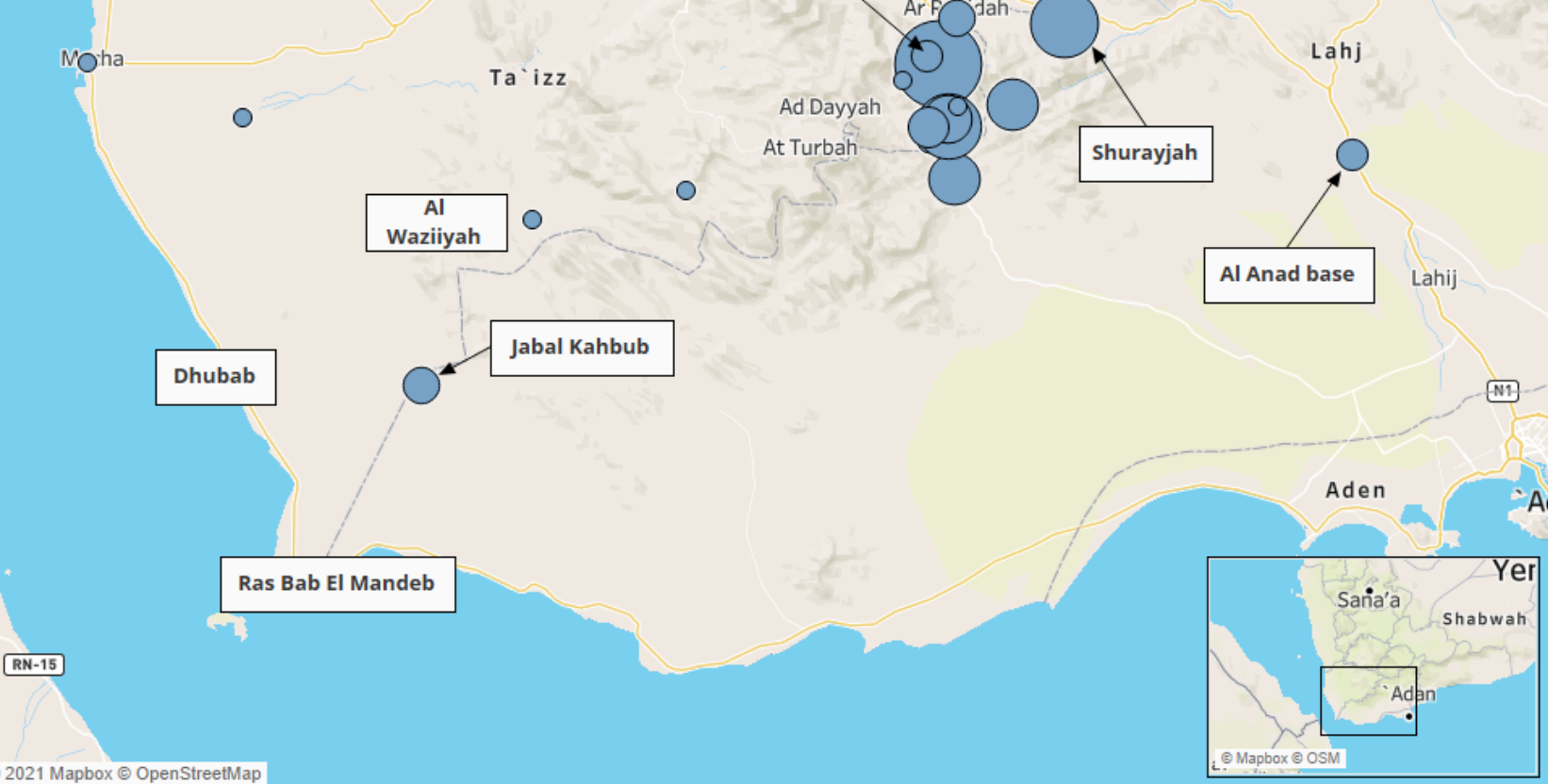 Little-Known Military Brigades and Armed Groups in Yemen: A Series This series maps the activity of little-known military brigades and armed groups proliferating throughout the conflict in Yemen. Mapping these actors has become relevant for understanding future trajectories of violence in Yemen as some of them have developed significant combat capabilities with shifting allegiances. While… 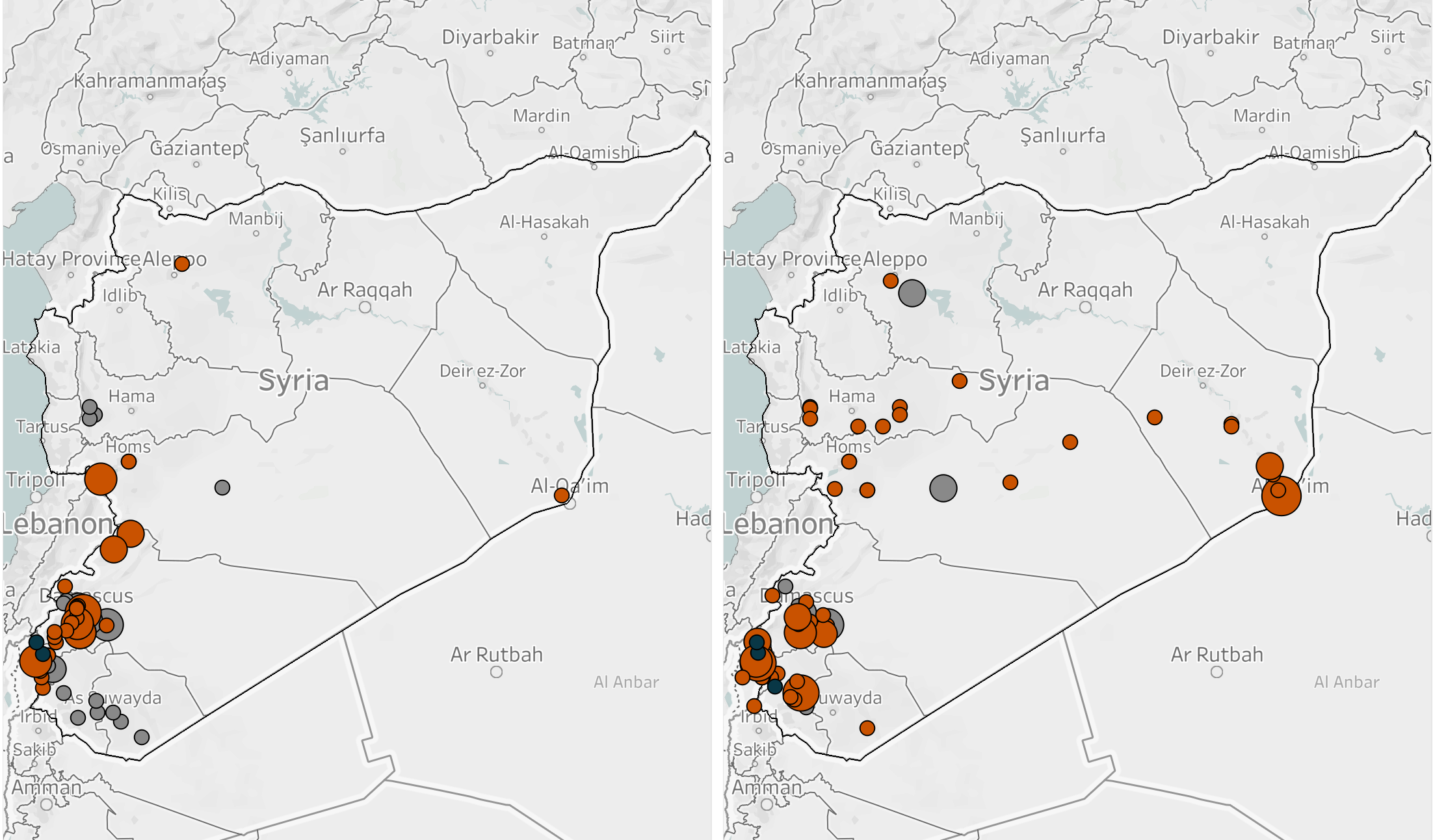 Ten years since the start of the war in Syria, conflict dynamics vary across each region of the country. This report maps the latest conflict developments, with a focus on the northwestern, southern,1In April 2021, drawing from media sources, ACLED added more than 1,100 events to the dataset. The new data covers a range of… 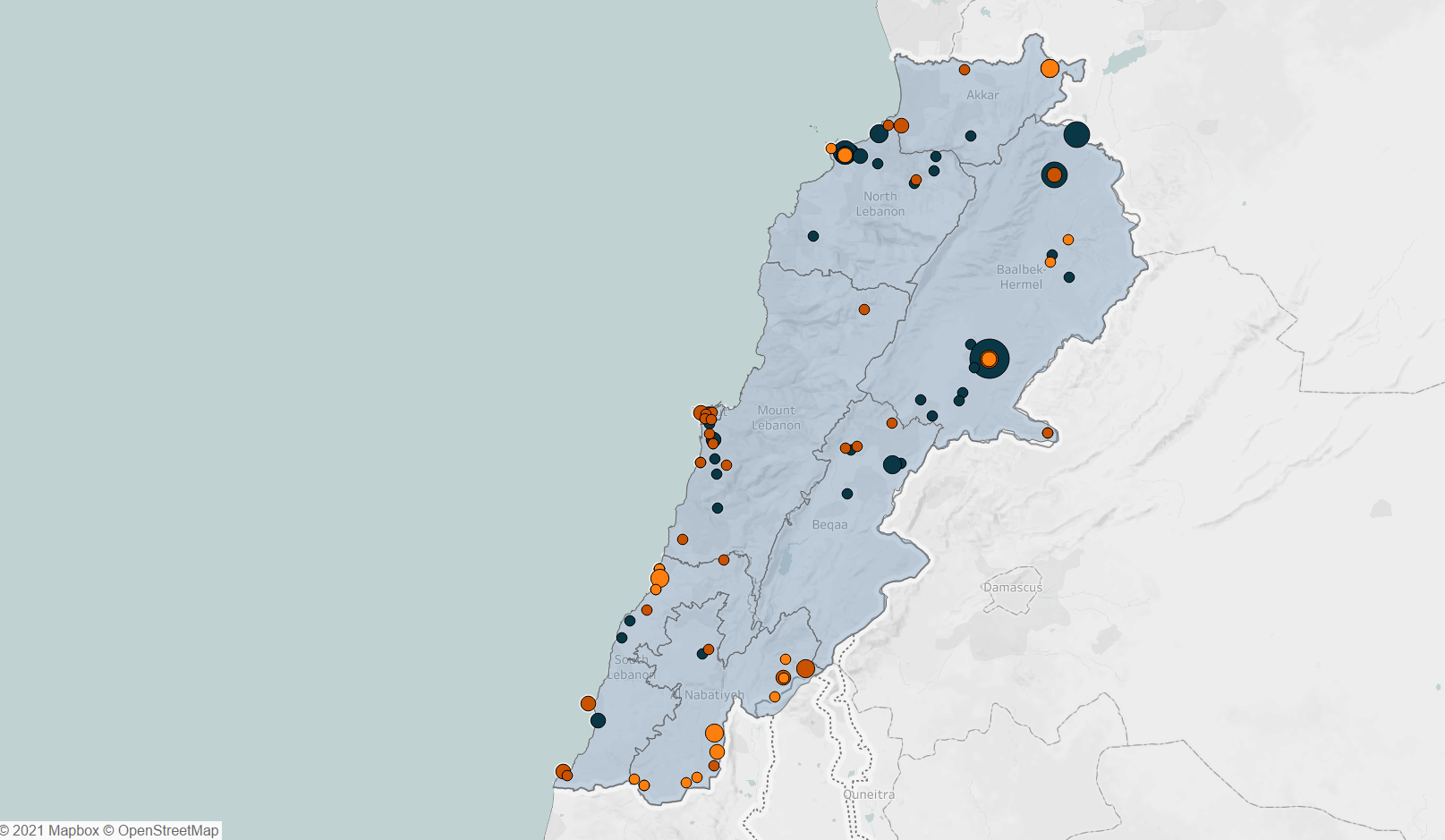 ACLED has completed a review of the Lebanese news outlet El Nashra in a monthslong effort to improve coverage of political violence and protest throughout Lebanon. The data release has resulted in the addition of over 2,000 events to the ACLED dataset, accounting for approximately a fourth of the total events recorded between 2016 and…