Counter-Insurgency and Violence Against Civilians in Eastern Congo 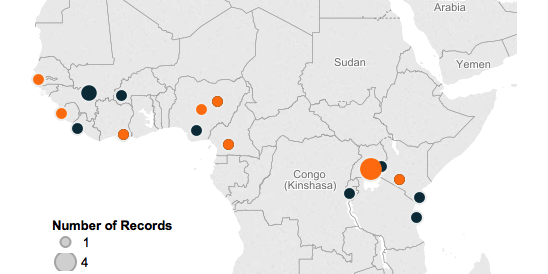 Since the beginning of 2015, numerous offensives have been launched by the Armed Forces of the Democratic Republic of Congo (FARDC). These include operations against Rwandan FDLR rebels in North and South Kivu and Katanga, Ugandan ADF rebels in the areas north of the town of Beni (which has been the site of frequent attacks on civilians), the FNL around the Uvira plateaus, FRPI militiamen in the territory of Walendu Bindi, and the APCLS in the Lukweti area. However, despite these operations, many of which are still ongoing (see Figure 1), violence against civilians and between the various militant non-state actors continues in these regions, with new trends emerging, such as inter-communal violence between ethnic militias in the Manono area and surrounding locales. 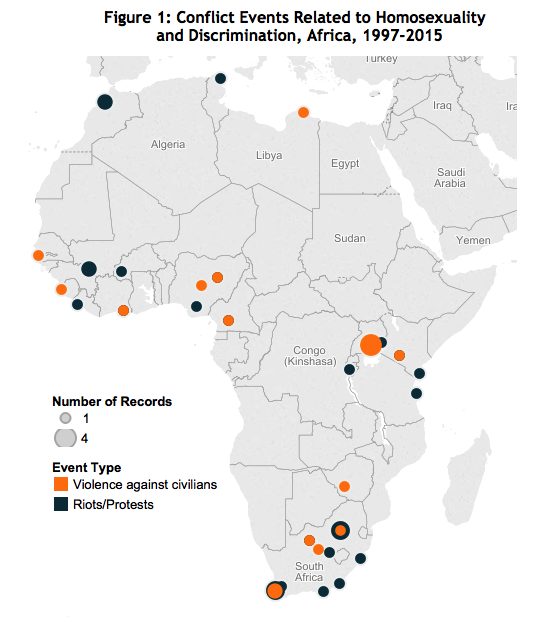 The number of battles in the eastern region of the DR-Congo, including Orientale, Katanga, and the Kivus, rose in February and have stayed high relative to preceding months. However, although fatalities from battles fell in March following claims of successes in February, such as territory reclaimed from the FDLR, and later from the ADF in March, fatalities have been rising since, from a low of 22 to a high of 72 fatalities from battle events in May.
Somewhat counter-intuitively, events of violence against civilians spiked in March, which saw the beginning of FARDC’s offensive against the ADF and followed the launch of an offensive against the FDLR in February. The number of fatalities arising from violence against civilians dropped slightly between February-March, but has risen dramatically since then (with a sharp spike associated with the discovery of a mass grave in the Kinshasa area in April), but remaining nevertheless far above the annual average, at 125 deaths in May (see Figure 1). Although civilian targeting is not limited to the groups targeted by ongoing military operations, such as the FDLR and ADF, both groups are the primary named culprits of violence against civilians: since the beginning of 2015, the ADF have been responsible for 18% of all reported civilian fatalities; and the FDLR for just under 10% (see Figure 2). Unidentified armed groups, under whose mantle multiple factions and organisations may operate, remain, however, the most active perpetrators of anti-civilian violence, and responsible for the largest share of associated reported fatalities (63% as of January 2015). 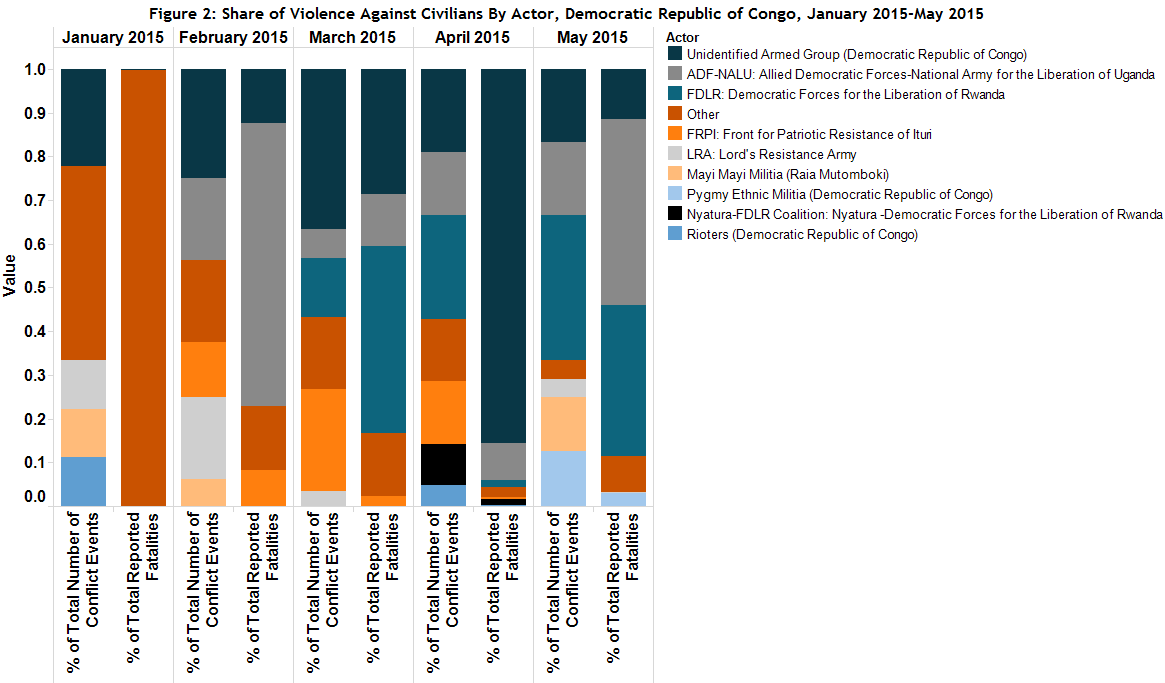 There is concern that military offensives might lead to blowback on the civilian populations in contested areas, acknowledged during the launch of military operations (IRIN, December 16, 2014). Not only has this rise in conflict been confirmed in the rising numbers of attacks on civilians and resulting fatalities, but the potential cover which could have been provided for civilians by the UN’s MONUSCO force was undermined by the withdrawal of support which occurred following concerns over the human rights records of the generals put in charge of the FARDC operations (Africa Review, March 11, 2015). Although it appears that MONUSCO may resume support to FARDC operations following a recent attack by suspected ADF rebels in which two Tanzanian peacekeepers died in early May (Deutsche Welle, May 6, 2015), it is likely that violence against civilians will continue to be used by armed groups in the eastern DR-Congo as a tool of intimidation and deterrence (RFI, March 9, 2015).