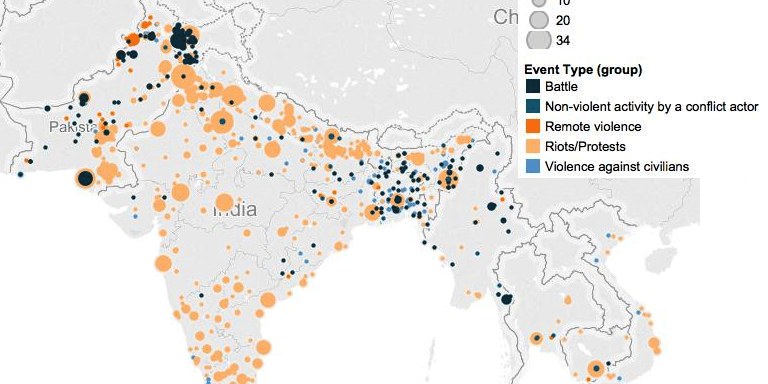 ACLED releases up-to-date Asian conflict data on a monthly basis. The latest data — covering Asian conflict from January through August 2015 — can be found here. (For previous Asian data releases, see earlier posts on the topic.) The latest conflict trend report — covering political violence events in Pakistan, India, Sri Lanka, Myanmar, Nepal, Bangladesh, Thailand, Vietnam, Laos and Cambodia — can be found here. Trend reports will be published quarterly for the first period of the ACLED-Asia extension, after which, similar to the ACLED-Africa project, they will be produced monthly. We will continue to backdate our available data from 2010 for all countries and will release country datasets as they become available. 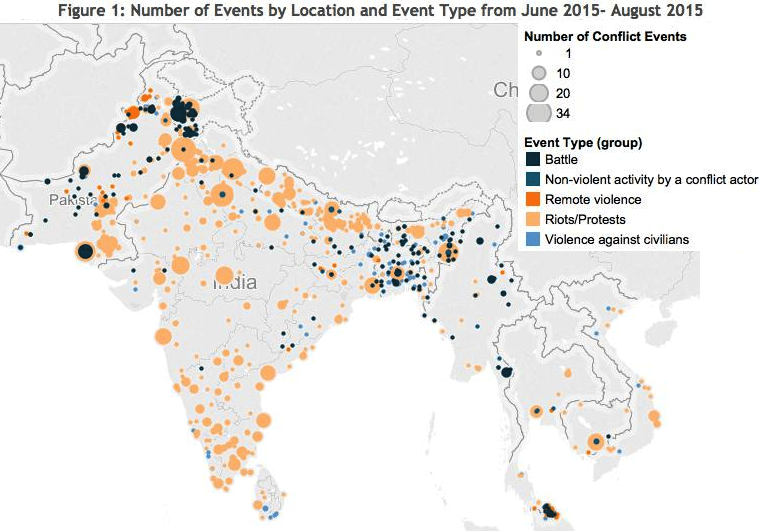 Over the summer, ACLED-Asia saw a significant decrease in politically violent events throughout the subcontinent and Southeast Asia (see Figure 2). The decline in violent events is likely due, in part, to the start of the holy month of Ramadan, which ran from June 17 – July 18. In addition to the occurrence of Ramadan, the general decline in the previous quarter continued throughout the summer. 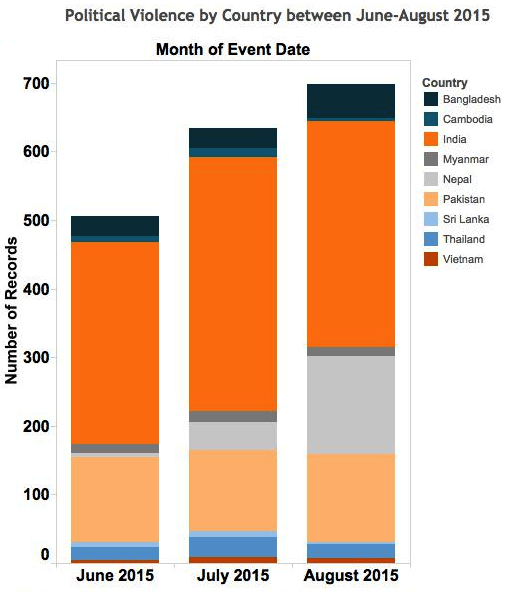 ACLED incorporates reporting on non-violent protesting into these counts by country and month; over the last eight months protests have continued to dominate recorded events. Consistent with past trend reports, protests in India topped Asia’s charts, with a summer average around 250 protests per month followed by Pakistan with 75 protests monthly. Elsewhere on the subcontinent, events spiked in August in Nepal with elections spurring both violent engagement and non-violent protests. Vietnam and Cambodia both saw a general increase in the number of protests reported in the media. Despite the fact that Vietnam and Cambodia’s number of protests are comparably quite low to the rest of the region, the rise in public reports on protests is significant. 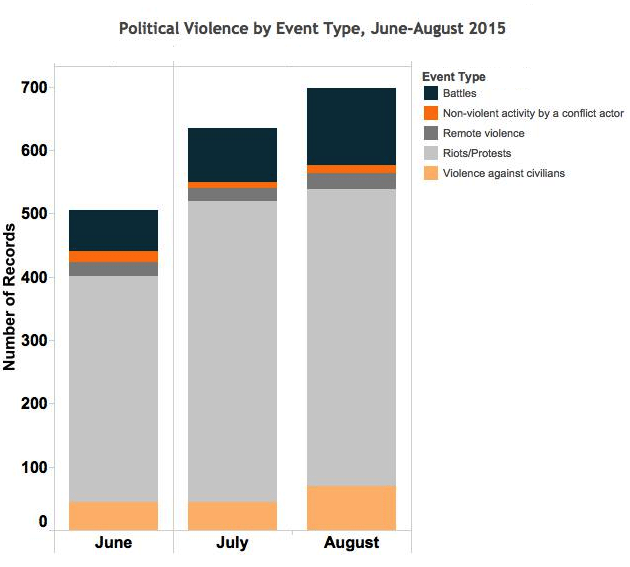