What’s next for Mugabe? 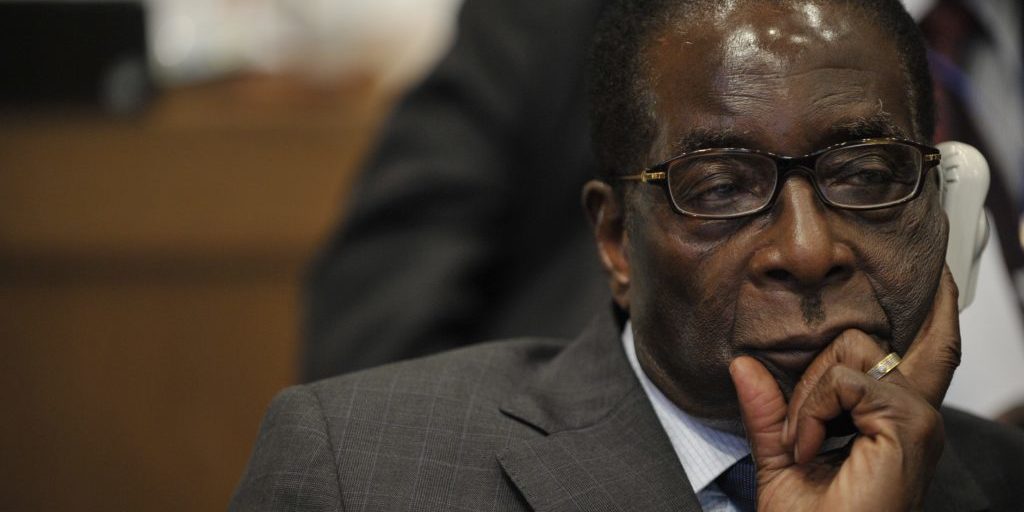 After the ZANU-PF’s Central Committee’s unanimous vote on 19th November 2017, Mugabe is no longer First Secretary of the ZANU-PF party. But, Mugabe is not purged from the ZANU-PF party, and this decision has no bearing on Mugabe’s position as President of the State of Zimbabwe. Mugabe’s party position is only of importance if the 12th December‘s Extra Ordinary Congress is moved closer, and if it appears that he will attend. Moreover, although Emerson Mnangagwa was voted as ZANU-PF’s First Secretary at the Central Committee meeting (subject to ratification by the Congress), and was expected to ascend to the presidency in the wake of the military action, he has been conspicuously absent from the public eye.

Although he was expected to announce his retirement in a televised speech on 19th November, Mugabe instead took advantage of the military’s failure to declare a coup and treated the military’s intervention as a suggestion for improvements to his leadership. By seeking to nullify the appearance of a coup, and by seeking to have the leadership changed via the party and state, rather than through force, General Chiwenga and the military elites have allowed Mugabe to win extra time. But to do what?

The situation as of 20th November is that there are two options to remove Mugabe from his state position:

For both scenarios, Emerson Mnangagwa needs to be placed back into ZANU-PF (done as of the 18th November) and in a state position (not yet done) for him to resume any position. But, these scenarios differ in key respects: 1) when a replacement needs to be incorporated and 2) how a replacement can be incorporated and 3) what happens to Mugabe following the procedures.

If Mnangagwa does not have a position, there are several other candidates who could assume the position of president if Mugabe were impeached. There is no legal provision that states that the leader of the State must be in ZANU-PF or be the party’s president. The constitution specifically requires the party in government to nominate a replacement for a President who has been impeached, and they have nominated Emerson Mnangagwa. ZANU PF has up to 90 days to nominate a replacement and write to the Speaker. The person assumes presidency as soon as the speaker receives the nomination. This can be done immediately after impeachment, or replacement.

Option 1 requires a vote by seated Members of both houses of Parliament, including the 210 elected MPs, the 60 Women’s Proportional representatives, and the 80 members of the Senate. 233 votes are required for impeachment. ZANU-PF holds 174 of the 210 seats in parliament; and the opposition holds 34 seats; independents hold 2 seats. Women’s positions are proportionally allocated, as are Senate positions. Therefore, 23 positions in the women’s caucus are opposition-appointed, and 37 are ZANU-PF-appointed. 37 Senators are ZANU-PF-appointed, 23 are MDC-appointed, 18 Senators are Traditional Authorities, and 2 Senators are appointed to represent disabled constituents.

If a vote were to be held, it is crucial that the approval is 233 votes or above to impeach Mugabe. The breakdown is as follows by party: ZANU-PF has the lion’s share of votes: if every party member voted for impeachment (and no one else), the total would be 234 votes. But  ZANU-PF is deeply factionalized, and it cannot rely on support from the G40 Faction or the Mugabe Loyalists who still represent a large portion of the elected and appointed political elites in Zimbabwe.  Ten members of the Parliament have been removed from this positions due to questionable allegiances.

To that end, two scenarios are possible. The best case is that the Mashonalands (East, West and Central ZANU-PF) supporters will not vote to oust Mugabe (total of 63 MPs). That is his home area, and the basis of G40 support. Applying a similar logic to the Women’s and Senate votes, 40% of their members are estimated to be likely supports of G40 or the President. 40% of ZANU-PF cannot be relied upon to vote for a Mugabe impeachment, and it is the estimated baseline rate of G40 support. If multiplying both the Women’s and Senate’s support for impeachment by .6, 22 people in each group may support the initiative. In addition, we presume all opposition support goes towards impeachment, all traditional authorities and the two representatives of the disabled. Traditional authorities are more likely to support Mnangagwa movement over G40, as a key member of G40 (Saviour Kasakuwere) was Minister for Local Government during a particularly difficult time for customary authorities. The best-case total is 257 votes for impeachment; that is 24 over the necessary amount of votes.

For a more conservative case, consider half the party’s support for impeachment across the board (instead of 60% as in the above examples). Half may be more likely, as a vote to impeach Mugabe is a vote for Mnangagwa. But, many do not support Mnangagwa. The support behind the G40 movement is best understood as “anti-Mnangagwa” rather than pro G40. With half the support from the elected ZANU-PF MPS,  ZANU Women’s representatives and Senators, the remaining support is again dependent on the opposition and the Traditional Authorities and disabled. But every single member must be present for this scenario to result in 233 votes. If 1 person is missing for the Impeachment seeking group, the total is 226 and the vote is lost.  Essentially, this vote depends on people showing up.

Conclusion: it would be difficult, but possible, to win a House Impeachment Vote. But only with the help of the opposition, particularly MDC-T, so the opposition should have their demands clearly identified now. In every realistic scenario, the opposition is crucial.

The second option is for a cabinet vote to implement section 100 of the constitution. That section states the following:

This means that the Cabinet can introduce Section 100 and have a 50% vote on relieving Mugabe of presidential responsibilities. The position of Acting President is then held by the last acting President from the pool of two Vice Presidents. There are a few key problems with this scenario.

Despite several people being recommend for expulsion from the ZANU-PF party, no one has been expelled (barring EDM) from their state positions. Every member of the Cabinet to date is therefore a voting member of a 43-person Cabinet. To impeach or make any substantial changes, a 50% vote share is required. If both Mnangagwa and Mugabe cannot vote, then 22 Ministers need to vote to impeach Mugabe.  But Mugabe has largely packed the cabinet with loyalists, so this vote depends on people not showing up.

The Cabinet is seriously divided by factions. In addition to the G40 and Lacoste factions, there are several Cabinet Ministers who have allied solely with Mugabe, and others who have had a mixed relationship – they are loyal to Mugabe, but appear to lean towards one faction or another. The following table breaks down these results of open association with a faction. As noted, there is a very small EDM faction, partially due to a Cabinet reshuffle and partially due to strong pressures to not claim EDM support in recent months. G40 members were ‘rewarded’ with a number of positions during this reshuffle. If the Mugabe-G40 group votes with Mugabe as well, that is already enough to sink the cabinet vote.

That leaves those in favour of EDM directly (6) and indirectly (3), and those who support Mugabe (12), for a total of 21. One more vote is needed at the very least.

It is also unlikely that all twelve Mugabe-supporters would vote for EDM to overtake the position. Why does this matter? If the vote was about G40, or even about EDM, these people might be in play. But this is a vote about the person who placed these people in positions of power, when they could not generate the leverage themselves. They are loyal to Mugabe, especially during impeachment.

Conclusion: Mugabe cannot likely lose and EDM cannot win a cabinet impeachment vote. If it were not EDM, and instead were Minister Sekeramayi or Kemba Mohadi, the Lacoste faction might have a chance and could appoint EDM later. But, Mugabe would likely win a vote in cabinet regardless. This option is very unlikely to succeed.

In both scenarios, the the Vice-President takes over until ZANU-PF nominates a new President and notifies the Speaker.  So, Mr Mphoko, the sole current Vice-President, will take over as Acting President, regardless of the fact that he is ‘absent’. However, ZANU-PF can notify the speaker immediately of their choice in Mnangagwa allowing him to become acting president through paragraph 14(5) of the Sixth Schedule to the Constitution. The new President will hold office until the next general election, which must be held before 23rd August 2018.

These scenarios are designed based on the African Cabinet and Political Elite Data Project (ACPED) and the Radar Project of Zimbabwe. ACPED is based at the University of Sussex and is Prof. Raleigh’s project. Radar is an assembled group of political analysts in Zimbabwe and the United Kingdom.

Clionadh Raleigh is a Professor of Political Geography based at the University of Sussex. She directs the ACPED and ACLED projects and is part of the Radar group.

Helen Morris is a researcher based in Harare. She works with Radar, ACPED and ACLED.