How Does Islamic State Activity Differ From Other Groups? 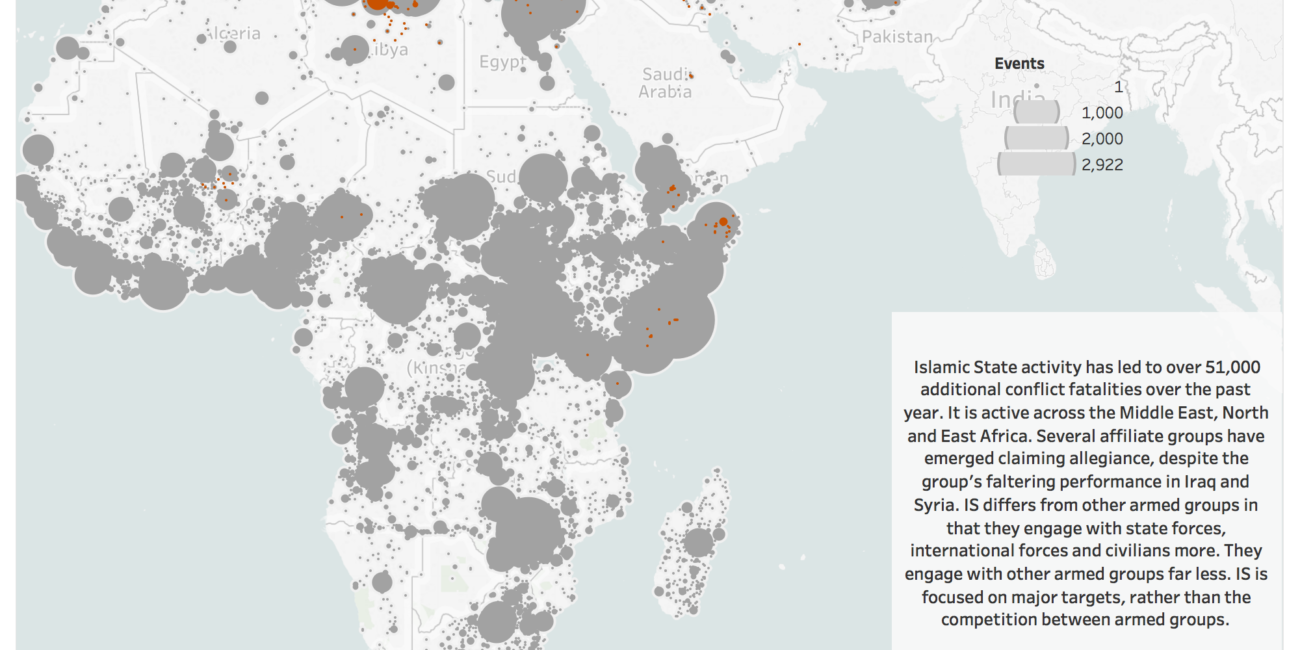 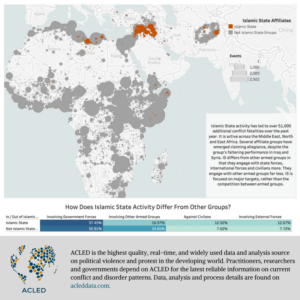 Islamic State activity has led to over 51,000 additional conflict fatalities over the past year. It is active across the Middle East, North and East Africa. Several affiliate groups have emerged claiming allegiance, despite the group’s faltering performance in Iraq and Syria. IS differs from other armed groups in that they engage with state forces, international forces and civilians more. They engage with other armed groups far less. IS is focused on major targets, rather than the competition between armed groups.